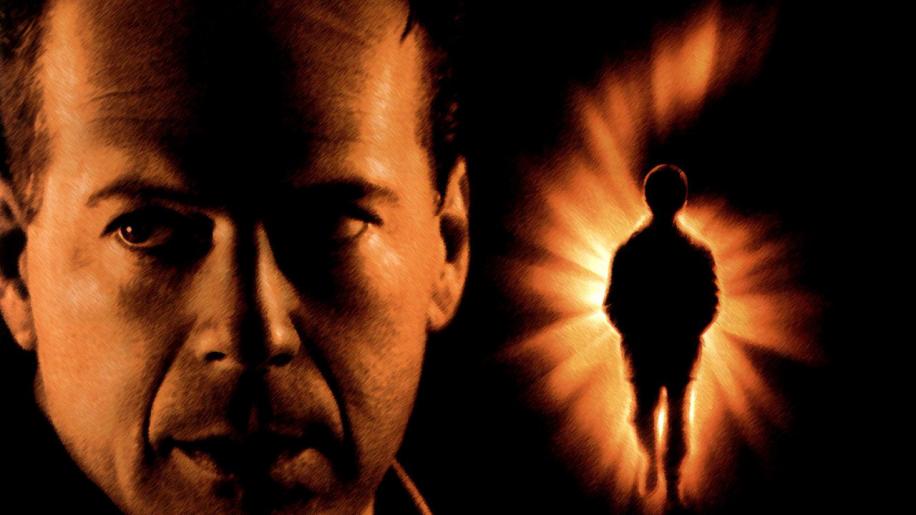 The anamorphic widescreen image in the 1.85:1 aspect ratio is superb. The image is pristine throughout with not a hint of grain. Colours are intentionally muted with the exception of reds which are stunningly prominent. Blacks are very good but could have been very slightly deeper. There does seem to be a tendency for a greyish hue over some images which is the only reason I didn't give the rating a perfect 10. This is by no means intrusive, but if critical, it was noticed. The lack of edge enhancement is welcome and gives the image a very natural, smooth, yet extremely detailed quality. I have noticed this tendency with all of M. Night Shyamalan's movies so it probably has something to do with the filming/post production of his films. They all have this smoothness, yet detail which I really like and along with the lack of grain gives the image a real snap.

This DVD comes highly recommended for its superb image quality. This version (Collector's Edition Series) lacks the DTS soundtrack found on the Vista Series Special Edition so 'only' comes in Dolby Digital 5.1 Surround. But boy does it still sound great! The real beauty of the soundtrack lies in its expansive spaciousness and open sound. This is helped considerably by the musical score composed by James Newton Howard which with its orchestral lightness, yet dramatic moments really bring the sound to life.

There is not too much call for deep bass as most of the movie is dialogue led, but during the more dramatic scenes, the dynamics are excellent and more than up to the task. Voices are nigh on perfect and are always clear and defined. Their tonal balance is full and rich without being either too deep or too bright.

The real appeal of the sound lies in the use of the surrounds. Effects come from all around you and this helps considerably to raise the tension of the story without drawing notice to themselves which is just as good surround effects should be. If you have the ability to listen to this movie in full surround, then I can guarantee that this film is all the better for it. Turn the lights off, turn the sound up and prepare to be scared. Plenty of extras are offered here. First we have the obligatory 'Storyboard to Film Comparison'. Introduced by M.Night, this looks at how the storyboard sketches where transformed into the actual movie footage and how storyboarding is an essential way of gauging how a movie will play out.

Next we look at 'The Cast' with interviews from all the main cast including Haley Joel Osment, Bruce Willis, Toni Collette and contributions from the Director and Producer. I really enjoyed this section as you get a real feel for the dedication and commitment all put into this venture. Lasts about 6 minutes. Then we move onto the 'Music and Sound Design'. Again contains interviews with M. Night and also composer James Newton Howard. Looks at how the music was created to tell the story and what emotion the music should create at any one moment. The sound is revealed as having all background noises composed of human breaths. This acts to create a sub-conscious feeling of anticipation and imminent doom. Also contains scenes from the movie with just the music overlaid and without the speech.

'Reaching the Audience' looks at how the movie was promoted and what it was up against upon its release. It examines the target audience and how the movie became a great success through word of mouth. This section is mainly interview driven. 'Rules and Clues' examines how the makers had to set down rules for the story and that these rules were followed throughout the movie. Rules about how ghosts can and cannot interact within the real world and how they laid down laws regarding any supernatural events that occurred and basically is their method of ensuring there are no holes in the plot anywhere and it really does work. Clues are spread out throughout the movie to subtly lead you to the conclusion. These may well not be apparent on first viewing but you'll love watching it again after this and searching for them all.

'Deleted scenes' are introduced by M. Night and features 4 scenes including 'Toy Soldiers' which shows Cole (Osment) playing with some soldiers and reveals how knowledgeable he is of historical events much to the surprise of Crowe (Willis) and 'Visit to Mr. Marschal' which is a 7 minute scene completely removed from the movie and features Cole visiting an elderly man to reunite him with a set of diaries written by his wife who died many years before. The whereabouts of these diaries was given to Cole by Mrs. Marschal. Next is a scene titled 'Return to Mr Marschal' which follows on from the previous scene and sees Crowe return to see if Mr Marschal has improved since the previous visit. Lastly is the 'Extended Ending' which was removed because it ended the movie on a sad note which was not wanted eventually by M. Night.

'A Conversation with M. Night Shyamalan' features an interview with M. Night and looks back at his life and his road into making movies when all his family are doctors or in the medical profession. He looks at his movies and his early days back in India. Also looks at his fascination with fear and being scared. Fascinating! 'Publicity' features three trailers for The Sixth Sense and 'Cast & Filmmakers Bios' has text detailing previous appearances by the cast in other movies and movies made by the Director, Producer, Editor etc. There is finally an Easter Egg in the form of a book at the bottom of this page which if you click on shows you the very first movie made by M. Night when he was a mere teenager shot with a video camera. He's come a very long way! That's about it for the extras besides a few trailers for other movies including Mission to Mars and The 13th Warrior. Plenty to keep you interested long after the movie ends. The Sixth Sense is one of my favourite movies. It has so many brilliant facets and is so much more than just an average chiller. The direction is superb, the acting first rate, the story is original and inventive and the scares are more psychological, than visual. A thinking man's (or woman's) horror that you'll watch again and again.