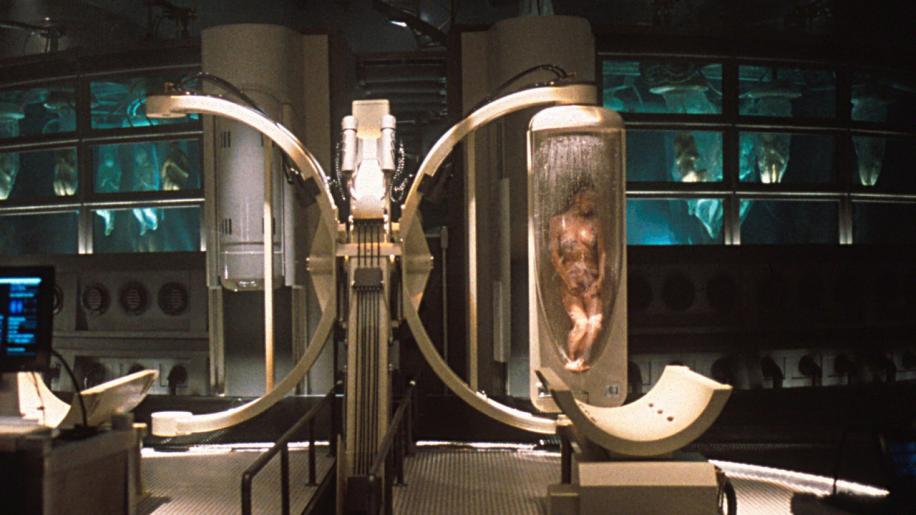 6th Day's 2.35:1 (the packaging is erroneously labelled 16:9) picture quality is fairly good, but suffers from dirt marks and bad artifacting. Look to the scene where Adam's wife is first filmed, about 4:30 into the movie. You can clearly see banding and artifacting on her arms and face. Look, too, to the introductory American Football match where similar problems exist. Colours, while never blurry or bleeding into one another, are a little too exposed, too vibrant at times. As Adam walks into the shopping mall on his way to a Re-Pet store is a case in point. Despite these problems, the picture does retain above average levels of detail and sharpness, especially in some close-ups, Duvall's hospital scene in particular standing out in this regard.

Right, then: three cheers for the full bitrate DTS track, hooray! It is a shame, then, that it merely sounds a little bit louder than the Dolby Digital one. As far as sound is concerned, this disc is an interesting one. It is clear (see further) that both tracks have been mastered from the same material; therefore, comparisons are more salient than normal.

6th day does have a really OTT soundtrack that never lets up after the first act. However, there are crackling distortions in at least four places, but most prominently when a helicopter gets blown up towards the end of the movie (1h 24m 37sec). These distortions appear in both DD and DTS tracks, leading me to think they share their master recordings with each other. If it weren't for these distortions, the score would be much higher, both DD and DTS presenting a fiery mix of bass and accurate treble. Those with 7.1 systems will gain some benefit, but not much, from the additional rear speakers, an early car chase scene proving to be the best sonic sample. Overall, once the 2db or so volume deficit is taken care of, both tracks sound very similar indeed.

In an age where there are Lord of the Rings, Hellboy or Shaun of the Dead, 6th Day's paucity of genuinely engaging extras cannot be accepted. The isolated score is okay, but of interest to only hardcore music fans, many points re-visited throughout. The Future is Coming is a standard Making Of... docco which pretty much has all the high points of the movie in it. Tony Goldwyn does seem to be very switched on, though, clearly having done lots of research in the area of cloning, or else has gained this knowledge through the movie's subject matter. The SFX spots are okay, but nothing special and even the Re-Pet spoof commercial, which could have been so much more, seems flat and humourless. A Schwarzenegger or director and cast commentary would have been nice (though Schwarzenegger may have been a tad expensive, perhaps). So, too, would some serious in depth documentaries detailing the current state of the art in cloning and how this relates to the movie. Alas, this is not to be.

The mediocre overall score is only so because of sub par picture and flawed sound. The movie itself is a good one, better in my eyes than the overrated Minority Report. Unlike that movie, this one has a sense of character, of asking questions, but still allowing the movie to fly along. Most importantly, 6th Day is plain fun. I just wished the ending could have had more flair.