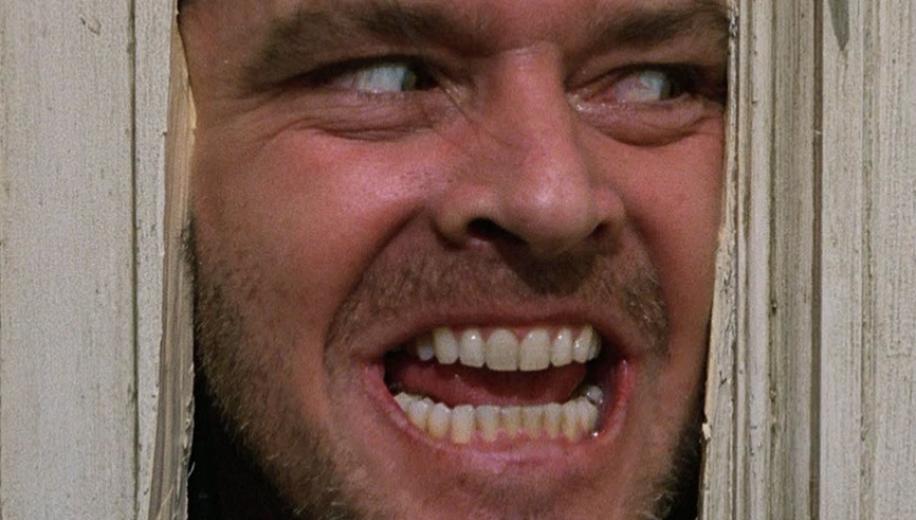 Menacing and macabre, The Shining, is just as affecting and effective as when it was first released.

When Stanley Kubrick turned to horror, he interpreted Stephen King’s, The Shining, and turned it into a must-see picture. Like the best interpretations, Kubrick filleted the novel down to its bare essentials and gave the audience an exercise in horror. Hated by the author who felt the casting was wrong and that the film missed the point he was trying to get across, and lambasted upon its initial release, The Shining quickly became recognised for what it is – a masterpiece. Psychological terror that simply never lets up, puts the audience through the wringer and leaves them wasted and drawn.


The Shining, quickly became recognised for what it is – a masterpiece

Boasting career-defining roles for both the leads of Jack Nicholson and Shelley Duvall, Kubrick’s relentless pursuit for perfection led to some of the most sympathetic acting ever put to film. And that perfection seeps into every facet; be that the sound design, the set design, or the very words in the script – nothing is left to chance and the whole is magnificent and unravelled.

The story of a caretaker of a hotel going mad has never been so calculated and so natural from the outset; the tension builds right from the very first frame of the car driving on the winding road until it becomes almost unbearable at the climax; an incredible re-write that is so natural it makes much more sense than that of the book!


The Shining was shot using Arriflex 35 IIC and Arriflex 35 BL cameras on 35mm film. The source for this release was made from the original camera negative which was scanned at 4K resolution and then utilised for the creation of this Ultra HD Blu-ray release. The disc presents a native 4K 3840 x 2160p resolution image in the widescreen 1.78:1 aspect ratio, and uses 10-bit video depth, High Dynamic Range in the form of both HDR10+ and Dolby Vision, and is encoded using the HEVC (H.265) codec. We reviewed the Region free UK Ultra HD Blu-ray release of The Shining on a Panasonic 65DX902B Ultra HD 4K TV with a Panasonic DMP-UB400 Ultra HD Blu-ray player.


Another spectacular filmic representation on this format

Wow, another spectacular filmic representation on this format. The combination of the extra resolution resolving every minute bit of detail from wrinkles around Nicholson’s eyes, to the fluff on Danny’s jumpers to the pile in the carpets, and the WCG and HDR which give a richness and vividness to the colours, be that the autumnal leaves of the opening car journey through the winding roads (simply stunning) to the depth of reds and yellows as the film progresses, with a black level that pushes the frame deeper than it ever has been, means this image is out of this world.

The original source is pristine, there are no digital issues and the whole is left with an organic sheen of grain that never interferes but gives the picture a tremendous filmic look, which is simply incredible.

The English DTS-HD MA 5.1 track manages to entice and enthral with its deep sombre notes and surround environment. The surrounds are used to pick out plenty of ambience, be that guests leaving the hotel to the eerie silence of the corridors. Bass is deep, but not subterranean, and used to fill out the score and that ever present heartbeat towards the latter half of the film.


The whole sound design is terrific, pulling you into the terrifying plight

Dialogue is natural sounding and dominated by the frontal array, but given some nice reverb in the empty hotel when needed. The score makes the most of the surround environment really placing emphasis on the spooky nature; indeed the whole sound design is terrific pulling you into the terrifying plight. Shame the original mono is missing though.


Although stilted on its original release and hated by the book's author, Kubrick’s The Shining really is just that – a Kubrick film. It is almost clinical in its portrayal with an ever-present depth of horror that simply never lets up. It is haunting, awful and terrifying made all the more real because not a lot really happens, but the dread is palpable. Gloriously macabre and a masterpiece.


The 4K UHD set from Warner is pretty good

The 4K UHD set from Warner is pretty good; the native 4K image is simply stunning, from detail to colour reproduction and black level, the filmic nature of the image cannot be understated – amazing. The DTS-HD MA 5.1 track makes to most of the sound design with an all-encompassing surround environment. The extras have all been seen before, however.