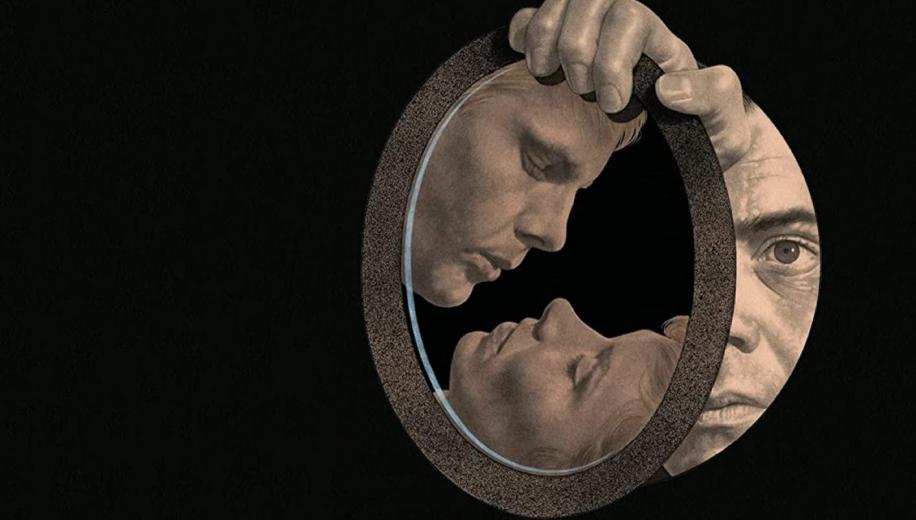 An icily sinister psychological drama that Bong Joon-ho's Parasite more than owes a considerable debt to, comes to 4K Blu-ray with a wonderful new restoration from StudioCanal.

Celebrating a century since the birth of British acting legend Dirk Bogarde gives us the opportunity revisit some classic British films that may have drifted away from the consciousness of the modern cinema-going public. Balancing the mainstream, as an early matinee idol, with the more left-field film choices especially in his later career, he was always an intriguing actor, no doubt helped by the extraordinary life he lived (outside of his cinema work, he was one of the first allied officers into the concentration camp at Belsen during his WWII service and he was a prolific and acclaimed writer to name just a couple of his accomplishments). And seeing his work in this 1963 BAFTA-winning Joseph Losey classic, it's all the easier to appreciate his ability.

Adapted by Harold Pinter from a 1948 novella, it’s a stunningly realised trip into the minds of two men and the worlds they inhabit. Bogarde is an experienced man-servant in desperate need of a new job following the death of his previous employer; James Fox (A Passage to India, Patriot Games, Sherlock Holmes), in his first film role, is a wealthy upper-class bachelor in dire need of a firm hand as he does little but gallivant around London. And while the film is nominally about the toxic relationship that develops between these two men and the women that come in and out of their lives, it's about so much more...

It’s a film of metaphor and symbolism, what these two men represent as much under the microscope as the characters themselves – the sexual politics at play between the main foursome (rounded out by Sarah Miles and Wendy Craig and given added depth because of Bogarde’s own much discussed sexuality) shows a complex inter-relationship between how both Fox and Bogarde treat Miles and Craig; the ruthless interplay of the characters as much a show of the social and class-system upheaval going on in Britain at that time as they are plot beats within a narrative; even Britain’s colonial heritage comes under the microscope thanks to Fox’s ‘job’ involving deforestation in Brazil.

... one of the best British films to come out of the decade

But it's also the way that Losey employs cinematography legend Douglas Slocombe (himself a BAFTA winner for this film) to manifest the relationships and the agendas that similarly excites and fascinates in equal measure. Mirrors play a pivotal role in providing the audience with both a truth the characters are yet to understand (early shots have a mirror in Fox’s house distorting the images it shows, hinting at similar distortions of the image that the characters are presenting) and as a means to lull us into a false sense of security (a later shot of Bogarde and Fox which is the first to not be distorted seems cruelly designed to keep us wrongfooted as the third act begins).

And while the first two acts may play out entirely as some may expect – Bogarde and then Miles slowly burrowing their way into Fox’s life – the third act subverts expectations wholly. Beginning where most films have ended, the ultimate destination for Fox and Bogarde and their now very twisted relationship is surprisingly intricate. Reversals of role between master and servant and how this is arrived at are shown with a dark complexity, only hinting at the psychological damage being wrought on all. But in eschewing all the traditional endings for films that have a similar narrative at their heart, Losey and Bogarde give us a warped and seductive look at a traditional relationship undergoing some very non-traditional power shifts that says so much more about societal and gender politics than it shows.

Even though it could easily be called an ‘austere’ or even a ‘chilly’ film, it's one that endlessly intrigues because of its characters and their seething, sinister relationships, easily demonstrating its reputation as one of the best British films to come out of the decade.

The Servant comes to UK 4K Ultra HD Blu-ray courtesy of StudioCanal, who has undertaken a full restoration of the original camera negative, including a wet-gate scan at 4K of certain sections, that took over 450 hours of in-depth manual repair work, image stabilisation and scratch-fixing to complete.

For anyone who says that 4K, and all its associated bells and whistles, doesn’t add anything to black and white films, this is the film to show them. The minute the opening credits finish and the optical work ends, the shot showing Bogarde walking down a street past a row of cars is brimming with the kind of image quality that only 4K can provide: razor sharp detail on the car grilles could cut glass; the blacks of Bogarde’s coat deep and rich without ever feeling like detail in the shadows was being lost; and the presence of fine gain across the whole image, looking perfectly rendered, with no sign of any digital management of it in any way.

And these characteristics continue throughout the entire film. The minimal employment of any optical work means there is a striking level of consistency in the image throughout and the film is rock-solid with regard to its picture stability. As the film progresses, its use of HDR and DV to give the image a real richness starts to manifest as the greyscale on show is massive, with none of the usual issues associated with this, such as banding, present at all. Whites never bloom and those blacks remain inky and deep, all of which gives the image a huge amount of depth. Very little difference could be seen between the different flavours of HDR on the disk, both giving a hugely pleasing embellishment to the already very good image.

Compression is also good, with no instances of any frozen grain or any macroblocking noticeable throughout. Overall, there is a real texture and depth to the image, obviously supported by the stunning cinematography but done real justice to with the image on this disk. It’s a stunner.

It’s worth noting that Studio Canal did not send the accompanying 1080p Blu-ray so no direct comparisons between the 4K and 2K disks could be made. The reviewer also has not seen the previous 2013 StudioCanal release so again, no comparisons were able to be made.

The main soundtrack option present on the disk is a lossless English mono track. It locks to the centre speaker, no matter what upmixing flavour you employ and it's everything you would expect from a dialogue-focussed drama. That all-important dialogue is crystal clear at all times, with nary a hint of crackle or hiss underlying it at all. John Dankworth’s minimal but dark-tinted jazz score sounds rich and full, even without the benefit of a full speaker array to do its bidding and Cleo Laine’s breathy ‘All Gone’ that haunts the soundtrack is equally robust.

It's remarkably consistent throughout in terms of dynamic range, however it's simply not a track designed to test your audio systems. What it is however, is a soundtrack that fully matches the cleaned-up visuals and is yet another tool admirably employed in the telling of this particular tale.

Other language and subtitle options on the disk include German and French mono tracks and German, French and English SDH subtitles.

It’s a shame we weren’t provided with the extras disk by StudioCanal as they look a fantastic set of supplemental features.

A slow, creeping melodrama that gets under the skin, Joseph Losey and his cast and crew have given us a deliciously dark and almost insidious little human drama, at once an intriguing character piece and a pointedly relevant commentary of Britain as it entered the swinging sixties. Superb performances, especially from Bogarde and Fox, sell Losey’s vision and it leaves us with one of the sixties great underseen gems.

... a package worthy of the man its release celebrates

Which is perfect for rediscovery thanks to this gorgeous set from Studiocanal. A wonderful transfer and some interesting looking extras make this a package worthy of the man its release celebrates.

THE SERVANT opens in cinemas on September 10 and on 4K UHD Collector's Edition Blu-Ray, DVD and Digital on September 20.