"So many smells I've never smelled before! My nose is so confused, and happy!" 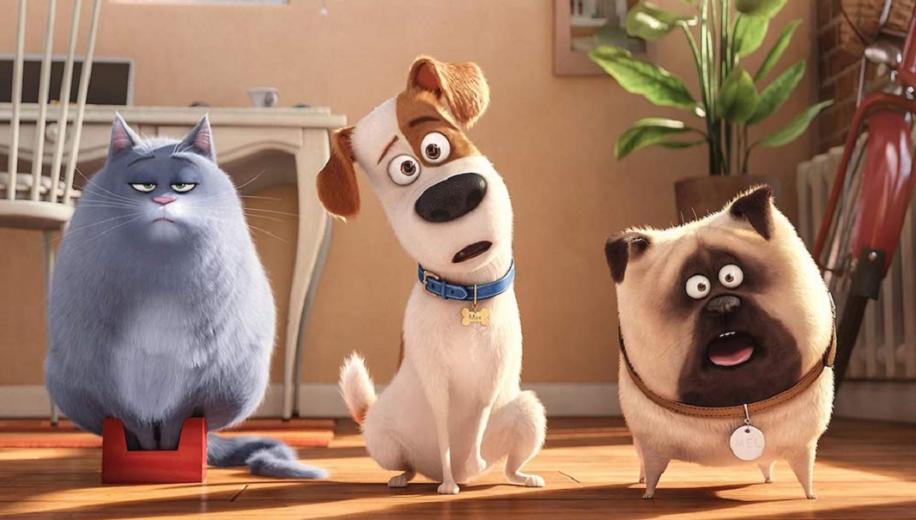 Children will be lost in the visuals, those older, not so much.

So, I’ve not seen The Secret Life of Pets, but the good news is, you don’t need to when watching tonight’s feature, The Secret Life of Pets 2. This follow up film has a number of competing story lines, but all centre, one way or another, around Max, and his new found fear of life due to the arrival of a new baby to the household. All the characters are back for another round and all get a fairly hefty bite of screen time, while the main story thrust relies on growing up, taking responsibility and shouldering life. Quite honestly, there is nothing new here, it’s all been seen before, but the lively characters do put a fairly good spin on an old tale (tail?).


It’s quite a harmless film, but smacks of ‘made for disc release’ rather than any artistic intent

What I couldn’t shake, though, was the feeling that this was a made by committee film in it purely for the merchandise (Snowball’s superhero persona for example), so whilst the children will probably get off on the wild visuals (and boy is the detail in the animation stunning), comic timing and madcap situations, those with a few more years under them won’t be fooled. It’s quite a harmless film, but smacks of ‘made for disc release’ rather than any artistic intent. So, just like a world weary Rooster, I’ll let the film run around and do its thing, I don’t have to engage with it.

The Secret Life of Pets 2 exists in the digital realm as a 2K DI which has been utilised for the creation of this Ultra HD Blu-ray release. The disc presents an up-scaled 3840 x 2160p resolution image in the widescreen 1.85:1 aspect ratio, and uses 10-bit video depth, High Dynamic Range with both HDR10+ and Dolby Vision formats available, and is encoded using the HEVC (H.265) codec. We reviewed the Region free UK Ultra HD Blu-ray release of The Secret Life of Pets 2 on a Panasonic 65DX902B Ultra HD 4K TV with a Panasonic DMP-UB400 Ultra HD Blu-ray player.

Quite a nice up-turn in detail shows just how defined the CG animation is, from animal fur to rusty poles to the tree bark; indeed the trees in Central Park look stunning even with the stylised drawing. WGC and HDR really add impact to the colours; there is a depth and vibrancy that the Blu-ray cannot compete with, with all the primaries coming off with aplomb.

Black level is strong, though the film seldom goes that dark, while the white scale is astonishing, with no clipping right to the top. The original source is pristine and there are no digital issues.

The Dolby Atmos track is a real stonker

The Dolby Atmos track is a real stonker with plenty of effects emanating through 3D space; be that ambience in the park, farm animals in a paddock or cars driving on the road. Dialogue is clear and precise and dominated by the frontal array, though there is some directionality when required. The score makes up a huge part of the surround experience with terrific separation and depth of sound. Bass is suitably deep, adding impact and significance to effects.

All the extras are found on the UHD.

Super Gidget – Mini-movie; Max has been kidnapped by squirrels and Gidget rescues him.
Minion Scouts – Another mini-movie; concentrates on the Minions in the ‘Badger Scouts’ looking for badges.
The Making of the Mini-Movies – Brief exploration of the making of these mini’s.
Deleted Scenes – Two minutes of excised material, titled: Wake Up, Duke Explores the Farm, Snowball in Training, and Secret Confessions.
A Tapestry of a Tail - The Making Of – 7 minute making of feature that covers a lot of ground for its short run time.
How to Draw – 7 minute feature with Head of Story, Eric Favela, showing how to draw Max, Snowball, and Chloe.
Frame by Frame - How to Make a Flip Book – 4 minutes with Favela creating a flip animation.
Character Pods – 16 minutes with the voice actors talking about their characters; covers the major players.
My Buddy and Me - Cast and crew talking about their pets.
The Further Adventures of Captain Snowball - Narrated and interactive motion comic controlled by remote.
Pets with Jobs - A Documentary – 7 minutes looking at real life service animals.
A Party Fit for a Pet – 7 minutes on how to put on a party for pets.
Relax the Cat: The Secret Life of Pet Massage – 4 minutes on how to massage your pets …..
Pops' Puppy Training School with Kevin Hart – 2 minutes with Hart tying to train a puppy.
Production Pets – Photos of the production teams pets.
Pat's Yule Log
Lyric Videos – Panda and It's Gonna Be a Lovely Day (Secret Life of Pets 2).

The follow up to The Secret Life of Pets is a fun filled fluff piece that owes more to the merchandising department than it does to artistic merit. Whilst the film zips along and children will be lost in the visuals and fun situations, those a bit longer in the tooth won’t be fooled with the by the numbers script and character developments.


Quite honestly there is nothing new here, it’s all been seen before, but the lively characters do put a fairly good spin on an old tale

The 4K UHD set from Universal is decent enough, and the up-scaled picture is bright, colourful, well detailed with good blacks, and the Dolby Atmos surround track is a real winner in terms of 3D effects and environment. The extras package is a mostly fluff, but at least it’s all on the UHD.