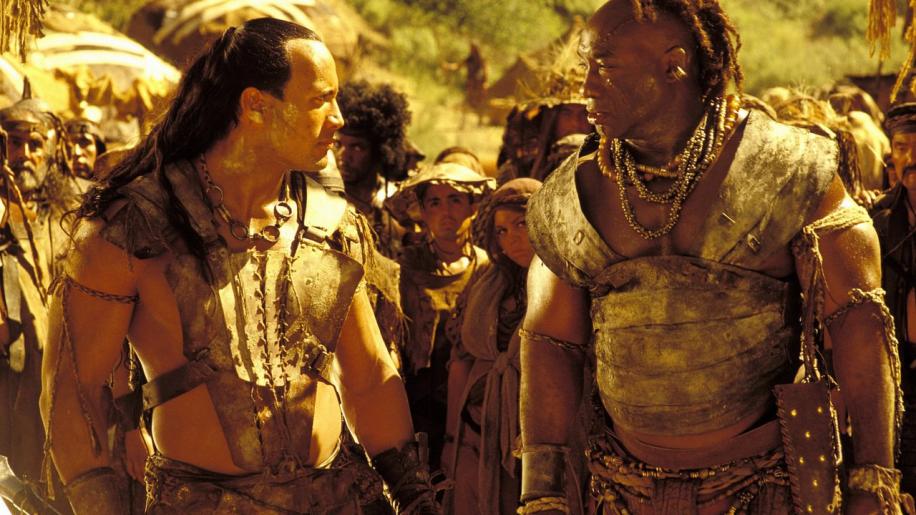 While The Scorpion King's anamorphic 2.35:1 initially appears to be very impressive, it's not without some minor problems. The image looks slightly softer than we would have expected, with faint halos ringing some objects and marginal hazing appearing during some night sequences. Still, colours are bright and bold, detail levels are generally high, the transfer is free from artefacting and the print is immaculate.

The DVD offers up the choice of either DD 5.1 or DTS sound mixes. Both offer an aggressive bass presence that floods the room, plenty of movement across the surround speakers, and impressive rendering of the film's music score (although arguably the DTS mix offers a slightly more open rear mix). Annoyingly (or not, depending on your view of the script) the overly enthusiastic mix sometimes overwhelms the dialogue, but it never happens enough to really ruin your enjoyment.

The main extra on the disc is the chance to view an extended version of the film that includes alternate takes of key scenes via seamless branching during the movie itself. Following on from this are two audio commentaries (one by Chuck Russell, the other featuring The Rock), although neither are particularly that interesting to listen to in full. Next up are an outtake reel, a traditional Universal Spotlight on Location promotional featurette, six short production featurettes, a Godsmack music video, the theatrical trailer, a promo for the console game and weblinks.Fun action on a good-looking disc, but Universal should remember that it's the quality, not quantity of extras that counts.