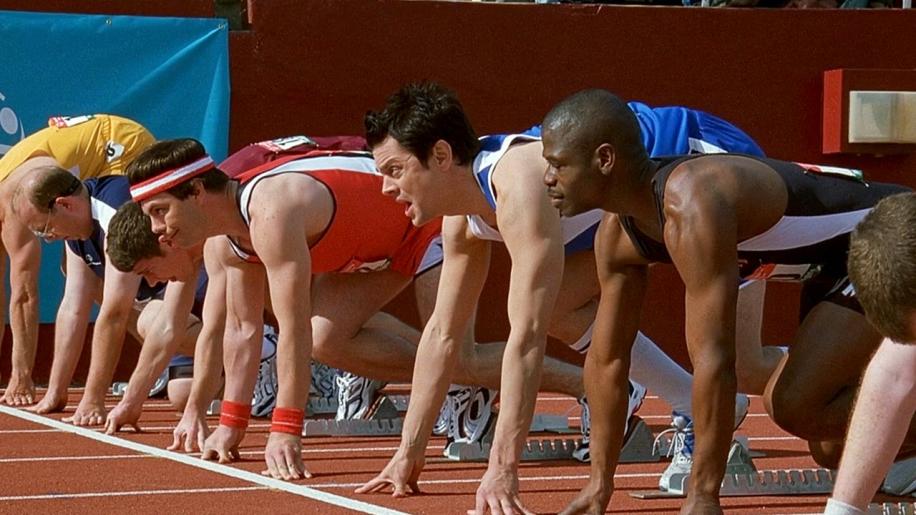 Fox have taken the bizarre step of revisiting the past with an old-school double sided single layer release including both the anamorphic 2.35:1 version and the spectacularly pointless full screen release on opposite sides of the disc.

Picture quality is solid, sharp and well defined. Colours too, are mightily impressive, with the Olympic colours reproduced in rich and vivid fashion, very even and accurate skin tones, and full, solid blacks. As it should be with such a new release, there are no problems with the quality of the print used, as it is clean and free from any blemishes or damage. One slight sticking point is the occasional appearance of digital artefacts now and again. Although it's a minor flaw and doesn't detract from the viewing experience, one can't help but wonder if this couldn't have been eradicated by just ditching the full screen presentation. This is 2006 after all.

Presented in a Dolby Digital 5.1 mix, this is a respectable effort. Sound is pin sharp, and dialogue is clear and nicely balanced. Alas, the vast majority of the audio stems from the front three speakers, and the rears only really spark into action through the use of music in the soundtrack. Admittedly there's not the greatest of scope for the full surround experience, but a touch more involvement from the back speakers and the LFE channel would have been welcome. As it stands it's a decent track, with a very good quality of sound, if a little limited in its execution.

Spread over the two sides of the disc, the extras open up with a commentary voiced by no less than six participants. Usually I find these somewhat cosy yak-tracks a chore, as contributors have a tendency to talk over each other and information gets too thinly spread. Surprisingly, this proved to be one of the more entertaining commentaries I've sat through in recent times, with an amusing and light-hearted touch that makes it an enjoyable and engaging listen. This is just as well as it's about the only supplement here that passes muster.

Following up we have twenty minutes or so of deleted material. The fact that these off cuts were deemed not good enough to make the final edit should give you an idea as to how lacklustre the quality is here. There is nothing that adds a great deal to the finished product in terms of plot development or humour and it was a wise choice to leave these on the cutting room floor.

Next we have a brief featurette running under ten minutes which looks at the making of the movie. There's nothing remarkable here, and the piece is little more than a standard PR exercise with brief and predictable interviews with a few members of the cast and crew.

This disappointing collection is rounded off with a very brief message from Tim Shriver, the chairman of the Special Olympics, who gives some concise information about the event.

Decidedly more Say it isn't So than Dumb and Dumber on the Farrelly scale, The Ringer finds itself caught between two fences. Anxious not to offend, the comedy is anodyne, whilst the moralistic ethics of the film sit uneasily within the genre. A timewaster but nothing more, it's either a missed opportunity or an opportunity that should never have been taken in the first place.