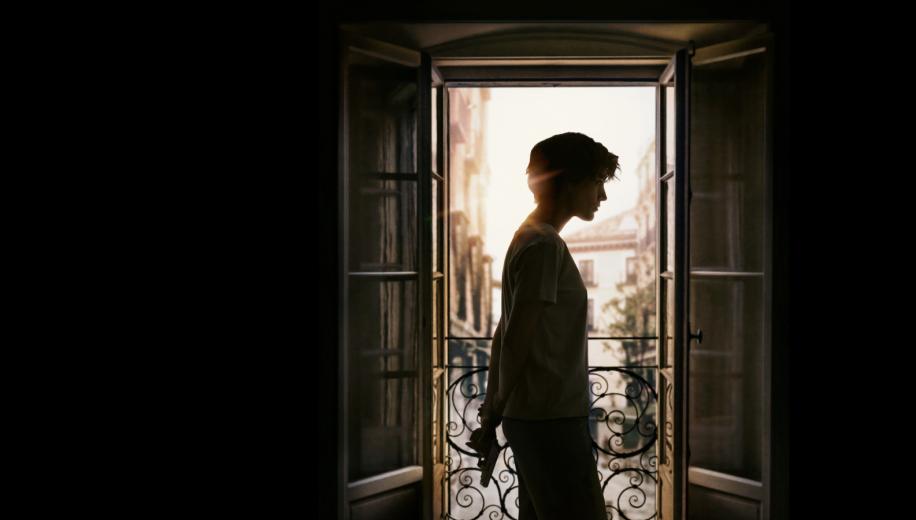 Cursed with delays much like The Hunt, and production woes like The Professor and the Madman, this 2017 potential franchise starter flopped at the cinemas, but can it get its second wind on the small screen?

Securing the undesired award of 'worst opening EVER for a film on widespread (3000 locations in the US) release', The Rhythm Section is brimming with good intentions but plagued by disappointing results. Production started in 2017, but was set back at an early stage by injuries lead actress Blake Lively sustained during a fight sequence, with the release date pushed back twice, only to finally land early this year.

Indeed, you can hardly blame the lockdown for the utterly abysmal Box Office results when the film went theatrical back in January, but it feels like the whole production was an uphill struggle from the start. Adapting the first of what was clearly hoped to be several tales ripped from the pages of the successful novels following the lead protagonist - a strong female character in an age where that alone will get the attention of the Studios - this was obviously a franchise in the making, but aside from some memorable moments and a few interesting ideas, The Rhythm Section simply never finds its rhythm.

The whole production was an uphill struggle from the start

Stephanie Patrick has hit rock bottom - a crack addict and prostitute who has given up on life - but when a journalist gives her information about the man behind the bombing that ended life for her as she knew it, she undertakes a long, hard journey to try and find some justice, embracing a new life under the tutelage of an unlikely mentor, and adopting the role of an assassin, if she can only learn how to pull the trigger.

What The Rhythm Section does right more often than not revolves around Blake Lively, who takes a little getting used to with her wavering accent and slightly unsympathetic character - a woefully misjudged cold open saps any surprise out of the first act, and the film would have done better to start more like Lively's The Shallows - but ultimately does a solid job embracing a tough role. Unlike the majority of similarly-themed zero-to-hero revenge features (not least American Assassin, which is almost identical in story, but for in the sex of its protagonist) the progression for Lively's damaged character is refreshingly organic. She's not a super-spy per Salt or Atomic Blonde (let alone Anna), and is often prone to fumbles, hesitation and just outright fear. After one montage, she doesn't suddenly know Kung Fu, and it's almost quaint just how down-to-earth the story is in terms of its character portrayal.

Of course, again, as with American Assassin's Michael Keaton (whose torture sequence is undoubtedly the film's highlight), the choice moments fall on the mentor character - with Jude Law on gruff form, and far better than his similar role in Captain Marvel, despite the fact that he's ultimately not given enough to do. Beyond those two, the other noteworthy aspect comes in the action sequences, which are pretty few and far between, but involve one memorable set piece that culminates in a long-take car chase shot imaginatively from inside the car, to impressive effect.

Unfortunately, despite these positives, the film still never comes together as a cohesive whole, juggling a globe-trotting, season-of-Homeland level of spy shenanigans that make its 109 minute runtime feel both woefully short and painfully long at the same time. It takes a good while to recover from that misjudged cold open and thus largely redundant first act (the opening scene means you know where she's going to end up, so the fact it takes an hour to get there is just... exhausting) and the film loses a lot of good will along the way (it's all good and well having an organic character evolution, but there's no point if you telegraph the outcome so brazenly).

And having one good sequence (the one that culminates in the car chase) doesn't really sell either a thriller or an action film, with very little satisfaction to be found in the convoluted twist laden ending. Again, they go above and beyond to make it play out naturally - convoluted it may be, but it neither crosses over into contrived nor comes across as patently cliched, which is impressive - however, it also leaves the whole thing feeling distinctly small in scale. For a feature which shared much of the production crew from the latest Bond film (including the backing of EON), it's distinctly Bond-lite in impact.

Lively, Law and the whole Stephanie Patrick book series deserved better then this, but perhaps all of that just makes The Rhythm Section much more suited to the home digital format distribution for smaller titles that may well come to fruition after this mess is all over; giving flawed features a better chance at engaging a less demanding home audiences. Set your expectations low for the ride, and you may well find this a perfectly watchable, occasionally even original bit of lockdown night entertainment. If you liked American Assassin then it's basically that, only British.