Less a film and more a collection of reference demo scenes 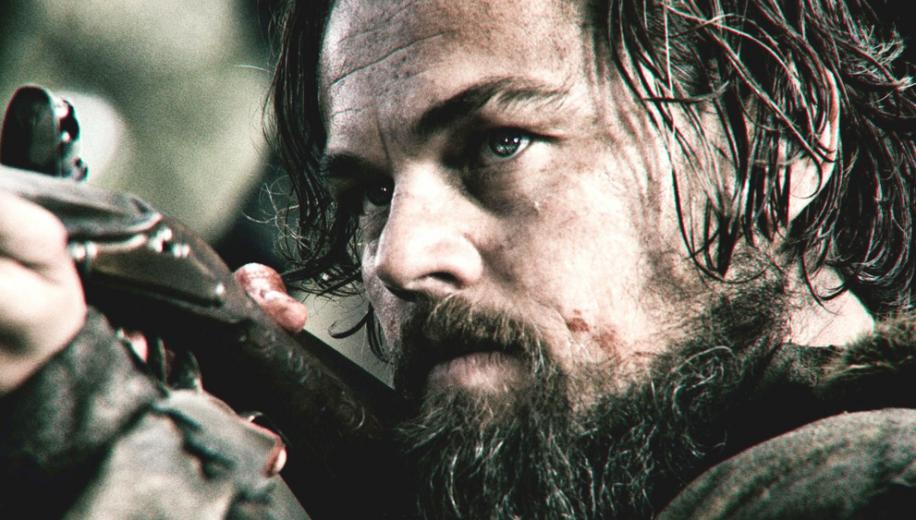 The Revenant less of a film and more of a virtual experience, as it totally immerses you in the harsh wilderness of the American frontier.

It's debatable how much you will actually enjoy watching The Revenant as a feature film, it's story is fairly basic and the characters are largely unlikable but that would be missing the point. Alejandro Inarritu's epic tale of survival and revenge isn't really intended to be enjoyed but rather experienced, completely immersing you in an unforgiving wasteland. Based upon a true incident, The Revenant tells the story of Hugh Glass (Leonardo DiCaprio), a trapper and guide in 1820s America, who is left for dead after a particularly savage bear attack. Glass is one of those people with an over-developed sense of survival, who goes to extraordinary lengths to make his way out of the wilderness and extract his revenge on the man who betrayed him


The cast are uniformly excellent, with Will Pouter, Domhnall Gleeson and Tom Hardy all turning in great performances, even if the latter is clearly channelling Tom Berenger's character in Platoon. However this is DiCaprio's film from start to finish and the actor gives his all, deservedly picking up a long-overdue Oscar in the process. The film is also a technical tour-de-force, with Inarritu and regular collaborator Emmanuel Lubezki creating a series of indelible images and some of the most audacious scenes ever committed to film. In fact there are a number sequences that will have viewers wondering exactly how the filmmakers achieved them. Ultimately The Revenant is a starkly beautiful film that you will probably end up admiring more than enjoying.

The Revenant was filmed digitally using a variety of cameras, including the Arri Alexa XT at a resolution of 3.4K, the RED Epic Dragon with a resolution of 6K and the brand new Arri Alexa 65 at a resolution of 6.5K. The film was finished using a 4K Digital Intermediate, which presumably formed the basis for this Ultra HD Blu-ray release. The film is presented using a 3840 x 2160p transfer in the film's correct 2.40:1 aspect ratio, the disc uses 10-bit colour depth and is encoded using the HEVC (H.265) codec.

In order to create the masters for the domestic release of the film, director Alejandro Inarritu and cinematographer Emmanuel Lubezki created two different versions - one for Full HD and one for Ultra HD with High Dynamic Range (HDR). Aside from the obvious differences in resolution and dynamic range, the two versions also have very different colour gamuts. The Blu-ray uses Rec.709 and the image deliberately has a slightly bluish feel, whilst the Ultra HD version uses the DCI-P3 colour gamut and, as a result, the colours appear far more saturated but also more natural. The snow and ice, of which there is a lot, simply appears more realistic on the Ultra HD Blu-ray.


The Revenant was filmed in multiple formats but finished at 4K, with the Ultra HD Blu-ray taking full advantage

So how does The Revenant look in Ultra HD with HDR? Well quite simply it looks absolutely stunning. This is the best presentation of a film that we've ever experienced at home and we can also say with some confidence that it looks better than it did in the majority of cinemas too. As you watch the film you quickly realise that each scene is reference quality, with a staggering level of detail, absolutely no banding thanks to the 10-bit video and wonderfully saturated and natural looking colours. The amount of detail apparent in each shot is sometimes breathtaking and it isn't only the vast landscapes that benefit, it's the close-up details like the mens' beards and clothes or the grime under their fingernails that are equally as well defined. The grass, the trees, the rivers, the forests and the mountains are all perfectly rendered, creating a marvellous sense of realism. The wider colour gamut certainly helps in this respect but it's the addition of HDR that takes the image to another level.

The film was almost entirely shot on location using natural light and the HDR beautifully replicates this, with a flawless transfer. The sight of sunlight shining through the trees is completely realistic, whilst details are retained in the bright snow and the grey skies. Scenes shot by firelight are suitably dark but the fire itself shines brightly and details are retained in the shadows. The blacks are inky black whilst the peak highlights really pop, giving the image an incredible dynamic range that makes you feel that you're almost there, immersed in this bitterly cold and brutal landscape. The level of detail and realism is such that some of the CGI in the bear attack doesn't look completely convincing but we're just nitpicking. The Revenant is a stunning Ultra HD Blu-ray and the overall experience is one of staggering realism, that totally immerses you in the period and the environment. The image is demo quality from start to finish and is thoroughly deserving of a reference status.

The Ultra HD Blu-ray release of The Revenant uses the same DTS-HD Master Audio 7.1-channel mix as the regular Blu-ray, which is something of a disappointment. During its theatrical run the film was released with a number of different soundtracks including Dolby Digital, Dolby Surround 7.1, IMAX 6-Track, 12-Track Digital Sound and Dolby Atmos. Although Twentieth Century Fox has been somewhat late to the immersive audio party, they have already released The Peanuts Movie and Deadpool with Dolby Atmos soundtracks and Independence Day with a DTS:X mix. So, given that a Dolby Atmos mix already exists, it's a shame that Fox didn't see fit to include it on the Ultra HD Blu-ray release of The Revenant. When you consider that director Alejandro Inarritu was striving to create a highly realistic experience, the addition of Dolby Atmos could only have added to the sense of immersion.


Given the incredible images on this disc, it's a shame that Fox hasn't used the film's theatrical Dolby Atmos mix

Whilst the lack of a Dolby Atmos soundtrack is disappointing, the DTS-HD Master Audio track that is included is excellent and compliments the immersive visuals very effectively. Sounds are precisely disseminated across the front array, whilst dialogue – whether in English, French, Native American or, as in DiCaprio's case, grunts – remains clearly prioritised to the centre channel. This is very important as the nature of the production meant that the majority of the dialogue was recorded on location and there's fair bit of mumbling, especially from Tom Hardy. The atypical score from electronic composer Ryuichi Sakamoto instills the quiet moments with impending dread, whilst his powerful and haunting beat drive Hugh Glass's unrelenting will to survive. The surrounds are used very effectively to create a highly realistic soundscape that immerses the viewer in this harsh and unforgiving landscape. The location and steering of effects are precise, creating a sense of atmosphere but also punctuating the action on screen, especially in some of the impressive single take sequences. Overall this is a masterclass in sonic design and the only reason it doesn't score a 10 is because we know that it could have been even better.

A World Unseen (HD, 44:04) – Although this is the only real extra included on the Blu-ray release of The Revenant, it's actually very good and provides a different perspective to the usual making-of documentary. During A World Unseen, director Alejandro Inarritu watches the making of footage projected onto a wall in front of him as he comments on what is happening. The documentary cuts to other behind the scenes footage, as well as interviews with many of Inarritu's collaborators including Leonardo DiCaprio. Through the course of its running time the documentary is packed with outstanding background material into the source tale, the script, the characters and the shoot, making it one of the better behind-the-scenes documentaries that we've seen recently.

Gallery – A series of images from the film and its production.

The Revenant is the story of a nineteenth century frontiersman's fight for survival against terrible hardships, as he seeks revenge against the man who abandoned him. Leonardo DiCaprio gives an astonishing performance as trapper Hugh Glass, deservedly picking up his first Oscar, but he is ably supported by an excellent cast that includes both Domhnall Gleeson and Tom Hardy. Director Alejandro Inarritu marshals all the technology of 21st century filmmaking to immerse the viewer in the wilderness of the American frontier in the 1820s, creating a series of indelible and quite remarkable images. The Revenant might not be a film that you'll ultimately enjoy but it's a technological tour de force that you will undoubtedly admire.

This Ultra HD Blu-ray release of The Revenant is exactly how Inarritu and cinematographer Emmanuel Lubezki want you to experience the film, using the full 4K digital intermediate, with a wider colour gamut and high dynamic range. The pair actually created two different masters, one for Ultra HD and one for Full HD but it's the former that truly delivers the total sense of realism that they wanted. It's a shame that, given the reference quality images on the disc, Fox weren't able to include the film's theatrical Dolby Atmos mix because that would undoubtedly have added to the immersive experience that Inarritu and his collaborators sought to create. However the DTS-HD Master Audio 7.1 mix that is used is a masterclass in acoustic design and certainly delivers a near-reference experience, even if we know there could have been more. The extras are limited but excellent, with an interesting documentary that takes a different approach in telling the story of the film's production. Ultimately The Revenant is a reference Ultra HD Blu-ray release that will undoubtedly be used as demo material for years to come.


You can buy The Revenant on Ultra HD Blu-ray here