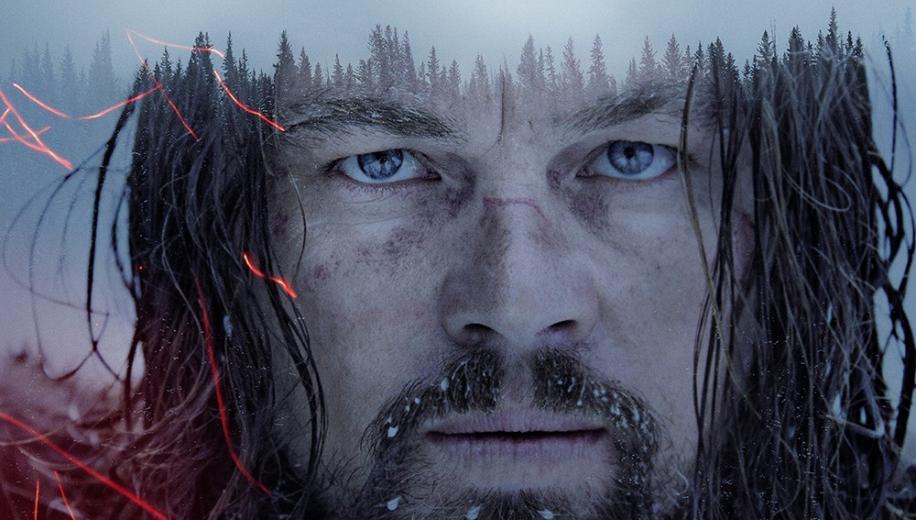 Beautifully capturing the bleak but majestic landscape and driven by not one but two eminently Oscar-worthy performances, The Revenant remains a powerful, unmissable epic.

Based partly on the 2002 book The Revenant: A Novel of Revenge, and the true story that inspired it, the narrative follows the desperate survival exploits of wounded fur trapper Hugh Glass, struggling through treacherous, freezing conditions hundreds of miles from the nearest outpost. Shot with sweeping panoramas and long takes that transport you into the unforgiving environment, Alejandro Inarritu’s visually striking epic, as lensed by now-legendary cinematographer Emmaniel Lubezki, delivers 360-degree wonder. Whilst an atypical score from electronic composer Ryuichi Sakamoto instills the quiet moments with impending dread and gives the film its very own heartbeat.
However the real heart of the piece is DiCaprio, finally winning the Oscar he should have won so many times before. Here his art comes though an almost mute performance of groans as he weathers all that the narrative calls upon him to endure. And further partnered with a disturbingly vicious Tom Hardy, the performances are unmissable. As with all the best revenge/survival flicks, The Revenant excels at drawing you on a harrowing, exhausting voyage; into this harsh, hellish environment where anything from war tribes to the weather can turn on you at any stage, and not letting you go until you’re battered and bruised from the experience. And it’s well worth it.

This beautiful, mesmerising film transports you into the thick of the harsh, unforgiving environment, throwing you into a volley of arrows, into fast-moving rapids, or even the clutches of a raging grizzly bear. It’s hard to know where some of Inarritu’s shots begin or end, breathtakingly captured through the lens of Lubezki – who similarly shot the long-take-favouring survival stunner Gravity, and the one-single-take Birdman. Whether setting the stage in the unusual and rich environment with his opening few shots, or taking in the breadth of scope to a circle-your-wagons attack from all around by a Native American war party, Inarritu and Lubezki deliver 360-degree wonder, and every bit of it is lapped up on the striking 1080p/AVC-encoded High Definition video presentation, which promotes the film in its original aspect ratio of 2.39:1.


Undoubtedly prepped in tandem with its 4K iteration, The Revenant has some of the best Blu-ray demo/reference material that 2016 has had to offer so far.

Detail is astounding, both in close-up and longer range, with the latter offering some of the most striking panoramic landscape shots ever captured, rendered precisely with the utmost clarity and simply no signs of any digital defects whatsoever. The colour scheme is rich and natural, bringing the period environment to life, whilst black levels are strong and rich, allowing for superior shadow detail irrespective of the level of light on offer. For such a visually opulent film, it’s no surprise that there’s plenty to be in awe of here, and it’s nice that the Blu-ray presentation doesn’t falter for even a second. Reference perfection, or as close as we’re ever likely to get.

Effects noises are keenly disseminated across the array, whilst dialogue – in any language, whether muttered, dreamt or screamed – remains clearly prioritised across the array. An atypical score from electronic composer Ryuichi Sakamoto instills the quiet moments with impending dread and I wouldn’t be surprised if many end up favouring his powerful, haunting beats to the engaging but less effectively sparse offering from the legendary Morricone for Tarantino’s The Hateful Eight. The score penetrates the piece, both accompanying, reflecting and standing apart from the rest of the film, as if the production was actually an organic creature and you were genuinely listening to the rhythms of its heart. The Revenant's audio comes to life on Blu-ray and will simply overwhelm you for the duration of its runtime. Although there are but two extras on this release – the second merely a Gallery – the “A World Unseen” Documentary that headlines the supplemental package is arguably worth the price of admission alone, running at a hefty three-quarters-of-a-hour and packed with outstanding background material into the source tale, the script, the characters and the shoot, with plenty of great interview segments and behind the scenes footage to further embellish the behind-the-scenes ride.


The extras package might seem thin, but a hefty and quality Documentary makes up for the lack of quantity.

Beyond the standard release, the HMV exclusive UK steelbook is a nice little embellishment in terms of packaging. Although the lack of gloss treatment and embossing might feel like missed opportunities, the matte design and comparatively simplistic poster images are striking nonetheless.

There are plenty of nods to Malick here – not least in the general sweeping, elemental cinematographic style, but more directly towards his underrated and beautiful The New World – but Inarritu’s work is oftentimes arguably even more accomplished. It elicits comparisons to other powerful survival flicks like Robert Redford’s All is Lost and its own unlikely companion piece, the aforementioned Gravity, whilst – more obviously – reminding the viewer of wilderness survival films like The Grey. As with the best of them, The Revenant excels at drawing you into a harrowing, exhausting voyage; into this harsh, hellish environment where anything from war tribes to the weather can turn on you at any stage.


It’s a hell of a ride, and worth every minute of it.

The Revenant’s Blu-ray presentation makes the film even more unmissable; a must-have addition to your collection which delivers on every level – reference video and audio and even a strong documentary to round out the otherwise minimalist extras. And with the HMV Steelbook option further embellishing the packaging, this should be a top priority on your list of titles to buy.