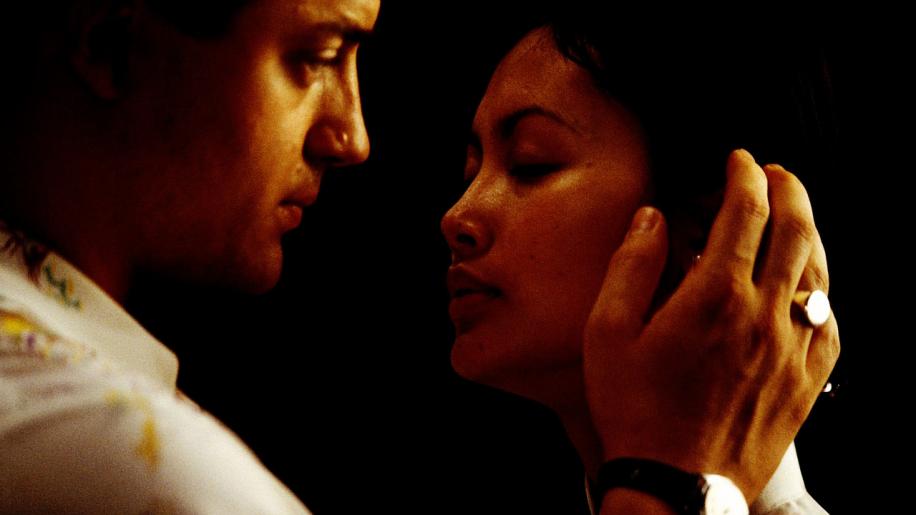 Directed by Phillip Noyce (of Patriot Games, Clear & Present Danger and Rabbit Proof Fence fame), The Quiet American is an adaptation of the novel by the same name, originally penned by Grahame Green. Set in Saigon in 1951-52, Thomas Fowler is a veteran English journalist working in Saigon who's work - skirting around the edges of "someone else's conflict" - suits him just fine. Fowler is perfectly content with his life away from London and his estranged Catholic wife, instead he lives with - and dotes on - the beautiful Phuong (Do Thi Hai Yen), an ex-Taxi dancer who he rescued from a life in a brothel.

Things start to get complicated when Fowler is recalled to London and he simultaneously meets Alden Pyle (Brendan Fraser), a young idealist American aid worker. Not content with disrupting the life he leads Fowler heads north into dangerous territory to get a story which will get the English paymasters off his back, a move which puts him and Pyle together in dangerous circumstances under enemy fire. Thus an (uncomfortable) bond is formed between the two men. The problem is, Pyle is in love with Fowlers mistress......

Cue a love triangle between the main characters, and political intrigue as Fowler begins to suspect American involvement in the tensions and struggles of Vietnam. Inevitably, as his suspicions are aroused and he begins to dig, various events transpire which changes him, and his outlook on life. No longer can he remain an observer, hovering around the periphery of conflict and suffering, instead he is forced to choose sides in a confusing arena where nothing is what it seems.

The Quiet American is part love story, part political thriller, and is heavily narrated by Caine in parts (the movie is specifically told from his own point of view). Although it has its moments (the market square scene is particularly compelling, as is the "conspiracy" theme with America's involvement in Saigon), the film will be too brooding and "plodding" for some. Whilst Caine puts in a fantastic performance as the cynical reporter (and I'm no fan of Caines work generally, Zulu being the exception to the rule), Brendan Fraser's performance is notably weak. I found his presence uncompelling - although one might argue that was Noyce's intention - and his acting, at worst, cardboard.

The whole love triangle storyline feels underdeveloped and flat: when the relationship "switches" it feels like there are several gaps present, and the relationship between Pyle and Phuong remains unconvincing. The political story is at times confusing (what exactly were the French doing in Vietnam? - unless you've studied the history, the film does little to explain it to the average viewer), but the intrigue is generally enough to keep interest piqued...although it must be said, much of it is rather predictable. It also goes some way to explain how America was drawn into the Vietnam war in the first place, if you have an interest in the historical aspect.

Overall, The Quiet American is a well-made movie, perhaps too slow and ponderous at times, but generally solid with a strong performance from the film's lead. I would guess, however, that The Quiet American will quietly slip from your memory not long after the end credits have rolled.