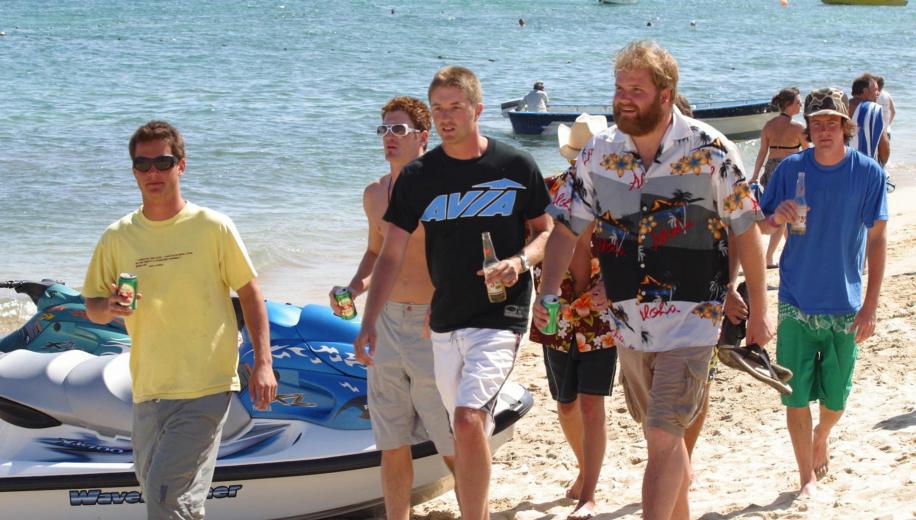 Universal has provided a 1.85:1 aspect anamorphically enhanced for widescreen TV's picture with an average bitrate of 8.56 Mbps. As a picture it is above average with most the problems stem from the original negative. During the day scenes the colours are bright and clear with decent contrast. During the night, the lack of light, for the most part, makes for rather grey blacks and grainy colours. Detail levels fluctuate between pin sharp and slightly soft. Digitally I did spot a little edge enhancement, and towards the end some artefacts were visible. The whole thing reeks of “documentary realism” visuals and on that level can be considered good. Otherwise it is purely and simply an above average picture. There are three 5.1 surround tracks, English, French and German and with the exception of the dubbing all sound exactly the same; poor. Let me clarify, the sound is perfectly audible, clear and tonally correct, but there is so little surround you wonder why they bothered with the bitrate. Just about everything comes form the front three, with the amount of club scenes and music this could have been a really terrific surround track, instead we are treated to a rather basic stereo with the rears showing up perhaps three times. A case of quantity over quality it seems, a mistake in my view. DVD credits as an extra? I don't think so.

Hedonism 101 is a collection of 8 two-three minute sound bites of actual people interviewed in Mexico, includes such 'highlights' as chat up lines, sobriety test and Spring Break Girls. Basically more of the same drunk people and the mess they make. Last one is a 30 second interview with the girl that had sex with the protagonist in the film.

There are 20 minutes of deleted scenes that can be played individually or all together. Essentially more of the same, but thankfully removed, though without explanation, to reduce the run time of the film. I found Drunken Jackasses The Quest a complete waste of time and disc space. As a DVD, Universal has provided an adequate disc, but hopefully it will be a coaster soon.