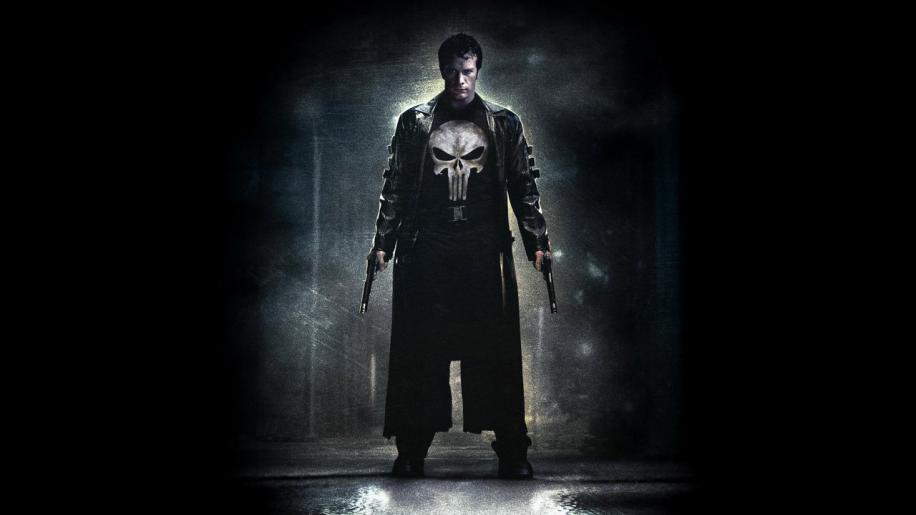 The Punisher comes presented with a solid 2.35:1 aspect ratio anamorphically enhanced widescreen transfer. Detail is generally good throughout, with little softness, negligible grain and no noticeable edge enhancement. The colour palette varies from the island-based first chapter to the darker latter scenes and is generally handled very well, with the gorgeous seas looking true blue and the blacks looking solid. Overall it is a decent effort.

For this release we get two solid audio tracks - a DTS 6.1 ES track and a Dolby 5.1 EX alternative - both of which are superior efforts. Dialogue is presented clearly and coherently from the frontal array and we get plenty of effects - from gunshots to car chase noises to explosions - to give the surrounds some serious action. The score, often relying on a fairly solid Punisher 'theme' is gives them plenty to do as well and we get a considerable amount of LFE usage when the action kicks in. Overall they are almost indiscernibly superior audio offerings.

In terms of extras, the selection is minimal, but those offered are real gems. First up we get the option to watch the excellent animated opening separately here although, as I've already stated, you really are better off watching it integrated into the full movie. Next up there is a Making-Of Featurette which looks at this new cut, discussing the new storyline it introduces but mainly focussing on the animated Kuwait sequence, explaining how it was done and featuring lots of behind the scenes footage of the actors being photographed for it and recording their voices for the dialogue. The director and one of the original Punisher comic book artists, Tim Bradstreet, offer up their comments in interviews and, overall, this is a superb and highly watchable little addition.

Next we have a Gallery containing covers from the Punisher comic book series, split into 1970s, 80s, 90s and 2000s. Each has a selection of the comic covers from that period, with text descriptions summarising the contents of each comic and occasionally drawing parallels with the movie content. Fans will be happy to keenly investigate this are to see which ones were uses as inspiration and which are likely to make good fuel for the upcoming sequel. A nice little addition.

Finally there are just some trailers for other Lionsgate releases, but it is worth also noting that this extended release does come with some nicely distinctive packaging and an inlay-book of artwork taken largely from the deleted Kuwait sequence, and done by Punisher illustrator Tim Bradstreet.

The 2004 Punisher was not a bad little revenge thriller, but did not really make the most out of a potentially dark and bloodthirsty character. This new extended edition develops the character, making for a better movie, and whilst the main body of the film gains no more action, we have a great little animated opening segment which should hopefully satisfy on that count. Video is decent and the audio is superb for this release, and with a couple of nice extras this will easily be the version that interested newcomers will want to pick up. Fans, on the other hand, will probably feel obliged to double-dip and, to be honest, are unlikely to be disappointed.