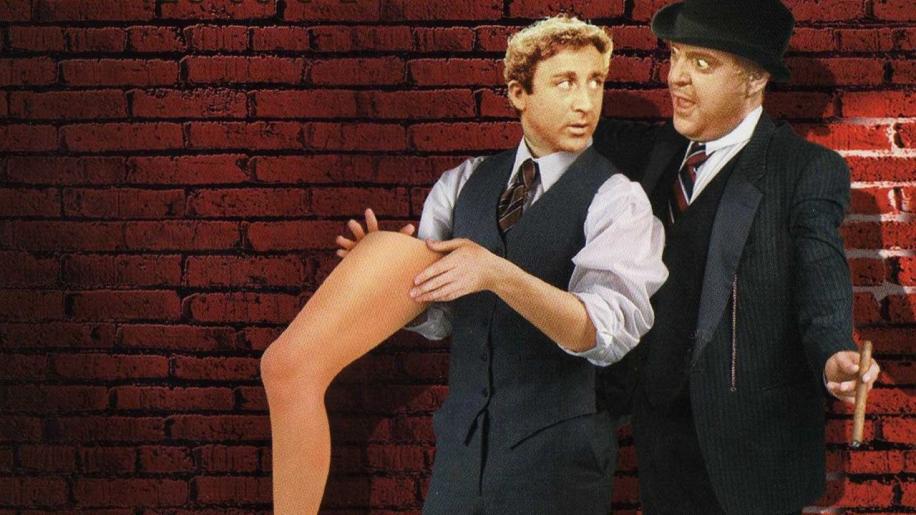 The rather brilliantly named Zero Mostel plays Max Bialystock, a one time big hit Broadway producer. Times have been hard, however, and Max is reduced to courting rich old ladies in order to raise cash for his, now underperforming, plays. Things get interesting when accountant Leo Bloom (Gene Wilder) pays Max a visit. After reading Max's accounts Leo has a brainwave! Raise a huge amount of money for the worst play ever, spend a fraction to produce the play and when the play flops, no-one will expect their returns. All the surplus is kept by Bialystock and Bloom as they kick back in Rio. Simple. All they need is the absolute worst, unpalatable, play they can get their hands on. A play called “Springtime for Hitler” by Franz Liebkind. Franz is a Nazi in hiding, who thinks Adolf Hitler is a misunderstood person. “Hitler was a terrific dancer!...Nobody ever said a bad word about Churchill, did they?...He was a rotten painter, now Hitler - there was a painter.” His riposte to the world and western propaganda is his play, a sympathetic look into Hitler's grand, tragically unfulfilled goals. You can see how this might fail to capture the American audience of 1969.

This is a Mel Brooks movie. To me means humour like a fart at a funeral - neither funny nor subtle. This movie doesn't change both of those criteria, but The Producers is funny. That is if you can get past some wince inducing overacting. This is because The Producers is a play put into film, so you have the wild gesticulations and forced annunciation of a play. Once you accept that, the movie really does work, especially during the second act where Bialystock and Bloom visit Franz Liebkind. This character is wonderful, played with verve by Kenneth Mars. Without this performance, the movie wouldn't be such a success. The humour doesn't flow freely, though. There are a few period devices that don't work to our, more culturally tolerant society - a man in a dress, with another man! Well, whatever next?! But these moments aren't common, and The Producers is a genuinely funny Mel Brooks Movie.