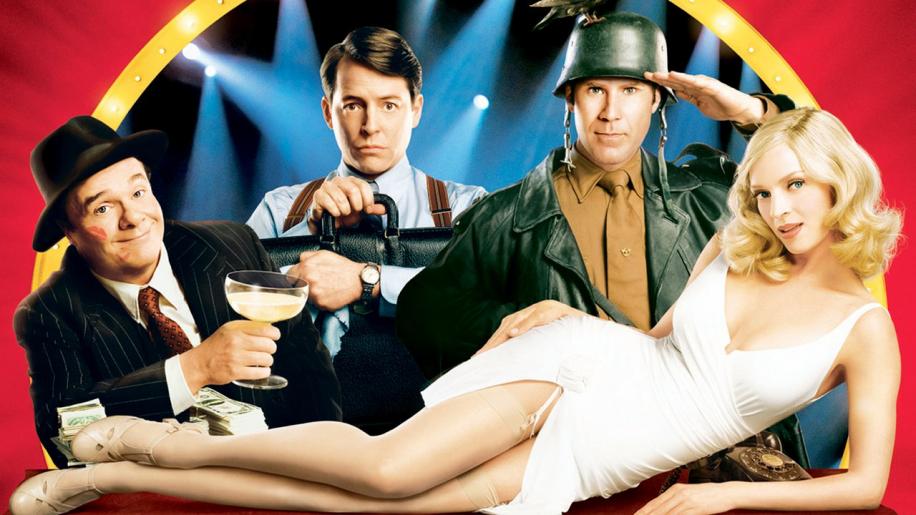 With an anamorphic widescreen transfer of a very recent movie, this is an absolute wonderful transfer. No compression artefacts were noticed, no edge enhancement and no grain either, so we're off to a flying start. In fact there was no haloing nor colour bleed, for example when Max pays a visit to the grannies, he wears a bright red suit and if there was going to be any form of bleed, it would most certainly show there but the disc didn't falter at all. The black levels were deep and dark at all times and the level of detail never wavered either, from brush strokes in the paint when Ulla was painting (and again wearing a bright blue dress against a white room, no bleeding). Colours as mentioned, are bright and vivid for the majority of the movie, from the opening night of “Funny Guy!” to the vivid purples seen in “Betrayed”, it's all terrific stuff here.

With all the musical numbers present, the Dolby Digital 5.1 soundtrack really needed to be decent to do them justice and thankfully, this doesn't disappoint. With the dialogue, both sung and spoken, being clear throughout and never being drowned out by the actual music and a nice ambience given via the surrounds, mostly via the musical numbers. Even the LFE gets felt during the “Springtime for Hitler” number, which surprised me. If I have any criticism of the soundtrack it's mostly how the non-musical scenes are a little lacking in comparison, but this is a slight criticism overall.

First up, we have the Outtakes which run for 15:14 and to be quite honest, they made me laugh more than the movie did. It's probably just the fact that Nathan Lane ends up giggling constantly, in one instance they were on take 14 of a particular scene that he kept screwing up over and he just keeps laughing - actually begging them to let him go home! It's also nice to see Uma Thurman screwing up as well, maybe it's me but there's a lot of actors/actresses who don't seem to let you see them getting it wrong, so kudos here.

Next up, we have 8 Deleted Scenes which can be either played separately or together, which add up to a running time of 19:38 minutes. They're entertaining enough, but on balance I can understand the cuts, as it would really drag an already long movie out even further.

The Analysis of a Scene extra, features on the musical number “I Want to be a Producer” and lasts for 16:06 minutes and starts with Mel Brooks elaborating on this particular number and shows everything from the practicing of the choreography, set designing, costume designing and make up. It's actually very interesting and I actually would rather they had more of this than the other material! Oh well.

Finishing off the extras we have a director's commentary track and trailers for “Rent”, “Fun With Dick & Jane” and “The Pink Panther”

Well, as I said, it's a very personal thing and from a musical standpoint, it's enjoyable, however, as a comedy to me, it's not. I can understand that people all like and appreciate different things, so don't judge my opinion too harshly. As stated, if you like Mel Brooks or this kind of comedy, or you just plain want to ogle at Uma Thurman, then you'll love this. If you're sense of humour is more akin to mine (given my examples) then you may enjoy this as a musical, but you'll probably wonder why people think that this is “Hillarious”.