It's as if somebody took a 2.5 hour movie and trimmed every third scene at random. 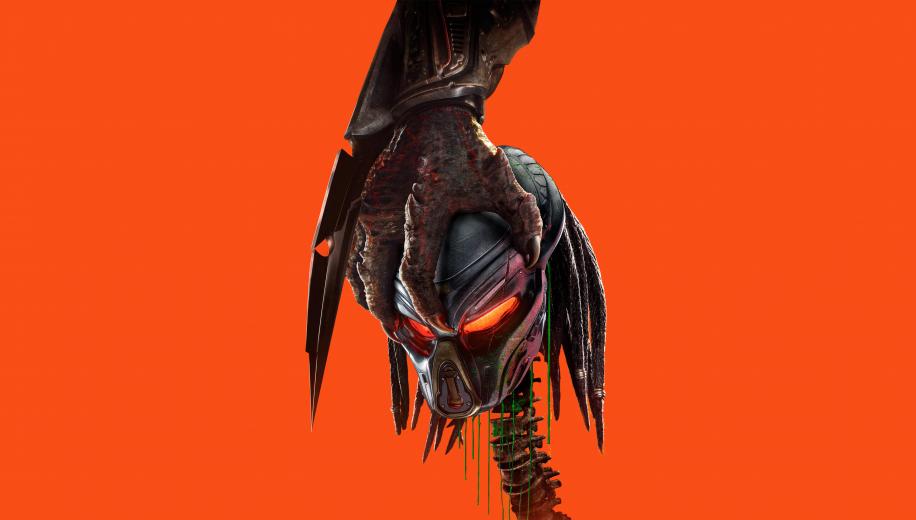 Shockingly closer in standards to the AvP spin-offs than its own direct predecessors, The Predator is an utter mess and a blotch in writer/director Shane Black's previously golden filmography.

Considering the fact that, aside from his debut writing the memorable script for the classic first Lethal Weapon film, Shane Black also starred in the original 1987 Predator in a small role as one of the marines, returning to direct a soft reboot / follow-up to that same movie (and actually also its 1997 sequel) is actually somewhat like coming full circle for the writer/director.

Clearly, much like the Alien franchise, something had gone awry with the Predator franchise over the years. Despite great beginnings, and a great - albeit often maligned - first sequel, it all went downhill from there, with the cross-pollination AvP films ultimately a bad decision - condemning both franchises to PG-13 territory, something even the ostensibly R-rated sequel didn't really rectify.

Predators redressed the balance somewhat, providing a much more satisfying sequel, but it didn't right all wrongs, and certainly doesn't sit wholly comfortably amongst the first two films. So a soft reboot/sequel was understandable, and Black seemed like a solid - albeit left-field - choice (he's had some great hits, and even tackled a bona fide Blockbuster, but he hasn't really ever dabbled in sci-fi/horror/thriller territory). But amidst talks of an increasingly messy production, the hope for a decent end result started to slip away, and now the reality is here for audiences to swallow. And it's not pretty.


The story is all over the shop.

The story is all over the shop, but it involves a Predator who crash lands in the jungle, his ship shot down by another alien ship. Boyd Holbook's sniper happens to be there and, after an odd debrief, gets shipped off in a bus full of military miscreants supposedly to be disposed of, around the same time that the wounded crash-landed predator runs amok at a research facility. Joining forces with the ragtag group he meets on the bus, they all soon become random best buddies and go hunting the beast, encountering trouble in the form of the black ops group that originally picked up the wounded predator and also another, tougher, predator who has an agenda of his own. Aside from a frequently thin plot (Black would have probably called it 'anorexic' if he was thinking like his scripted Lethal Weapon character of Riggs), some off-key acting, humour that frequently seems out of place or otherwise just falls utterly flat, questionable CG effects, and an overall style and scale which wouldn't have been out of place for an AvP sequel, probably the single biggest - utterly unsurmountable - problem that The Predator has is utterly incoherent editing. It literally feels as if somebody has taken a considerably longer movie and almost randomly cut scenes out just to meet a more manageable runtime.

Characters flit from location to location with no sense of distance or time, pick up vehicles inexplicably (in one scene they are in bus, next thing they are split up across the city in no less than 4 different vehicles including a police car!), disappear off screen randomly during action sequences - which are, themselves, frequently incoherent - and go from zero to brothers-in-arms in a heartbeat.

The intermingling threads of a sniper who has seen too much, a group of misfit soldiers, a black ops group, a scientist who just so happens to be special forces trained - when she needs to be - and not one, but two predators with entirely different agendas, never really come together, particularly when you throw the sniper's autistic kid into the mix for good measure. It's an absolute mess.

Holbrook, who was a force to be reckoned with in Logan, isn't the worst thing about this, but he's hardly leading man material in the vein of Arnie or even Danny Glover, and his ragtag 'friends' are barely fleshed out (think of how iconic the entire team of soldiers were in Predator, or even how memorable Glover's fellow cops were in Predator 2, and you wonder how they could get it so wrong here) despite all being given plenty of time to crack bad jokes and act oddly.

Indeed Thomas Jane struggles with a poorly written character who elicits a couple of the best laughs but is still an inexplicable addition, and Keegan-Michael Key - supposedly the funny man in the group - barely lands a single joke, with Game of Thrones' Alfie Allen wisely keeping his head down but landing up forgotten as a result, and Augusto Aguilera struggling to hit anything even approaching consistent with respect to his odd character. Then there's Olivia Munn, who goes from scientist to super-soldier in 100 minutes flat, and manages to look uncomfortable with almost every scene she's in. That sour 'did I really sign up for this' look plastered all over her face. Black's biggest issue isn't his cast though, who are largely surprisingly game for all the nonsense shenanigans the script throws at them - or the inane jokes that seldom work - with his work behind the camera average at best. He struggles to stage a single coherent action sequence, going for full-on gore to compensate for bad angles and bad editing. And bad effects.

His ideas are all over the shop - fine, bring in predator hounds, but what he does with them is pointless; and, fine, have predators translate and understand human language, but without access to Google Maps some of their detective work seems utterly nonsensical. It often feels like a bunch of scenes, and a bunch of snippets of dialogue he thought would be cool, thrown into a mix and shot at random, then edited together at a breakneck pace in an attempt to cover up the massive narrative gaps.


It's a shame that there really is so little to note positively in this garbled mess.

It's a shame that there really is so little to note positively in this garbled mess. Black does clearly have an affection for the original movie (also nodding to its sequel, although the addition of Gary Busey's son Jake playing Gary Busey's Predator 2 character's son just reminds everyone why the man can't walk in his dad's footsteps), but even his references are too on-the-nose. Things like the choppers joke barely register a murmur, and Olivia Munn's reversal of Arnie's 'ugly' quote from the original is just silly. You really have to dig deep to find any satisfaction here, perhaps in individual sequences like when one of the predators goes full berserker-Wolverine on a bunch of scientists, and mostly you're left with stuff that doesn't really work.

Shane Black has an almost flawless record - writing Lethal Weapon 1 & 2, The Last Boy Scout, The Last Action Hero and The Long Kiss Goodnight, then writing and directing Kiss Kiss Bang Bang and The Nice Guys. Even his divisive biggest hit, Iron Man 3, has its ardent supporters, and rightfully so, but The Predator is the first bad movie he's made. It's a mess; a kind of magic eye picture of a movie where if you really squint you can see some kind of intentional shape or object in the maze of noise, but you only end up going largely cross-eyed in the process. Avoid.