Dial that whimsy up to 11 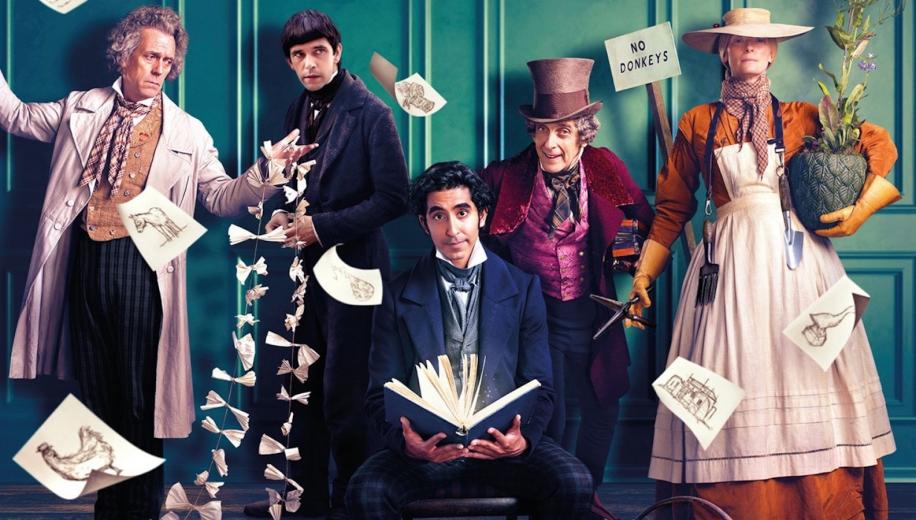 Armando Iannucci delivers another acquired taste of a production, turning his hand to the near-autobiographical Charles Dickens work and putting his own inimitable spin on it.

Critically revered, Iannucci's latest maintains the trend of his trademark satirical works, following his excellent and underrated The Death of Stalin, with a particularly atypical take on the Dickens tale. That said, in the aftermath of such superb reinventions like Emma (and the excellent period drama The Favourite), this style is hardly something new, with Iannucci still going full tilt with whimsy, however, and producing a very distinctively flavoured piece that clearly resonated with the critical many but may still prove marmite to some, and possibly even utterly elusive.

May prove marmite to some

Young David Copperfield jumps from one mess to another, first struggling when his mother remarries an abusively strict man, then being sent to work in a factory and stay with a couple who are on the run from debt collectors, before finally landing with his eccentric aunt and her even more eccentric husband, who believes that he has been instilled with the thoughts of King Charles after he was beheaded. Trying to find his own place in life, and his own voice, David writes down many of his own thoughts and ideas, and charming phrases that he picks up from others, hoping one day to channel it all into works of his own.

The Favourite was excellent. Emma, despite its U rating, was pretty damn sharp, and both cleverly reset expectations and preconceptions about what a period movie should be like. David Copperfield attempts to follow suit, and commendably achieves much - not least a refreshing utter colour-blindness with respect to the casting of its characters - but trades subtle humour and witty inflections for utter whimsy and overwhelming farce, often playing out like an episode of Monty Python, only without any of the Pythons involved.

It's clearly impressive to reposition David Copperfield - and Dickens - in such a modern way, whilst staying true to the classical sensibilities and veritable heart of the source material, however Dickens was an acquired taste to begin with, and some might find that Iannucci goes too far in his spin, utilising just about every trick in the book to spice up the affair (having the lead's older self appear on screen to guide us through his younger years) and having a slew of familiar faces go wild in their respective roles (Peter Capaldi and Hugh Laurie vie for pole position in that respect). As stated, there's little here that would be out of place in a Monty Python sketch, but considering there's also precious little actual 'humour' here, the question really is whether or not you're happy going along with Iannucci's particular style of rollercoaster ride through a valley of capriciousness and whimsy.

The two hour runtime hardly makes it any more attractive either, with the choppy nature of the non-linear narrative and stylistic flourishes compounding any sense of scope or progression, and leaving poor Dev Patel struggling to make sense of the world he's in ("let's fly a kite!"). The writer/director is acclaimed for a reason - and some of his work with the legendary Chris "Four Lions" Morris is outstanding, but David Copperfield may prove a little too left field even for the distinctive sensibilities of his core fans.