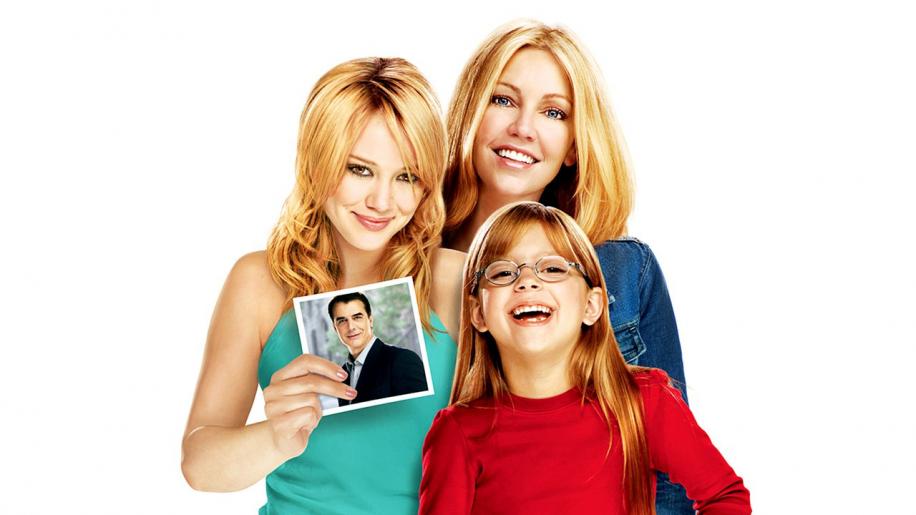 The Perfect Man is presented in a 1.85:1 aspect ratio anamorphically enhanced widescreen transfer that, whilst not perfect, seems perfectly reasonable for the material. With decent detail, good clarity, little softness and negligible edge enhancement, the picture has nothing to detract from your enjoyment of the on-screen antics. The colour scheme is broad and bright, shot in impossibly perfect locations and designed to make the whole affair look gorgeous. The transfer itself exhibits no signs of print damage. We get a solid Dolby Digital 5.1 soundtrack to accompany the movie, although it does not provide the kind of material which is really going to test the range of your sound system. Dialogue is presented clearly from the frontal array but there are no really noticeable effects to breach the rears and all we have is the score to liven up the proceedings. Here we get a few tracks of varying quality which might wake you up a bit but overall it is a limited Dolby Digital 5.1 mix that still suitably fits the subject matter. First up there is an Audio Commentary with the Director and the Executive Producer. These two chatterboxes actually provide quite an interesting vocal offering, discussing everything in great detail, from the locations to the various cast members, the script, the improvisations and the re-shoots. It is good to hear so many of the other DVD features referred to here because, once done listening you can go and explore more about what they were talking about (like the alternate cuts and ad-libs). If you liked the movie and want to get more out of the special features experience, then this is worth a listen.

There are almost twenty minutes' worth of Deleted Scenes, including an Alternative Opening that showcases more of the family's life before the first move and generally more of the central characters - especially Holly (but also her mother and her friends). The extended ending shows more of what life is like for all of them further down the line. All of the scenes are b-roll footage but perfectly watchable, although largely watch-once stuff. We also get five minutes of Outtakes that generally consist of line-fluffs and mistakes, with many sequences seeing Hilary Duff cracking up at the co-stars' ad-libbing.

Mom and Me is a five-minute Featurette focussing on the mother-daughter relationship between the characters that Hilary Duff and Heather Locklear play. We get interviews with the two of them, talking about their characters, along with brief behind the scenes footage and, of course, numerous clips from the main feature itself. Although it is quite fluffy and it does not really tell you much that you did not already know from watching the film, this is still totally in-line with the style of it.

Getting the Perfect Look is a seven-minute Featurette on the costumes and makeup of the main cast, with Hilary being worked on, lots of before and after shots to show the work that needed to be done and various cast members talking about the wardrobe and hairstyle etc. that was adopted for their relevant parts. I'm sure this little extra is going to prove enthralling for fans of the main picture.

The Clever Clapper runs at little over a minute and is basically just about the clapboard, textually describing it and having Hilary talk about how, each day, the guy with the clapboard entertained everybody with a variation on the standard clapper.

Ready, Set, Soak, Shoot! is a five-minute behind the scenes look at the scene where everybody gets soaked. The main cast members pop up once again to discuss how many times they had to shoot the scene, with plenty of behind the scenes footage (including the crew shouting instructions to them) and shots of them trying to dry off after the event.

The Sweet Arts - Creating the Cakes lasts three minutes and has Heather Locklear talking about her work on the cakes and the various cake experts who were brought in to help out and provide the magnificent creations that were displayed in the movie.

On the Set with Hilary - Blogs and Buddies is a six-minute video diary following Hilary briefly for a day on set. Hangin' with Hilary is four minutes' worth of praise for Hilary Duff, with all of the other cast members singing the praises of the lead girl and then Hilary herself relating the differences between her life and the life of her character. Hangin' with Heather is marginally shorter and does the same for Heather Locklear and Chattin' with Chris follows suit. All of the extras have myriad different subtitle options. At the end of the day, if you like these kinds of movies and you want a bit of cheering up then this is the kind of uplifting, upbeat production that will bring a smile to your face. On the other hand, if you don't like cheesy, sickly-sweet fluff, then you should stay well clear. The DVD presentation is pretty slick and we get a whole bunch of extras that should appeal to those who like the main movie. If you're a fan of Hilary Duff or her counterparts and you like these kinds of movies then I can see how you might be eager to add this to your collection.