Historians from England will say these are lies, but Hollywood history is written by those in search of a good villain 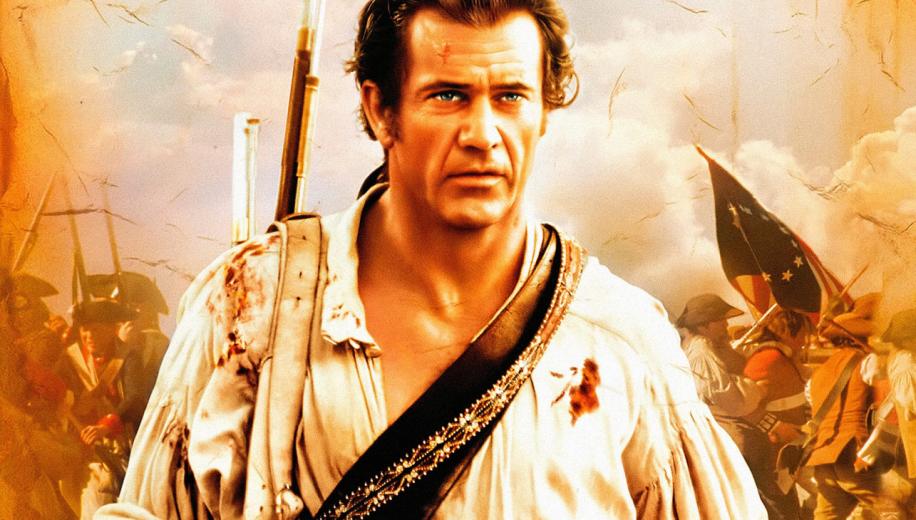 Roland Emmerich's 2000 Mel Gibson vehicle, The Patriot, may be historical tripe but it's dizzyingly entertaining nonetheless, making for a period-set Gibson-in-vendetta-mode epic and a solid companion-piece to his Braveheart.

Whilst the story required the British to be turned into unequivocally diabolical moustache-twirling villains, and the Yanks heroic freedom fighters - which again probably helps it sit well alongside Braveheart - Emmerich's The Patriot has enough personally motivated vengeance to carry the film through from one grand and exciting setpiece to the next.

Certainly one of Emmerich's most thoughtful productions - this is, after all, the guy who directed Universal Soldier and Stargate before going into full disaster mode for Independence Day, Godzilla, The Day After Tomorrow, 2012 and Independence Day: Resurgence - the director delivers the epic battle sequences with expected aplomb, but allows his cast and characters, and in particular Gibson's hero to take centre-stage, which sees the end result deliver on multiple fronts.

The military machinations are also well realised, with some epic battle sequences staged between vast opposing armies, making for arguably the best depiction of the American Revolution ever captured on film, and again helping define this as more than just another Emmerich romp.

It's all-star supporting cast commit to the affray, with everybody from a snarling Jason Isaacs (Star Trek: Discovery) to the underrated French stalwart Tcheky Karyo (La Femme Nikita), as well as turns from a young Heath Ledger (The Dark Knight), Joely Richardson (Nip/Tuck), Chris Cooper (The Bourne Identity) and Tom Wilkinson (Batman Begins).

Gibson is the heart and soul of the piece, though, and he's in pure vendetta mode, adding his retired war hero character to a long line of heroic personas drawn back to violence and pure bloodlust by the loss of loved ones (Mad Max, Lethal Weapon 2, Braveheart and, later, Edge of Darkness). It's an intense performance, with his first display of the vicious tactics he learnt during earlier conflicts proving a shocking sight for his loved ones and audience members, but delivering a visceral, violent musket, axe-and-blade assault that taps into the actor at his most down-and-dirty feral.

It's a great revenge flick, an epic period war movie, and even a solid action film (the hand to hand combat is brutal), with flourishes where it achieves the kind of emotional engagement that has proven otherwise elusive to Emmerich over the last 20 years.

Even if you can't forget them, you can forgive the historical inaccuracies, particularly since The Patriot is almost 3 hours of hugely engaging period action, perhaps even rivalling its better respected big brother Braveheart in terms of sheer popcorn summer blockbuster entertainment.

Remastered in 4K, The Patriot is another impressive addition to all the great native 4K releases we've had already this year (Die Hard 4K, Gladiator 4K, and The Matrix 4K, and, in terms of recent productions, Blade Runner 2049 4K and even The Greatest Showman 4K).

The Patriot's 4K release provides a significant improvement over the now 11 year old Blu-ray, affording the image enhanced clarity, fabulous fine detailing that laps up lines on the visages of the battle-hardened soldiers and the weaves of the period garb, whilst revelling in the sumptuous broad open range vistas and delivering it all with a healthy layer of suitably filmic grain giving it a natural, cinematic texture.

WCG and HDR are superbly implemented to allow for much richer and more vibrant colour tones too (the more senior officers' uniforms excel in this regard), bringing a hitherto unseen intensity to some of the primaries on offer, adding an added layer of depth to even the dominant pastels, and making skin tones more healthy and natural. Black levels are strong and rich, allowing for solid shadow detail, and providing a firm backdrop to what is a tremendous, utterly reference 4K presentation.

As if the spectacular video presentation was not enough, Sony's 4K Ultra HD Blu-ray release of The Patriot trumps its original Blu-ray release with the addition of a High Definition 3D Immersive Audio Track in the form of Dolby Atmos, itself founded on an already reference Dolby TrueHD 7.1 core, which delivers the key elements of dialogue, score and effects with aplomb, although clearly the highlights come from the latter two elements almost exclusively.


Demo and reference through and through

Dialogue remains firmly prioritised across the frontal array, with clarity and coherence throughout which never wavers in spite of the grandest of battles kicking off in the background. The sweeping score is surprisingly emotive, bringing weight to the punishingly brutal fight sequences and enhancing the torturous path of our lead character, drawn back into bloody conflict and fuelled by personal motivation from attacks on his loved ones. The surrounds seldom let up thanks to the score alone, and that's even before looking at the effects.

An extremely immersive, engulfing offering, the effects carry not only some discrete separation across the array but also more than their fair share of LFE weight, with thunderous cannon fire, musket blasts and hacking body blows bringing the battles to violent life. Demo and reference through and through.

This is the second recent 4K Ultra HD Blu-ray release which not only ports all of the old Blu-ray extras onto the 4K Ultra HD Blu-ray disc itself (itself a rarity) but also adds some great new extras into the mix. It's perhaps no coincidence that both titles come from Sony (the other being Fury).

Headlined by an Audio Commentary by Director Roland Emmerich (and Producer Dean Devlin), there are a number of additional Featurettes which support it, including The Art of War, looking behind the tactics and warfare; The True Patriots, looking at the historical accuracy, at least when it comes to the costumes; and a Visual Effects Featurette.

There's also nearly a quarter of a hour of Deleted Scenes, perhaps attempting to appease those who missing the Extended Cut that was previously available on Blu-ray, as well as a short Conceptual Art to Film Comparison, a Photo Gallery and a Trailer. The Patriot, somewhat unfairly, not only rides in the shadows of the more critically favoured Braveheart, but is also sullied by Emmerich's association with larger-than-life epics that often have little to no character or depth. Providing us with a tremendous hero to get behind in Mel Gibson's war veteran, and a snarling villain in Jason Isaacs' dastardly Brit, just enough of an emotional undercurrent, some truly epic period war setpieces, and some brutal hand-to-hand combat, there's more than enough here to make up for the terrible lack of historical accuracy. It's a dizzyingly entertaining American Revolution-set action-epic.

Sony's The Patriot 4K Ultra HD Blu-ray is another fantastic back catalogue release to accompany Fury, delivering demo video and audio, both of which make for a vast improvement over the earlier Blu-ray, and - rather exceptionally - not only porting the Blu-ray extras over to the 4K disc itself, but actually adding to them! It's a great package, and it comes highly recommended.