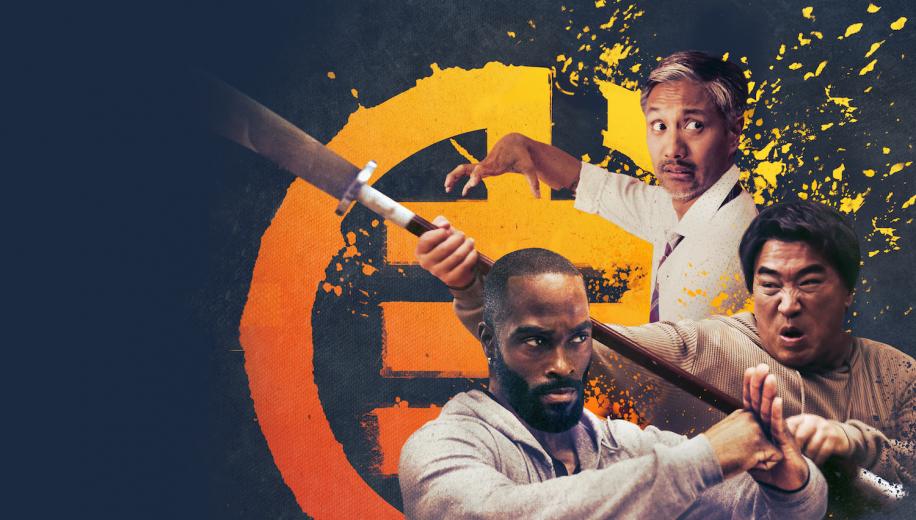 In the vein of Cobra Kai, this heartfelt action-comedy directorial debut gleefully innovates, improves and impresses on a micro-budget.

A real love letter to martial arts, the story of director Bao Tran - whose mentor was Matrix legend Corey Yuen - and his journey to making his first feature is arguably as engrossing as the film itself, drawing upon his own childhood friendships and early studies of martial arts and reframing it in an unusual tale of estranged friends coming together for the funeral of their old teacher.

... from-the-heart filmmaking at its best

Danny, Hing and Jim used to be best friends, three Kung-Fu legends who all trained under the same master. But middle-age has not been kind, with the three having drifted apart for decades, brought together only through the heart attack of their Sifu, who it turns out may have actually been murdered, seeing them reluctantly team up to get to the truth.

Reportedly Tran really struggled to get this project off the ground, offered a $4 million deal as long as he cast Bruce Willis in the lead (which would have been a Cosmic Sin), and politely refusing as he actually wanted to make a good movie, going the Kickstarter route to fund a concept video (which would form the excellent opening intro to the final film) and, in turn, attracting enough attention to put together a meagre million, which was enough to get his cast and crew together and make this all a reality.

Like some unholy blend of the husbands from Netflix’s Working Moms and Karate Kid’s own Netflix follow-up, Cobra Kai, Paper Tigers is from-the-heart filmmaking at its best, not a million miles away from the similarly low budget magic worked to make the Die Hard homage that is Run, Hide, Fight, only here shooting for charming action dramedy.

Alain Uy takes the lead of the intentionally minority main cast of the three former friends and martial arts legends, alongside Ron Yuan and Mykel Shannon Jenkins, and they’re all great, appropriately frosty after years with no contact, still harbouring ancient grudges, and all dealing with real-world problems like (ex-)wives and kids and responsibilities. They may have once been legends, but now they’re very much just paper tigers, forced to dig deep to try and find some of that ancient mojo they once had, buried deep within their ossifying bodies.

... really does work wonders for a million dollar budget

It may be an almost completely unknown cast, but they really give it their all, leaning into the family drama, and old grudges in an honest, authentic way that’s a million miles away from the Fast Family, and developing a genuine rapport with some excellent comedy, both incidental and physical (Yuen’s character’s busted knee gets a lot of mileage). The blend of heartfelt drama, wit and action with surprising stakes is on point, managing to elicit some degree of tension as the old timers are given a Lethal Weapon 4-esque challenge that appears insurmountable. Although, on paper, it seems as if the feature is bolstered by a handful of excellent martial arts setpieces, the reality is that the opposite is true - it’s the story that really drives the feature, with the action integral to the furthering of the plot, something which Tran clearly went out of his way to ensure.

Sure, there are limitations to the style and effects on show - with the gimmick here being Danny’s seeming ability to slow time during fights, which is actually lent a fair amount of realism and will probably ring true for a lot of top athletes - but Tran really does work wonders for a million dollar budget. It will be interesting to see what he comes up with next.

THE PAPER TIGERS is released on altitude.film and other digital platforms from 20 September.