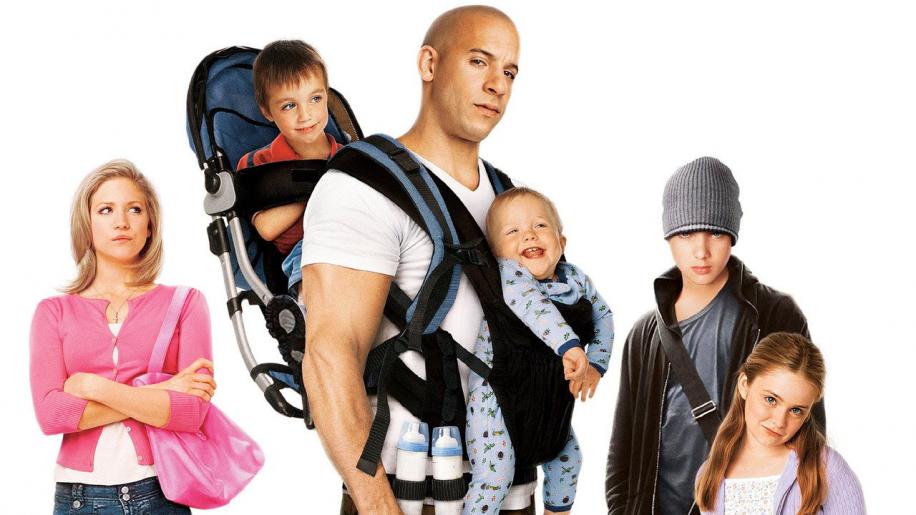 Disney have given us a nice anamorphic print in its correct theatrical ratio of 2:35:1 (a full screen version is available - why?) The film is mainly set in daylight and the beautiful suburban surroundings look lush and colourful. The opening scenes with water and blue skies look vibrant and clear. There are a few scenes at night where the blacks are deep and well defined. Watching the film I could see no compression problems. It's a modern film (2005) and so you would expect a good visual presentation and you have just that.

The soundtrack in Dolby Digital 5.1 sound is pleasant and contains a fair few directional effects especially during the action sequences. The dialogue comes from the centre channel and is clear and audible. John Debney's score is welcomed into the sound mix and really kicks in during the opening action sequence and a chase sequence later on in the movie. A fairly standard soundtrack with nothing really to get your teeth into, but well done all the same.

Looking on the back cover and menu screens of the film, you would think that the disc is packed with extras. In terms of different ones, they are but the trailers are the standard annoying Disney self promotion of their TV shows (in America) and some bog standard trailers. Although I must say their animated Film, Chicken Little looks great. The TV commercials are designed for the kids and features lot of flashy on screen graphics to catch the attention of the ankle biters. The Garrett and Diesel featurettes are a little over two minutes each. Although both of them show they are pretty down to earth guys, the production is so lightweight it's a complete waste of time.

Also included are 5 deleted scenes that are so short you could blink and miss them. The commentary from Director, Shankman and his two writers is quite a chatty affair and a lot better then the other miserable extras. Even though it's a kid's film, you can still have great extras, just look at the Spy Kids DVD's. Nice military style music on the menus though.

The Pacifier is harmless piece of family entertainment. It is funny and has several endearing characters. Vin Diesel proves he can carry a comedy with ample support. I can understand why some snobby critics turned their noses up at it. It is a piece of entertainment, not something to change the world. 96 minutes of throwaway fun with some priceless comedy ninjas..