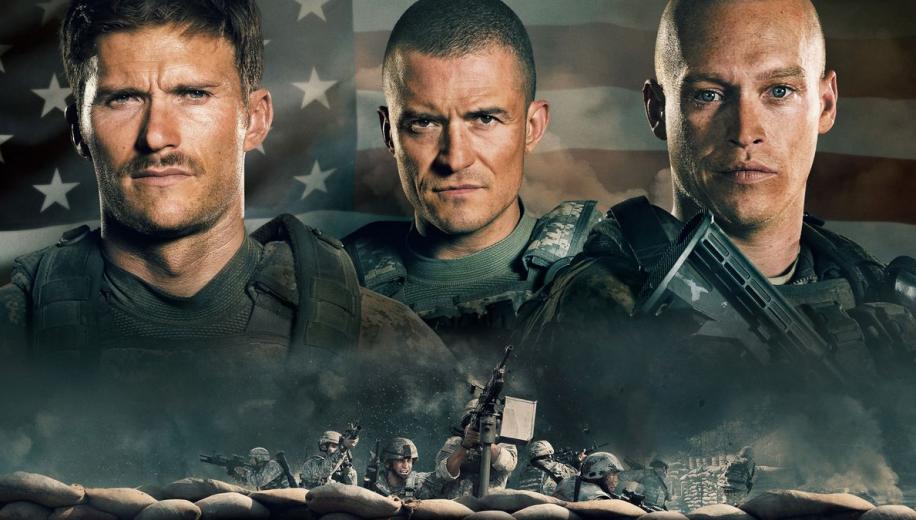 Apex Mountain: a half-joking recursive phrase coined by US sportswriter Bill Simmons. It’s a term used to describe a sports season (or in this case a movie) in which every member of a team is the best they have ever been leading to the best result possible; a sweet spot where the component parts all work seamlessly together, piling up to create a mountain of career apexes. I can think of no higher praise to lend The Outpost than to say unreservedly that it is an Apex Mountain.

Staff Sergeant Clint Romesha arrives with a new group of soldiers to be stationed at PRT Kamdesh. He finds himself under the command of the charismatic and courageous Captain Keating who is in the process of creating a stronger bond between the US armed forces and the local villagers in order to slow Taliban movements in the area. However, a string of replacements struggle to maintain Keating’s established links with the locals and the relationship begin to fall apart leaving the troops stationed at the outpost certain that they are only days away from being at the mercy of overwhelming opposition in an indefensible position.

... able to demonstrate both the heat-of-battle tunnel vision and the emotional complexity of PTSD

The film is written by Paul Tamasay (Air Bud – yes really) and Eric Johnson (The Fighter), adapted from the Jake Tapper book The Outpost: An Untold Story of American Valor about the battle of Kamdesh, a defining moment in the US occupation of Afghanistan. They manage to turn an amorphous group of initially indistinguishable grunts into complex individuals. It’s a rare thing when a script burdened with dozens of characters manages to not feel overstuffed, but Tamasay and Johnson give just the right amount of breathing space in the first hour of The Outpost to allow the audience to connect with all the major players, of which there are no fewer than 20, so that by the time the crucible really heats up, trying to recognise each of the soldiers never gets in the way of the emotional substance of the battle.

Putting their all into conveying these characters are a series of captains played by Orlando Bloom (in his most charismatic performance to date), Milo Gibson (son of Mel), Kwame Patterson (The Wire’s Monk) and Taylor John Smith (you might well ask who) and in each of their command styles they offer a different but equally sympathetic approach to leadership. Holding onto the through line of the story are Scott Eastwood as Romesha and Caleb Landry Jones as Specialist Ty Carter. There’s a frisson of pleasure at seeing Eastwood utter phrases like “not this time” and “goddammit” through gritted teeth in a manner indistinguishable from his father fifty years ago, but not only that, he manages to convince as a leading man for the fist time in his career. He seems to effortlessly carry the weight of holding all the pieces together, aided possibly by his instantly recognisable features. Caleb Landry Jones (X-Men: First Class) is also on a career high here - Apex Mountain, I told you - able to demonstrate both the heat-of-battle tunnel vision and the emotional complexity of PTSD.

Director Rob Lurie (director of the Straw Dogs remake) has worked closely with his cinematographer Lorenzo Senatore (Wrong Turn 3, the Hellboy reboot) - it’s Apex Mountain, man! - to create some technically ingenious shots, almost on the level of Sam Mendes’ 1917. A slow patrol searching for insurgents crosses a bridge and the camera seamlessly moves from an overhead shot, to a handheld shot moving along the wooden boards between the soldiers and off the other side retuning to a long shot of the bridge, the camera positioned high over the valley ending in an effects shot. It feels like a sequence almost unnecessarily good for the movie it’s in.

In a nutshell, that sums up every element of the movie. It feels a little low budget, particularly in the VFX, the digital particles standing out like a sore thumb in the smoke of the explosions. It goes straight down the middle story and structure wise; there’s no moralising, jingoism or judgement, just a straight recounting of the events, almost documentary-like in places. But it still manages to bring us marvels within that mould and to pack a genuine emotional punch. The Outpost might not be doing anything new or anything particularly adventurous – all told it’s pretty much an update of Zulu - but what it does, it does right.