The One Movie Review 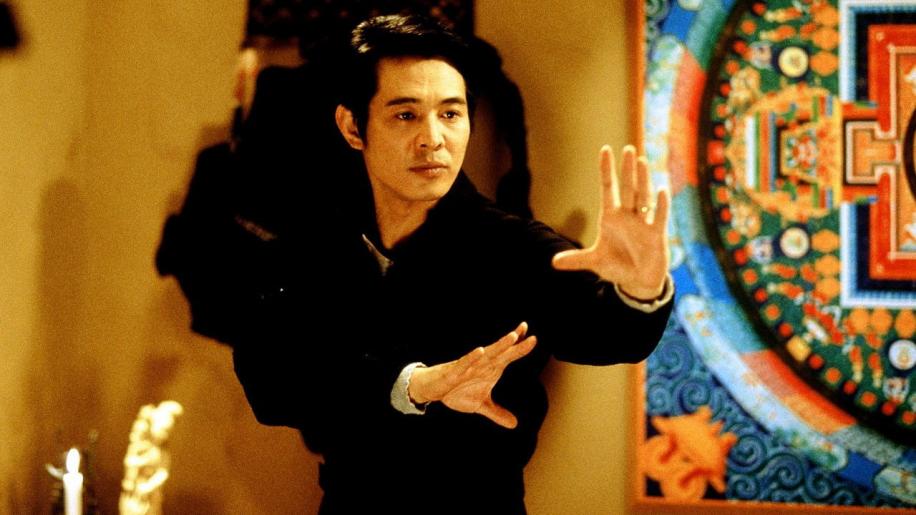 Most movie synopsis' on the back of DVD covers offer at least an inkling of what you're about to watch, so it doesn't bode well when the only description on the back of "The One - Superbit Edition" is the single sentence: "A cop must fight his evil double from a parallel universe in order to save himself and the universe." So it was with a sense of trepidation that I sat back and pressed "play"...

Directed by James Wong of Final Destination fame (and what an excellent movie debut that was) and starring Jet Li (Lethal Weapon 4, Cradle 2 The Grave), Jason Stratham (Lock Stock & Two Smoking Barrels, The Transporter) and Delroy Lindo (Ransom, Heist), The One starts off badly with a voiceover explaining the plot within the first 20 seconds. This immediately smacks of laziness on the screenwriter's part, and it feels like an excuse to get the "plot" bits out of the way so Jet Li and Co. can run around shooting and kicking anything that moves. Which, in fact, it is.

In simple terms (an adequate way to sum this movie up), Jet Li plays a character who travels between parallel universes attempting to murder all 123 of his alter-egos, all because he wants to become...The One. For each alter-ego he kills, he becomes more powerful, possessing superhuman strength and speed - cue lots of Matrix-inspired tomfoolery - and it's only when he meets his final double does he meet his match. Because his double has also grown more powerful with every alter-ego that's been killed. Cue much duelling between Jet Li and errr...Jet Li, with Stratham and Lindo predictably turning up too late each time to apprehend the miscreant (or just in time).

If you're confused at this point it doesn't really matter, for the plot is quite obviously a background consideration to the action. This is first and foremost an action movie, with a pounding heavy rock soundtrack, lots of bullets flying, legs kicking and wire-work which fails on every level to emulate The Matrix (which it's clearly trying to do). The whole problem with The One is that it's not very good. The script is poor, the plot - if you can call it that - is hamfisted and wholly unoriginal. The action itself has its moments, with some good fight sequences, spoiled however by the wire work which suddenly became fashionable post-Matrix. The One is uninspired and lazy, and the only thing worse than the plot is Jet Li's acting - let's face it, he can't - and Jason Stratham's appalling American accent. To a degree I'm sure everyone loves a dumb popcorn movie, sadly in this case most people will find watching their popcorn more interesting than the film itself.