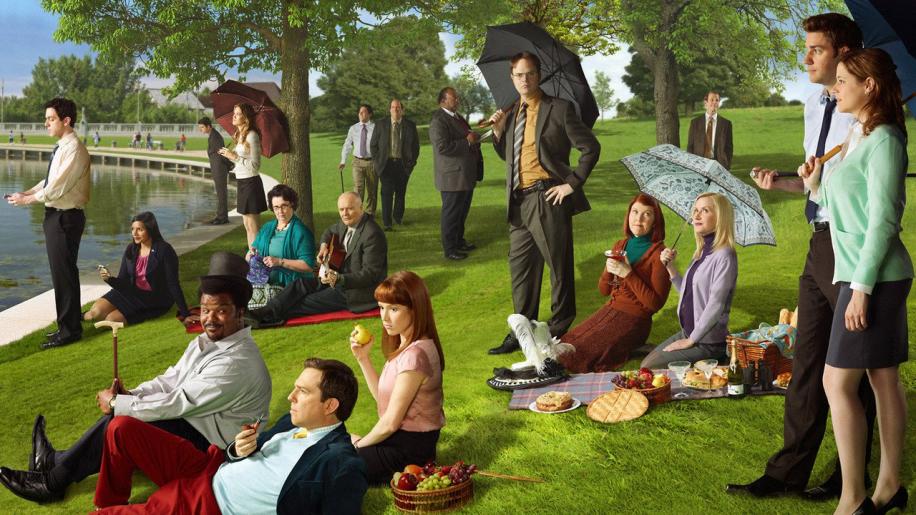 Universal has provided a broadcast correct 1.78:1 aspect anamorphically enhanced for widescreen TVs picture with an average episodic bitrate of 5.55 Mbps. Having just finished its broadcast run, the picture, as you might imagine, is pristine. It is bright and clear with excellent detail, natural colours and free from any original print damage whatsoever. Brightness and contrast levels are perfectly set, giving an all natural look to the offices, or course being a 'mockumentary' there are no call for deep blacks nor stretched colour; it has the look and feel of a clean well produced documentary film. There were no instances of compression problems or any hint of edge enhancement. As good as a TV show will look I think, and as such I cannot fault it, it must get full marks. The disc has been given a very basic Dolby digital 2.0 stereo sound track, totally in fitting with the 'documentary' feel of the show. Although a surround track would have filled out the ambience of the office environment, it might have detracted from this 'look' and as such must be considered excellent. The range is limited to mid to high end with little bass depth at all; separation too was very limited, to be expected with what is, essentially, people talking to camera. So no thrills or spills, but clear and audible; above average and natural for the show. Although there are only two extras for the disc, they are well worth a look/listen. First up, all but the last episode get a commentary (the pilot episode gets two) from members of the cast (including Steve Carell, Rainn Wilson, John Krasinski, Jenna Fischer and B.J. Novak) and crew (including Greg Daniels (writer), Ken Kwapis (director) and Mindy Kaling (writer)). All these people appear on various different episodes, never less than five and sometimes up to eight. With so many people giving commentary, as you might expect, there is plenty of information to be gleamed. Luckily, there are very few instances of over talking, so everything is always audible, even though there is sometimes much, much laughter. Each and every member has something interesting to say, be it about casting, filming or just anecdotes about other cast members.

The second extra is fifty five minutes of deleted scenes. Just in case you are in any doubt, that is two and a half episodes of extra footed filmed and not used! The scenes are selectable from each episode individually or all together in a play all function. Although no explanation is given for their excise, it is pretty obvious the removal was for timing, each episode is only a meagre 22 minutes long to incorporate the mammoth amount of ads state side. These scenes are pretty much the same stuff that is in the show itself, though there are many more 'interviews' with the background characters, really fleshing them out. I found watching these scenes comparable to watch the series proper, a really great extra.

Finally, not a selectable extra, rather when the disc boots up you are treated to trailers advertising latest TV releases of classic NBC programs. The Office USA is a rather different animal to the Office BBC. Initially rather unlikable after a time it becomes slightly more friendly and thus more enjoyable, I did end up wanting to see more. As a DVD, Universal has produced a well presented disc with outstanding picture quality and though a small list of extras, all are worth investing in. If you can get past the remake stigma and the first episode, there might be something there to enjoy.