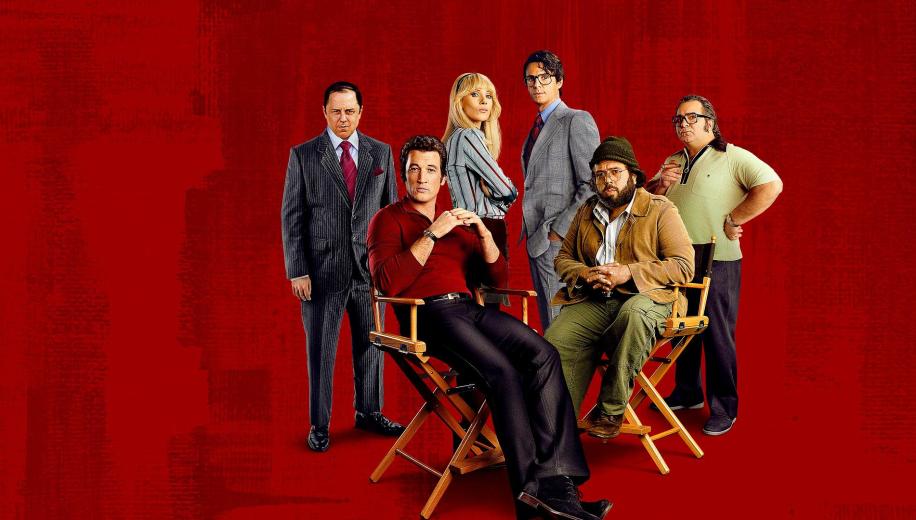 This colourful, fictionalised look at the making of The Godfather playfully recreates the violent birth of Coppola's epic, and the very real threats to its existence.

Paramount was in a pretty precarious position before the success of The Godfather, with a succession of epic movies running over budget and failing to realise a profit. Studio execs didn't want to invest in a big budget gangster epic, they didn't want to invest in Puzo or Coppola, or the unpredictable talent that was Brando. But The Godfather, for them, turned out to be the ultimate story of success against the odds so, with the birth of Paramount Plus, we look back at the Second Coming of Paramount, and what it actually took to get this epic made.

In debt to gangsters, struggling author Mario Puzo reluctantly pens a story of what he knows - gangsters - selling it to be made into a movie, knowing that he could make a lot more if the actual movie gets made. The producers find their equally reluctant director in Francis Ford Coppola, uninterested in adapting Puzo's salacious - but popular - novel, but himself struggling with the debt that his film company is in, and compelled to take the job. Finding a perfect companion in Puzo, the two then need to find a cast to populate their movie, but behind the scenes powerful, connected, individuals are circling the Studio like vultures, looking to tear it down before it even gets off the ground.

The Offer drops on Paramount Plus in the UK in a slightly different fashion to most of its other Day One releases over here - with more than just the first three episodes available, and actually the whole season dropped in one go. A frequently grand production in its own right, it frequently nods to the style and scope of The Godfather itself, right from the opening sequence, and enjoys plenty of self-referencing tributes that fans will absolutely love. It's interesting because, really, most Godfather fans - even those vaguely aware of the troublesome production behind it - probably thought that there really wasn't much of a story to tell here. But even just from the premiere episode, it's pretty clear that there's a juicy story in here.

... even just from the premiere episode, it's pretty clear that there's a juicy story in here

Miles Teller (who, between Top Gun: Maverick and Netflix's Spiderhead, is just about everywhere right now) heads up the cast as young producer Al Ruddy, with Matthew Goode an excellent Robert Evans, but it's arguably the casting of Puzo and - most distinctly - Coppola - that defines this production, with Patrick Gallo and Dan Fogler, respectively, utterly excellent in the roles. People may be familiar with Puzo's works, but it's interesting getting to know - however fictional it may be - the 'real' man behind them, and even more so with the enthusiastic Coppola, who clearly was up against it during this production (imagine The Godfather, only set in contemporary Kansas City, shot on a Studio lot, with Burt Reynolds instead of Pacino). And that's just the legitimate studio trouble, with Frank Sinatra and the very mafia itself 'concerned' over the depiction of their famiglia, and more than prepared to play dirty to get it shut down.

Often funny, surprisingly compelling, with an air of Mad Men around the edges and countless trivia nods put in which will please dedicated fans of The Godfather, The Offer is really a whole lot better than it has any right to be, and it makes you wonder whether Fogler's Coppola might like to take us through similarly rollercoaster rides on some of the director's other productions... with one obvious one standing out, but for the fact it was already so comprehensively covered in Hearts of Darkness.

The Offer is on Paramount Plus in the UK from 22nd June 2022, with the entire 10 episode limited series available on launch. 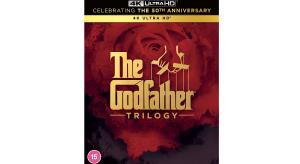 by Simon Crust · Mar 28, 2022
The greatest gangster saga ever told comes to 4K, with all new restorations, making this a set you cannot refuse.
10

Under the Banner of Heaven (Disney+) TV Show Review