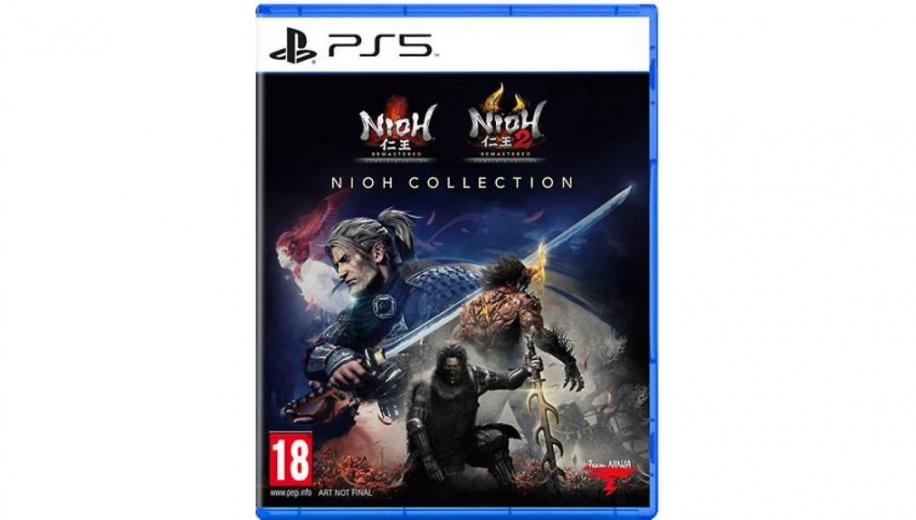 The PlayStation series of consoles have traditionally been served a healthy diet of rock-hard Japanese action RPGs and, in Nioh and its sequel, the PS4 was treated to two of the finest. Developed by Team Ninja – the studio behind the Ninja Gaiden games – the duo presented the sort of free-flowing combat and challenging boss battles synonymous with the genre. They rightly stand as being amongst the console’s best exclusives.

Now they have been remastered for PlayStation 5, packaged together and see all subsequent DLC included for good measure. What’s more, they now count among reasonably few titles so far to gain a 120 frames-per-second mode, putting the Collection firmly on the radar of AV fans and hardcore gamers alike.

The Nioh games are reasonably simple in theme and gameplay style. Heavily inspired by the Dark Souls franchise, they each work as a series of increasingly more difficult battles as you progress through scenes in order to face the next big boss. There is exploration and plenty of weapons and loot to discover and equip, but it’s more the fluidity of its fights that appeals over its role-playing elements.

The stories of both games are typical fare, with demonic undertones intertwined with real historical events that took place in the Japanese Sengoku period. It swings into hokum often and is largely vague. Thankfully, it’s also largely irrelevant as the action is where Nioh 1 and 2 excel, and you’ll be too worried about avoiding death to concern yourself with plot exposition.

They rightly stand as being amongst the console’s best exclusives.

Nioh 2 is the better of the games, for sure, with enhanced playability and enough tweaks to make it more comfortable. It also looks nicer all round, thanks to being a more recent release. But, the first Nioh is an essential addition to see where it all came from – and its inclusion, along with all of the DLC, ensures that there’s a good 150 to 200 hours-worth of content here. Maybe even more if you get stuck on sections and end battles as we often did.

If you’re coming back to Nioh having played it on PS4 previously, you’ll be thrilled to note that there are some decent headline PlayStation 5 features in its remaster. As well as some DualSense-specific additions, such as haptic feedback when traversing rubble and adaptive trigger use for firing arrows, there are new graphics modes on both games.

You can now choose to play each game in three separate modes: a standard mode, 4K mode, and one for 120fps.

The latter is solely for owners of a compatible 120Hz TV (or game monitor) and drops the resolution to achieve extraordinary smoothness and response times. It’s incredibly impressive, even without the levels of graphical detail you get with the other modes, and genuinely helps a game that relies on perfect timing and button presses.

... you’ll be thrilled to note that there are some decent headline PlayStation 5 features in its remaster

It’s not without fault, as you do notice the occasional frame stutter – especially on the second game – but it’s still buttery smooth for the most part. It’s a shame that the PlayStation 5 doesn’t currently support VRR (variable refresh rate) as that’d make frame drops imperceptible, but we can live with it anyway, considering there are currently so few 120fps games around.

In addition, the 120fps mode can be chosen through each game’s settings rather than at PS5 system level (as with Call of Duty: Black Ops Cold War). That’s a definite bonus.

If you don’t fancy the resolution drop, or don’t have a 120Hz TV, you still get 60fps with the other two modes: 4K and standard.

The main difference between them is the level of detail you get in the game world, with improved shadows and the like in standard mode. However, it’s relatively hard to see any major differences, and 4K gives a higher resolution more often – albeit also dynamically so, so isn’t necessarily perfect.

For us, if you have a 120Hz TV, that’s a no-brainer for this type of game – even with what looks to be half the resolution. But everyone else will be more happy with the 4K mode than standard, we feel.

Whichever you choose, Nioh 2 looks great. The first game is a little more rough around the edges, but remember, while they have been graphically enhanced, they are still effectively using PS4 assets so, in that respect, lower your expectations a touch.

The surround mixes on both games are excellent – atmospheric and orchestral. The PS5 does not support Dolby Atmos for gaming, of course, so you get standard 5.1 separation.

The audio settings aren’t much to shout home about, being a series of volume sliders and little else, but there is support for the PlayStation exclusive 3D Audio. That effectively means that, should you own compatible headphones – such as Sony’s own Pulse 3D wireless headset – you get excellent virtual surround effects when you don’t want to bother the rest of the family.

On top of the graphical additions, The Nioh Collection has one last bonus for PS5 owners. Thanks to the console’s SSD storage and developer optimisation, the game loading times are significantly improved. In fact, they are so markedly different to the originals on PS4 that it’s almost a different game entirely.

... you have a very attractive bundle that serves as a fine test for a new TV

With both Nioh and Nioh 2 often being challenging to the point of frustration, you will die many times over. And, therefore, the game has to reload from your last save point over and over again. On the last console, this could take anywhere up to a minute each time. However, on PS5 it loads in mere seconds, making the experience far less exhausting.

This is possibly the biggest next-gen upgrade of them all, in fact, and makes the duo more easy to recommend to those who may have downed tools the first time around. Throw on the 120fps or 4K modes, as applicable, and you have a very attractive bundle that serves as a fine test for a new TV too.

Just be prepared to lose your rag at it on occasion.