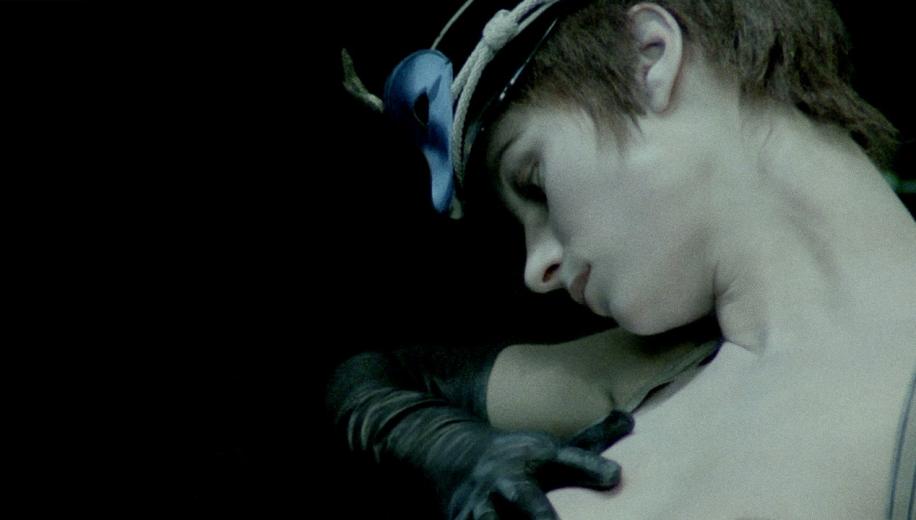 Almost all of her features have concerned historical and psychosexual themes, addressing some controversial subjects over the years, most notoriously in her "Nazisploitation' movies which have had polarising reactions from critics - generally dismissed in America as being irredeemable trash, and assessed more favourably in Europe as exploring groundbreaking subject matters.

The reality is that The Night Porter is probably a bit of both. It's a hard enough to depict an obsessive, sadomasochistic relationship and promote that as a genuine 'love story' without that itself raising eyebrows and potentially falling down in the Fifty Shades of Grey realm of trash TV, but to set it against the backdrop of the Holocaust, and have the star-crossed lovers be an SS Officer and a teenage girl in the concentration camp he oversees? Well, that was probably just asking for trouble.

The Night Porter goes to some lengths to avoid too much commentary on Nazis themselves, skirting around the notion that Dirk Bogarde's former SS Officer protagonist no longer wants to be a part of their club, nor involved in their scheming, and just wants to be left alone, and suggesting that - despite his 'personal' interactions with Charlotte Rampling's teen in the camp itself - he would actually go to great lengths to protect and defend her. But the reality is that the whole setup is just... questionable, and that the very suggestion that this messed up romance somehow smoothes over the torturer/victim relationship that this essentially starts off as, during the Holocaust, is possibly too ambitious for any film to pull off.

Credit to Cavani, who co-wrote the story and screenplay, and to the leads Bogarte and Rampling, for utterly committing to the tale, going above and beyond in some rather uncomfortable scenes, in what is a rather uncomfortable film really. Ultimately though, whatever message and themes they were trying to address really do get lost in the murky, messy backdrop that can't help but inform every minute of the feature.

The Night Porter comes to UK Blu-ray thanks to CultFilms, courtesy of what appears to be a brand new 4K remaster supervised by director Cavani, who a few years back supervised a restoration for the US Criterion Blu-ray set, but only at 2K. The differences may be negligible, but Cavani reportedly maintains that this is the definitive vision of her most famous film. The disc presents a 1080p/AVC-encoded image in the film's original aspect ratio of widescreen 1.85:1.

The Night Porter was a pretty gritty, grungy-looking movie steeped in murky greens, greys and blues, and washed out, dour environments where the sun appears to have never shined. Despite this, the presentation maintains strong, pleasing detail and a healthy level of grain that seldom gets too unwieldy. The colour scheme was never going to pop, but it's well represented here and, with the director's involvement, we can assume that it looks largely as she wanted it to look - pretty damn bleak. It's never going to be used as demo material, but it's a good presentation nonetheless.

Dialogue comes across clearly and coherently throughout, dominating where necessary what is obviously a front-centric affair, with some nominal atmospheric effects and a haunting and effective score, which is afforded strong presence too.
﻿

CultFilms extras package doesn't quite match up to Criterion's but does afford two strong supplements.

The two new Interviews - one with director/writer Liliana Cavani and one with Charlotte Rampling - afford some strong reflection on the production.

It would be nice to view The Night Porter as nothing but a dark psychodrama exploring forbidden romance cursed by fate and environment, but it's also equally hard to move past - and forgive it - its controversial setting, which colours its every frame.

CultFilms' release of The Night Porter is a strong package, promoting 4K remastered video and original mono audio, as well as a couple of strong Interviews from the core participants. Fans will want to pick it up.