So, it’s basically X-Men. Victorian X-Men. If you like the sound of that, watch this. If you don’t, don’t. 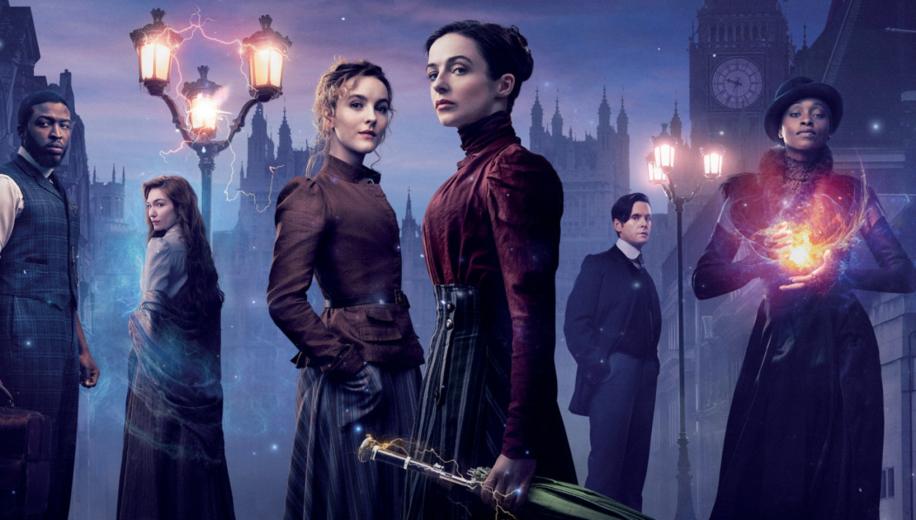 With an opening of six episodes, The Nevers is a show so heavily focussed on “world-building” it loses sight of the things that make for an engaging first season. Poor structure is not the only thing causing problems here – there are some truly dreadful performances and more Victoriana quirkiness than anyone could possibly jam in their craw – but it is the most important.

In Victorian London, a group of women (mostly women) have begun to manifest strange powers after seeing a light in the sky. Branded with the name The Touched, these women (mostly women) are regarded by society with suspicion, not least because one of them appears to have gone on a Jack the Ripper style killing spree. Caring for them, however, is orphanage owner and future-seer Amalia True and her close friend, steampunk inventor Penance Adair. As they search for more of The Touched to bring them back to Professor Xavier’s School for Gifted Youngsters, they find themselves competing with a disfigured man with a much more sinister purpose.

A shaky opening season can easily recover from a single rubbish character or overstuffing with silliness, but what’s harder to come back from is alienating viewers by pushing identifiable characters aside to expand some nearly impenetrable lore in the name of “word-building.” And that’s what happens with the new series from Joss Whedon, The Nevers. In an effort to set up something bigger for an assumed long game it forgets that that these are the opening episodes of a new series and, as such, they have a very specific job to do. Namely, keeping the audience interested. And to keep an audience interested, you have to keep your show relatively accessible, usually with a handful of main characters, a couple of gleefully evil bad guys, and a couple of wild cards. Looking down the barrel of a plot gun is daunting and, regardless of whether there is pay off later, you can’t assume at this point that your audience is in for the long haul.

... pushing identifiable characters aside to expand some nearly impenetrable lore in the name of “word-building.”

The show is also guilty of trying to force emotional impact at every turn. Tragedy, trauma… truncated lifespans (really had to fish for that last alliteration, but I think I pulled it off), they’re cards played too early on to have any real weight. To pull from another Joss Whedon show, when a main character exited Angel after only nine episodes, it was a gut-punch. Nine episodes of hanging around with three main characters solving self-contained cases each episode slowly setting up a future for these characters was ripped up in a moment of self-sacrifice (jeez, spoilers for Angel, I guess?) and it opened up an ongoing story that suddenly had real stakes…which it then promptly screwed up with the character of Connor. But that’s another rant for another time.

The point is, that first season of Angel knew how to pull you in and tear you up while playing to the accessible monster-of-the-week format and setting up greater existential threats. The Nevers can’t seem to manage that. A short first season, made even shorter by that strangest of US TV fads, ‘the mid-season break,’ has forced the show to go full steam into PLOT and all the viewer can do is hold on for dear life. But the writers and producers haven’t exactly helped themselves: introducing too many characters too quickly has hamstrung all efforts to feel particularly strongly about any individual. It’s a struggle to even remember most of their names, let alone to describe what sort of person they are.

As it thunders along at breakneck pace, there is a great deal of entertainment somewhere in there. The dialogue often has the characteristic sharpness of a Whedon produced show, a blessing to those who enjoy his typical blend of snark and sincerity. It also dabbles with some ideas that don’t immediately feel like they belong in a Neil Gaiman penned episode of Doctor Who. The majority of the cast hit that bouncy blend of having fun within the world whilst still taking their character motivations seriously. There are a handful of notable exceptions to this but most enjoyable to watch across the half-season are Nick Frost as the underworld mastermind The Beggar King (okay, that one almost CERTAINLY is pilfered from Gaiman), Pip Torrens as the heartless captain of industry, Lord Massen and Ben Chaplin as the hard-on-the-outside-gooey-on-the-inside police inspector, Frank Mundi.

... ends on a real high, opening some of its mystery boxes in a gratifying way...

It also ends on a real high, opening some of its mystery boxes in a gratifying way and suddenly expanding the story into territory which may prove more fertile when the show returns for its second half. The turn in the final hour proves that actually the people behind this story have something really interesting on their hands and we're granted the first real look at what sort of show this could become, and maybe what sort of show it should have been from the beginning.

That dialogue, those reveals, the production design too, if I’m being honest, is just about enough to salvage these six episodes from being a bit of a waste of time. But a couple of monster-of-the-week episodes inserted between episodes two and three (or even just replacing those episodes) to play around with the concept would have done it the world of good. The playfulness of previous Whedon outings is present in aspects of The Nevers, it just needs to slow down a little.

The first six episodes of The Nevers are available on Sky Atlantic now through your Sky or Now subscription.