A political hostage thriller that’s packed with tension and suspense. 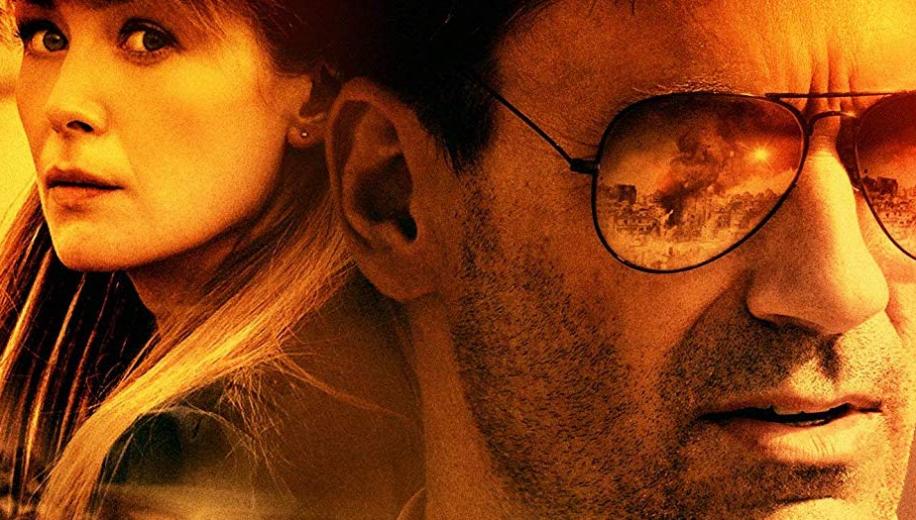 From the writer of The Bourne Trilogy comes a taut hostage thriller that will have audiences on the edge of their seats.

The Negotiator started life as a script penned during the early nineties based on an idea Tony Gilroy had whilst working with producer Robert Cort, who was to be a former CIA analyst, on the film Cutting Edge. Gilroy hadn’t even begun to make his mark in the film world at this point but years later he would be the man behind screenplays such as The Devil’s Advocate, The Bourne Trilogyand Michael Clayton, to name but a few. It would take the success of Argoto prove that political thrillers set in the Middle East were a viable option for Gilroy’s script to eventually get the green light.

Mason Skiles (Jon Hamm) used to be a US diplomat based in Beirut during the seventies. He seemed to have it all: a gorgeous wife, a beautiful home and a fantastic social life. But everything that Mason knew and loved was stolen away from him one fateful night and the life he once knew would be forever changed. Ten years later and Mason, now a functioning alcoholic, works as a mediator for labor disputes back in the US. The Mason that was once the smooth and charming life and soul of the party has gone and has been replaced with tortured and torn man who seeks solace at the bottom of a bottle.


A taut and precise political thriller.

While drowning his sorrows in a bar a stranger approaches Mason with instructions to return to Beirut - it’s the sort of clandestine request you can’t decline. And so begrudgingly Mason boards a plane and heads back to the place that holds heartache and bad memories. Bernard Teppler (Jonny Coyne), a slightly quirky and endearing fellow, takes Mason to meet the men that requested his presence - CIA and Embassy officials Donald Gaines (Dean Norris), Gary Ruzak (Shea Whigham) and Ambassador Frank Whalen (Larry Pine). They explain that an American CIA agent has been kidnapped by terrorists and they want to exchange him for an imprisoned terrorist leader which they believe is being held by Israeli secret police.

Mason’s job is to negotiate with these terrorists before the CIA agent reveals any state secrets, and to assist him is “cultural attaché” Sandy Crowder (Rosamund Pike). Navigating his way between American government officials, Israeli military boss Roni Niv (Alon Aboutboul), Palestinian Liberation Front minister Bashir (Ahmed Said Arif) and corrupt bureaucrats, Mason soon realises that there are other agendas at play and he must tread with extreme caution as not everyone can be trusted. The Negotiator is a taut and precise political thriller that doesn’t swamp the audience with a dozen different names and faces. It is a simple narrative which sticks with a few significant people to deliver the story which works to reel you into the action and events that unfold on screen. The film was shot in and around Tangier, Morocco, in a city with half finished and remnants of buildings that fully befit the temporal setting of the film and work fantastically in transporting the audience to this dark and exotic place.

Cinematographer Björn Charpentier used vintage anamorphic glass lenses from the ‘70s and ‘80s that further enhanced the look and feel of the film, utilising the soft contrast and focus in conjunction with the dark palette that director Brad Anderson wanted to emphasise the darker themes within the film. Anderson’s decision to use hand held cameras really helps to give the characters a sense of urgency and immediacy within their location which is integral to the storyline and the various time constraints the characters have to deal with. The script transfers to the screen nicely as it gradually and steadily builds momentum; the stakes are raised and the actions of those involved are slowly realised by Hamm’s Mason who must use his smarts if all is to end well. There are a couple of moments that are predictable but those aside it still remains a very tense ride and I for one was never sure how it was all going to end.

It goes without saying that Jon Hamm is pretty darn good as Mason Skiles. Referring to his time spent as the brooding Don Draper, Hamm is utterly believable as Mason who is both moody and sharp-tongued, delivering cutting remarks with ease. Pike’s Sandy Crowder is a smart woman who knows the limitations of working in a very masculine environment, but yet manages to still get the job done and work around those who might get in her way. The whole supporting cast are great, with each having enough screen time to establish and insert their character into the storyline.

The Negotiator is an engaging political hostage thriller that will easily keep fans of the genre on the edge of their seats. It’s not overly complicated and doesn’t try hard to be something it’s not. The filmmakers have all done a fantastic job at realising the time and place of the film which makes it easy to let yourself get caught up in the action as it unfolds on screen. While it might not necessarily be a film that warrants a cinema viewing, it is a film that will entertain audiences and watching it on the big screen can only further enhance that entertainment.