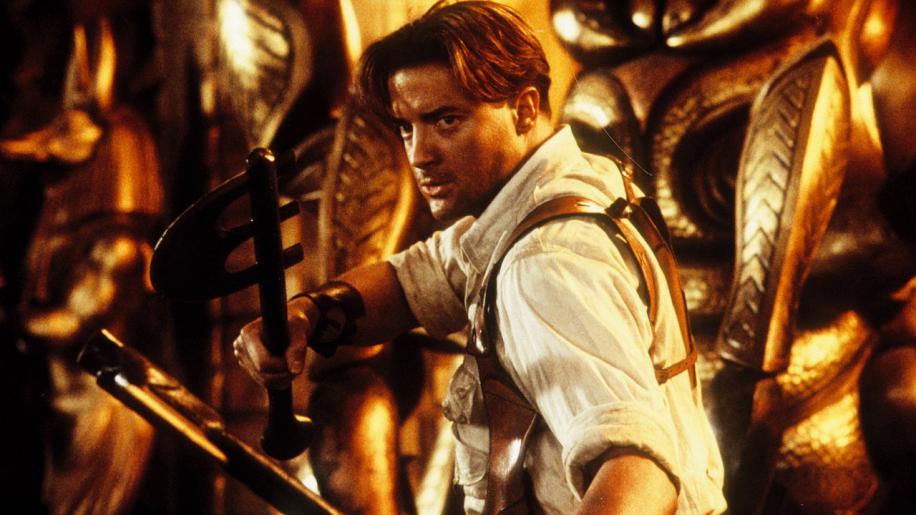 Once more the mummy Imhotep (Vosloo) has been brought back to life to plague Rick O'Connell (Fraser), his wife Evie (Weisz) and now their young son Alex (Freddie Boath). This time though, Imhotep isn't simply out to reincarnate his lost love, he's out to awaken the the Scorpion King (wrestling star The Rock), kill him and take control of his unstoppable horde of Anubis Warriors. After Imhotep kidnaps Alex to guide him to the Scorpion King's resting place, Rick, Evie, her brother Jonathan (Hannah) and protector of Egypt Ardeth Bey (Fehr) are reunited to stop this unspeakable evil from consuming the world once and for all.
More than anything else, The Mummy Returns smacks of the work of a filmmaker afflicted with George Lucas syndrome. Could it be that the unexpected success of the original film has left writer/director Stephen Sommers in a position where nobody is willing to question his decisions? There's really no other excuse for a film as disjointed and repetitious as this. You can not question the man's imagination, as there's enough on display in the film's two hour running time to fill three movies, but all crammed together as it is here, none of it really has any impact.
Another flaw in the move away from the original's low-key horror to big budget action adventure comes from the ever growing reliance on CGI effects. As good as the CGI creations might be, few of them have any real personality, and the majority simply look as if they've escaped from a PlayStation game (the Scorpion King in particular is a real disappointment).
It's not all bad. Many of the action scenes do impress, particularly the hand-to-hand combat sequences featuring human protagonists. At the end of the day The Mummy Returns is yet another of 2001's lacklustre summer blockbusters, and over here it still suffers from BBFC cuts.