Hardly mind-blowing, but not a bad little slice of pre-Christmas survival drama 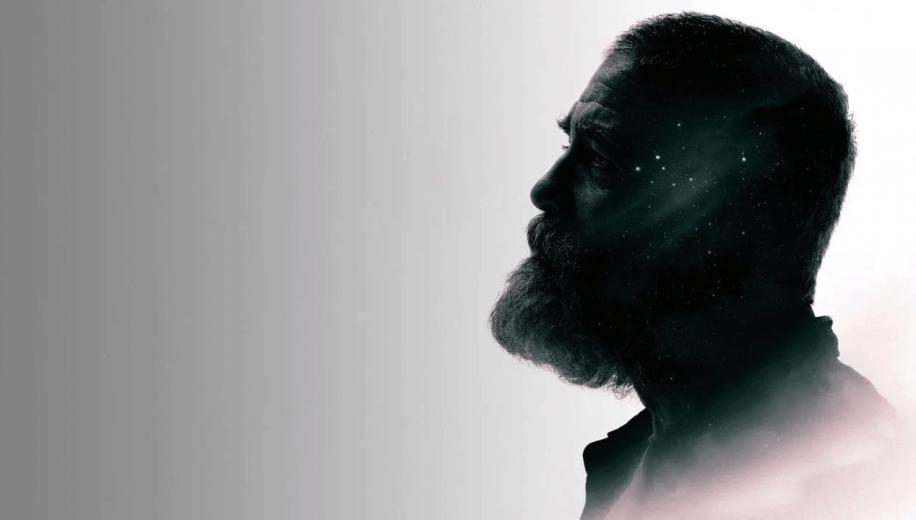 George Clooney directs and stars in this thoughtful and modestly effective post-apocalyptic sci-fi for Netflix.

All eyes were on Clooney's latest project, one of the biggest titles to come to streaming - at least in the UK where we don't have HBO Max - and early reports were not particularly favourable, but whilst it may not be groundbreaking, The Midnight Sky is a pretty good effort for the provider, delivering well-engineered entertainment that's at its best with Clooney front and centre.

As a quiet Christmas draws in, it's a solid night's entertainment

After an apocalyptic tragedy leaves the Earth decimated by lethal radiation, and as many as possible evacuated, one dying scientist stays behind at a research station, only to find that a two-year mission to Jupiter - previously out of contact with the Earth - is heading home to all that death and destruction, unless he can find a way to warn them off.

Midnight Sky is a flawed but solid enough offering for pre-Christmas entertainment, attempting post-apocalyptic space sci-fi survival in the vein of Gravity, Sunshine and Interstellar, but with more of a focus on the emotional through-line, for better or worse, and less of an assured focus. It splits the narrative between Clooney's beleaguered scientist and his increasingly desperate attempts to make contact with the returning space craft, and the astronauts, whose own troubles escalate as they forge their way home. However, whilst The Midnight Sky blows its budget on the occasionally impressive space sequences, it actually probably could have sustained itself as a simple one-man survival drama, and delivered leaner thrills - think: the underrated Gravity-at-sea Redford piece All is Lost. Almost every scene with Clooney is compelling, and strongly acted, with the veteran actor/director affording the part quiet restraint and palpable determination, and giving it enough reason to make for a decent night's entertainment.

Where The Midnight Sky starts to drift is when it spends an increasingly long time above the Earth, following a groups of thinly-sketched astronauts whose attempts to convey professionalism also largely equate to them being almost entirely devoid of emotion (perhaps that's the payoff for going in the opposite direction to the teen idiots squabbling aboard their craft in Another Life). Felicity Jones could have probably carried that portion of the story single-handedly (and pretty-much has to) in a few scenes of communication - attempted or otherwise - with Clooney, but instead The Midnight Sky goes late-stage big on space calamity, drawing further parallels with the curious companion piece that is Gravity. Unfortunately, the signposting is strong with this one, and little is left to surprise, with more ingenuity to be found back in the snow, and Clooney's arc - however contrived it ultimately may be - played out pretty damn well thanks to the main man himself.

Hardly groundbreaking but well-engineered nonetheless, with Clooney himself on excellent form, both behind and in front of the camera

Spooks' David Oyelowo keeps getting these relatively big parts for no apparent reason whatsoever, unfortunately showing absolutely zero chemistry with Jones, whilst Kyle Chandler does his best with a thankless bit part, and similarly Demian Bechir, afforded even less to work with. It's a crew and a vast and intricate Silent Running 2020 craft, as well as some impressive setpieces, all of which the film ultimately could have ditched to better effect, but perhaps Studios no longer trust Clooney to carry a movie single-handedly, or perhaps the novel source material dictated they follow this pre-arranged trajectory.

Still, despite some obvious flaws, Clooney carries you through, clearly a cut above the material but pulling it up rather than letting it drag him down, and delivering trademark thoughtful work. It's closer to a 7 than a 6 almost entirely thanks to him. At every opportunity he reminds you of what the project was aspiring to, no matter how much the Netflix curse of saggy editing and fractured pacing still overshadows the piece. As a quiet Christmas draws in, it's a solid night's entertainment.

Midnight Sky is available on Netflix from 23rd December
﻿