The Meaning of Life Movie Review 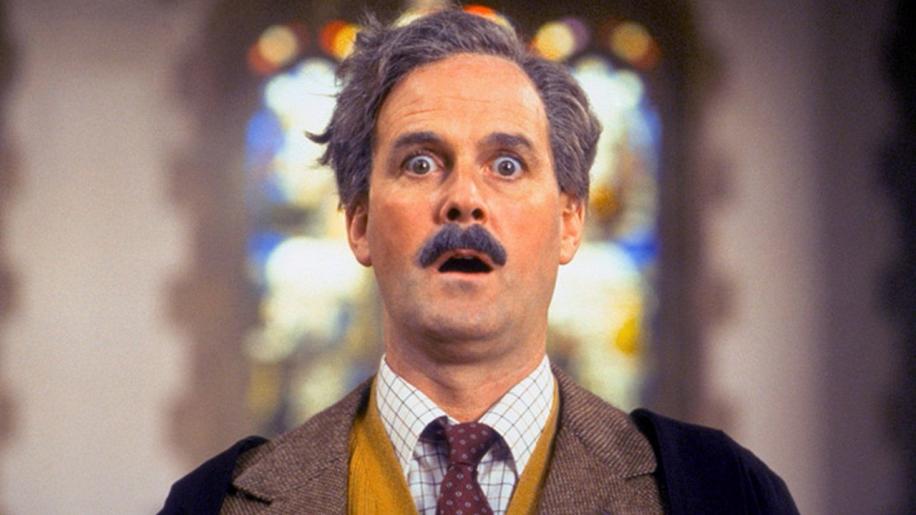 The Python team manage to put their creative differences behind them (almost!) for their third major motion picture outing in the grandly titled Meaning Of Life. It is well documented that by the time Life was in pre-production Graham Chapman was often the worse for wear, and the rest of the team, with the possible exception of Palin, were becoming increasingly fractious in each others company. This is reflected in the movie, which is a series of prolonged sketches that are loosely bound together under a sort of seven ages of man theme from birth to death. Cleese expressed his concerns at this format on a Jamaican jaunt the team took to try to pull a series of disparate sketches together into some kind of linear structure. He said about the trip “I feel a sketch format can only hold an audience for 45minutes or so, then the lack of a story will turn them off.” This is very insightful and largely true.

The movie kicks off badly with Gilliam's self indulgent “Crimson” short. This pointless story of revolt among office workers who then “sail” their office block into the big city where they attack the HQ of an American multinational corporation is certainly clever, and most definitely irreverent, but the humour is like water in the desert, hard to find and evaporates quickly when you do. Thankfully when the movie “proper” kicks off with Chapter 1: Birth - we are straight into the Pythons at their satirical best, inspired, insightful, and pant-wettingly funny. As mentioned earlier the movie is, in effect a series of extended, flamboyant sketches, with big musical number such as “Christmas in Heaven”, and “Every Sperm is Sacred”. Generally speaking the musical numbers work wonderfully well, particularly Michael Palin, who has always been the most talented comic actor of the band, as the Yorkshire Catholic who is not allowed to use contraception and so has several hundred children in a terraced two up two down. His woeful lament that due to his impending redundancy he must donate the children for medical experiments is delivered with expert, dead-pan flatness, and as the children respond with the suggestion to have his testicles “lopped off by accident” I was holding my sides with laughter. Some of the sketches don't work so well. The war scenes being particularly weak in my opinion.

Widely regarded as the weakest of the Python movies, Life is still, on balance, a worthy addition to their C.V. It has more hits than misses, some of the musical numbers are excellent, there is much more naked flesh than in the previous films, and if you can chose the means of your death as Graham Chapman does, then being chased by a bevy of voluptuous, naked women seems like a first rate choice to me.