"My captors cannot forgive me for something that I have never done." 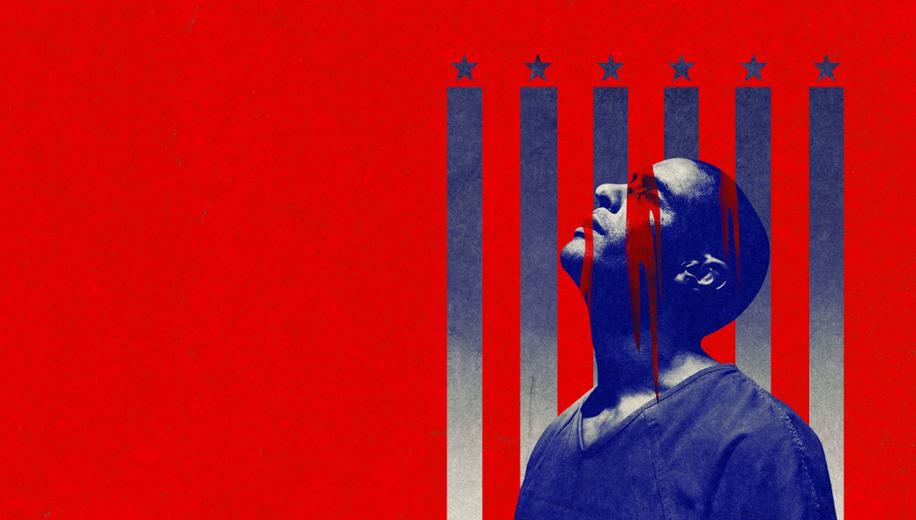 The Last King of Scotland director Kevin Macdonald returns to what he does best, with this haunting and unmissable true life expose on one 'terror' suspect's seemingly eternal detention in Guantanamo Bay.

Fancy a journey into hell? The Mauritanian will take you there, one level at a time. It's a damning tale which details years of horror endured by one man whilst the United States Government hunt for the culprits behind 9/11, employing Special Measures to get the answers they were looking for from him, and connecting the dots by whatever means necessary just to get the closure that they felt the country was demanding. It's a clinical deconstruction of sanctioned torture, done with the build-up of a courtroom drama - A Few Good Men-style - and the execution of a scathing docudrama expose.

The Mauritanian - not wholly unlike Amazon's other exclusive on 9/11 'enhanced interrogation', The Report - doesn't require overt exaggeration or melodrama to tell a haunting, and extremely human, story of injustice

Approached to take a pro bono Gitmo case, seasoned defence lawyer Nancy Hollander slowly unravels a case involving unjustified, prolonged detention, torture and possibly even a far-reaching conspiracy that cuts to the heart of the US Administration, whilst her military lawyer opponent Lt. Colonel Stuart Couch starts to wonder just how strong his case is and whether or not the Government really will do whatever it takes just to find somebody, anybody, to blame.

The Mauritaniam comes to UK shores as part of your Amazon Video package, presented in 4K UHD with HDR too. Even if it still stings that Amazon ditched Dolby Vision (whilst Netflix and Apple continue to rightly promote it), having the 4K HDR option is very good nonetheless. It's a slick production, landed a documentary style not least thanks to its Zack Snyder's Justice League aspect ratio choices for the flashback/imprisonment sequences, flipping back and forth between 2.4:1 and 1.33:1 seamlessly and effortlessly (a tactic Apple's impressive Russo Brothers drama, Cherry, employed for similar effect). The 'fullscreen' footage has a more processed, grainy and worn look - intentionally so - which only highlights just how clean and detailed the 'widescreen' mainstay of the drama looks, promoting crystal clarity, fine object observation, excellent texturing and superb implementation of tones and colour (which benefit from HDR even in the 'faux footage', like the shot in the desert where the blue garbs really pop against the sand).

If there's one minor anomaly, it comes in the form of Benedict Cumberbatch's complexion during any shots where he is supposed to be in the military offices, with a weird CG tan affecting his complexion and making him look like he was artificially placed in the shot - it's not the first time this has been noticed in a production, and it's not enough to pull you out of the feature, but it still looks damn odd.

It's an unmissable 10/10 story nonetheless, even if the film - impressive as it may be - can't always live up to its tragic source material

The Mauritanian - not wholly unlike the excellent Spotlight or, perhaps more on point, Amazon's other exclusive on 9/11 'enhanced interrogation', The Report - doesn't require anything in the way of overt exaggeration or melodrama to tell a haunting, and extremely human, story of injustice. It's exceptionally crafted, and impressively acted, particularly from lead Tahar Rahim (A Prophet), also affording veteran actress Jodie Foster a formidable role to get her teeth into. Less significant is the utterly pointless promotional casting of Big Little Lies stalwart Shalene Woodley, whose briefly outraged character seems genuine only in the sense that Woodley feels she should have had a bigger role, whilst Benedict Cumberbatch commendably wrestles with a rather chewy American accent and just about comes out on top.

Really though, it's Rahim's - and real-life detainee Slahi's - film through and through, and this carries the piece with a sense of earnest, authentic commitment. Almost dipping into a schizophrenic horror movie with its depiction of some of the torturous atrocities endured, director Macdonald lends the two hour voyage through all seven levels of hell a fabulously stylish bent, without ever resorting to distracting gimmicks, instead emphasising the claustrophobic incarceration with shifting aspect ratios, and lensing memories of the past with a period flair, whilst allowing the narrative to play out at a modest, unhurried tempo.

It's not a flawless work, with wasted supporting cast players more of a distraction, and a true life narrative which is still represented in snapshot here - however adeptly - a fact of which is hammered home in the gut-punch of a coda. It's an unmissable 10/10 story nonetheless, even if the film - impressive as it may be - can't always live up to its tragic source material, percolating to a courtroom conflict that, perhaps appropriately, never comes to staged fruition, but nonetheless leaves you feeling winded with but a bittersweet silver lining to clutch onto. Indeed, at the end of the day, the most horrifying aspect of it all is the fact that it is based on a true story.

The Mauritanian is available on Amazon Prime from 1st April 2021, in 4K HDR.
﻿