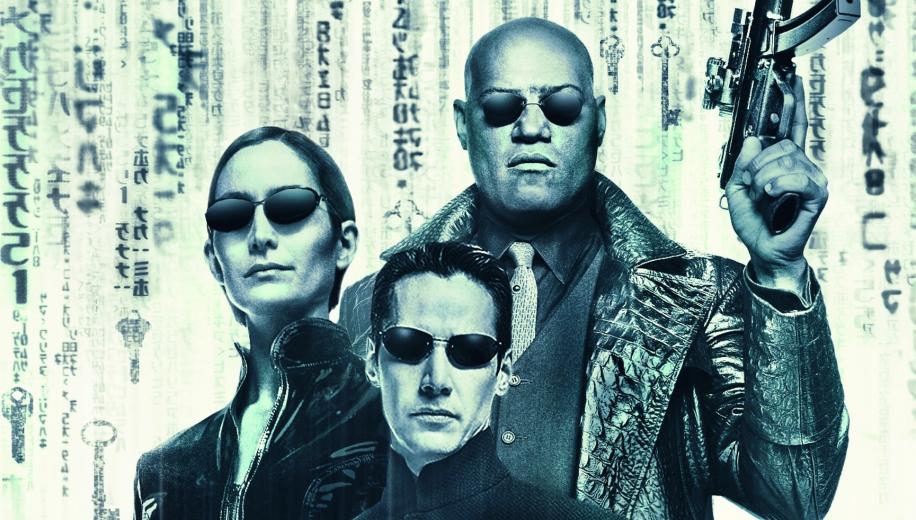 When the Wachowskis' Matrix opus imploded under the weight of their pretentious ramblings, Revolutions suffered the worst fate.

Although always designed as a trilogy, the siblings were called upon to pre-emptively include some of the biggest beats from their penned sequel scripts in their original first hit, The Matrix, lest it was not strong enough a standalone tale to spawn a trilogy. As a result of this, they were left somewhat freewheeling across the middle chapter, building to a resoundingly pretentious reveal and cliffhanger climax that, in turn, expected the final chapter to do the heavy lifting to tying up a multitude of loose ends.

There's really only so much making-it-up-as-you-go-along that any one franchise can take, and the Wachowskis worked their imaginative magic through four and a half hours of mind-blowing visual magnificence, which is more than most. But it had to end somewhere, and Revolutions brings the whole party crashing down.


Surely not what anyone envisaged when they imagined how this epic saga would conclude.

Sure, it was an impossible, thankless task, but that's doesn't make it any less forgivable, unfortunately. Sure, Neo was never supposed to turn godlike so soon in the movies, leaving the siblings with nowhere to go in terms of their original, planned revelations. But the twisty-turny journey to the 'truth' as expounded by the nonsense-spouting Architect was a death knell to this series; a bell which couldn't be un-rung.

There are some fabulous ideas that came about from this film series, but the best were left in our imagination following the first film - the only true classic in the trilogy - with the sequels simply not capable of making good on the promises made at the start. What fans were instead left with was a conclusion of sorts, which is satisfying in a de facto kind of way, as well as another string of great action sequences. The assault on Zion is still spectacular and the final brawl with Agent Smith is suitably epic (and much less CG-driven than the playground fight in Reloaded). But The Oracle and The Architect sitting on a bench shooting the breeze? That's surely not what anyone envisaged when they imagined how this epic saga would conclude.

After the first film's spectacular 4K release, and the Reloaded's matching 4K bow, it would be safe for fans to assume that Warner got it right third time out too, and thankfully they did, with Revolutions following suit for this 4K Ultra HD Blu-ray release, affording the film the same look as the first two, reconditioning the previously rampant 'Matrix green' that dominated the trilogy's earlier home video releases, and affording each and every instalment a much more natural look teeming with stunning Dolby Vision-enhanced highlights.

As with the second film, Revolutions was shot on 35mm film, with effects finished at 2K. The original camera negative has been scanned at 4K and remastered here to stunning effect, rendering the sequel with a wonderfully filmic texture that earns it a whole new lease of life.

Although few would have likely complained all that much at the time, the original Matrix Trilogy Blu-ray set left a lot to be desired, rendering not only a green wash to all three movies but also some now more apparent softness and a digitally processed look that can only really be reflected on with 20:20 hindsight. It leaves this new 4K remaster looking utterly spectacular, pulling a staggering amount of detail from the print, rendering faces and backgrounds with fine observations, and delivering the clean image with just enough stable, natural grain to give the feature a suitably organic, textured and filmic look.

And that's even before we get to WCG, HDR and Dolby Vision, with the trifecta working wonders on the shadow detail, drawing hitherto unseen textures and nuances from the depths, and delivering them set against a broader range of peak whites and deep, bottomless blacks.

The aforementioned colour scheme has simply never looked this good - even those with 15 year memories of seeing this at the cinema would likely only be remembering it through rose-tinted vision if they were to attest that it ever looked as good as this, with the green wash almost completely gone and, instead, highlights implemented to great effect on all the most striking colours. Of course, the Matrix battles still trade in green tones, and, of course (as with the first two films), things like lights best highlight these, but there's a much broader range of oftentimes vibrant colours on offer, from burning flames, to the subtly different shades of red to the outfits of the Merovingian and Persephone in Club Hel. Unlike the film itself, the presentation is every bit as good as fans could have hoped for.

The Matrix Trilogy was always demo material on the aural front, celebrated on home formats for the engaging action sequences that it provided, and The Matrix Revolutions was certainly no exception. This new 4K release, as with the release of the first two flms, earns itself a 3D immersive high definition audio track in the form of Dolby Atmos. The excellent audio is founded upon an already fantastic Dolby TrueHD 7.1 core, which is easily reference material.


Another demo track from the trilogy set.

Possibly the go-to highlight has to be the Zion assault, which spins machines all around your living room, swirling around, drilling through your walls, and tearing their way through to you, all the while with thunderous heavily armed exoskeletons hurling hot lead at them. Despite being a bombastic, overwhelming setpiece, there's a striking degree of nuance to the sound design, with the soundscape littered with discrete atmospheric elements. The whole film enjoys this acute design, from the echoing railway stations to the oppressive downpour of rain during the climactic fight.

Despite the maelstrom, dialogue remains firmly prioritised front and centre, whilst the score - boasting some more sombre tones than last time out - drives the extended conclusion across the finish line. It's a great workout for your soundsystem, and another demo track from the trilogy set.

As with Reloaded, two Commentaries make it to the 4K disc itself, whilst all the old Featurette-driven extras are on the second Blu-ray disc.

Unlike the film itself, the presentation is every bit as good as fans could have hoped for.

Although it's slightly frustrating that there was a delay between the release of the first film in 4K and this trilogy - a rather swift double-dip to pull off and expect not to aggravate fans - there's no denying the set represents some excellent demo material both on the remastered, Dolby Vision-enhanced, full-fat 4K video and Dolby Atmos-enhanced immersive audio front, with the 9-disc set delivering everything you could want and more for this flawed but still ground-breaking trilogy.