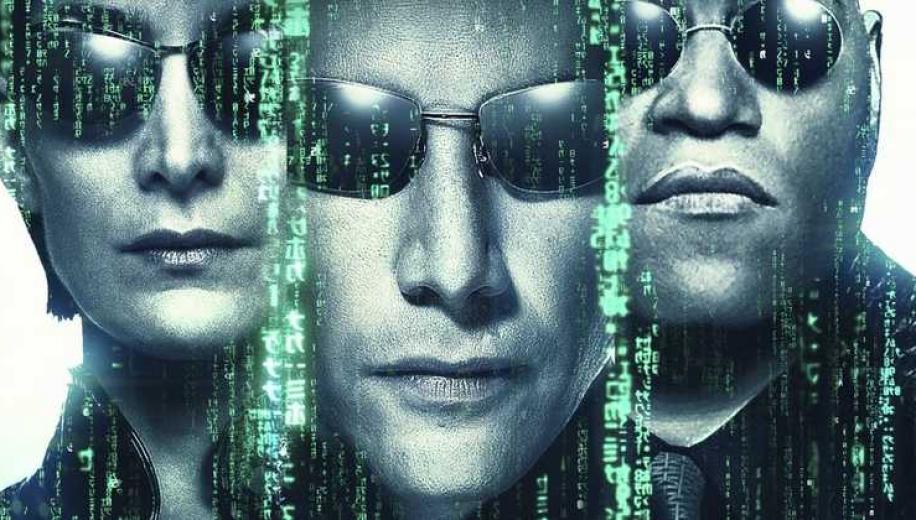 Before the Wachowskis unravelled the whole thing with Revolutions, the first sequel to The Matrix had a blast expanding on the universe.

1999's The Matrix was a cinematic milestone. It was also somewhat unexpected, with the Studios so doubting the original screenplay by the Wachowskis (the first story in a planned trilogy) that they insisted the siblings incorporate elements from the intended sequels into the film to make it less open-ended, just in case it never developed into a franchise.

The result of this was that, when the first film blew up into a Box Office phenomenon, its fast-tracked sequels were immediately at a disadvantage - the intended story having already been somewhat pre-empted by plotlines introduced in the first film (not least of which was Neo becoming 'The One', which wasn't intended to happen until the sequels). Of course, the average cinemagoer didn't know any of this back in 2003, when the first sequel landed and was positively received. Indeed, it wasn't until the second sequel attempted to close out the forced and reworked trilogy that things started to actually unravel.


If it weren't for the sequel, Reloaded would have been better remembered as something special.

In 2003, Reloaded took us back to the amazing universe that had been created, and blew our minds with the new and inventive action that the filmmaking duo were inspired to come up with, developing a story which furthered its central theme of Keanu Reeves' Neo on his Jesus journey, whilst his nemesis, Hugo Weaving's Agent Smith, goes increasingly insane to catch him, and friends and foes fall by the wayside in the pursuit of an answer that will save the world - or what's left of it - from the dreaded machines.

Looking back, Reloaded still sports some of the best action sequences in the trilogy. Sure, it was ultimately an exercise in pure style over substance, getting unpleasantly excessive with the multi-Smith, CG-tastic, playground fight scene, but it also delivered the spectacular extended car-and-bike chase, with Fishburne's Morpheus slicing a car open with a samurai sword and Trinity riding the wrong way down the freeway (thanks to effects, it felt like the camera was literally going through the traffic). That's worth the admission alone, with a plethora of other expertly-choreographed extended fight scenes keeping you on your toes for the indulgent duration.

The story was effective enough perhaps, but for the ponderous, pretentious conclusion and retroactive knowledge of what comes next. Indeed, if it weren't for the sequel, and if it were instead gifted a proper concluding chapter which built upon everything promised by the first film and doubled-down on in this first sequel, Reloaded would have likely been better remembered as something truly special.

The first film already redefined reality earlier this year, courtesy of Warner's stunning native Matrix 4K Ultra HD Blu-ray release. It was an interesting change in style though - the film having enjoyed a more natural DVD presentation reflective of its theatrical look, before being put through the green filter for its 2004 re-release and later 2008 Blu-ray release in order to better fit in with the sequels, and finally returning to its theatrical presentation for its 4K bow, only with the added benefit of green Dolby Vision-enhanced HDR highlights.

What's more interesting, though, is the question over where this left the sequels when it came to their eventual 4K release; a question which can now be finally answered. Unsurprisingly, in order to fit in better with the new, more natural look of the first film, the 'Matrix green' sequels have had the green tones so prevalent on their previous home format releases similarly dialled right back down to more organic highlights, giving them a whole new lease of life in 4K.


The sequels have had the green tones similarly dialled right back down, giving them a new lease of life in 4K.

Detail is considerably improved over the earlier, softer, Blu-ray release, promoting some impressive fine object nuances, facial textures and background details hitherto unseen (at least since its IMAX-flavoured cinema release). The native 4K remaster, notwithstanding the 2K effects, leaves the Blu-ray in the dust, with superior re-tuning to bring home audiences a great image that is also organically textured, replete with a natural layer of fine grain pervading the piece. More easily appreciable than the distinction between model Blu-ray releases and their 4K counterparts, the uptick in detail is notable here.

It's the colour scheme, however, which will likely really stand out for most fans of the film who have endured years of green-filter Matrix, with the theatrical presentation likely a thing remembered only in the distant past. As with the first film, this pervasive filter has been completely removed, and instead reapplied in highlight fashion - tinting the Matrix sequences (as you would only expect - the highway sequence wouldn't look right without it) - but also allowing other scenes to be defined by their specific settings rather than just a blanket green wash. Rich mahogany browns, dirty real world murk, and the glow of Zion look great, whilst vibrant highlights stand out within each setting, giving life to everything from Morpheus' outfit to the eye-searing explosions which bloom in all their HDR, WCG and Dolby Vision-enhanced glory. The presentation is every bit as good as fans could have hoped for.

As with the first film, The Matrix Reloaded was demo material on the aural front too, celebrated on home formats for the engaging action sequences that it provided. This new 4K release, as with the release of the first film, earns itself a 3D immersive high definition audio track in the form of Dolby Atmos. The excellent audio is founded upon an already fantastic Dolby TrueHD 7.1 core which is easily reference material.


Demo excellence through and through.

Dialogue remains well-reproduced here, which may not necessarily be great news once you get to the painfully pretentious meeting with The Architect, afforded clarity across the frontal array for the duration. It's the effects and score that make the track, however.

Effects render the frequent and protracted action sequences some significant breadth across the array, pitching you headlong into oncoming traffic, seeing your living room brought to life by thunderous gunshots, clashing weaponry and concertina truck crashes which fireball into oblivion. Neo has his very own trademark effects, warping the ground as he thrusts himself into flight, whilst his more extensive fight sequences require the same super-fast bullet-time motion.

LFE weight is apparent, underpinning the whole track pleasantly, whilst the score insists upon an unstoppable momentum to the overlong feature, which often plays out as one big action sequence, and has a interminably crescendoing score to suit. Demo excellence through and through.

The two Commentaries make it to the 4K disc itself, whilst all the old Featurette-driven extras are on the second Blu-ray disc.

Following May's spectacular 4K release of the first Matrix film, looking and sounding reference through and through, the 4K releases of the sequels were inevitable, with the UK afforded a trilogy box set that delivers Reloaded and Revolutions in the same glorious shape as the first film, with a remastered native 4K presentation, enhanced by Dolby Vision, and reassessed in terms of colour timing to deliver something that - as with the first film - is a far cry from the blanket 'Matrix green' wash that most fans will be familiar with from the franchise's earlier Blu-ray releases. With Dolby Atmos audio and most of the previously included extras, it's a great package.