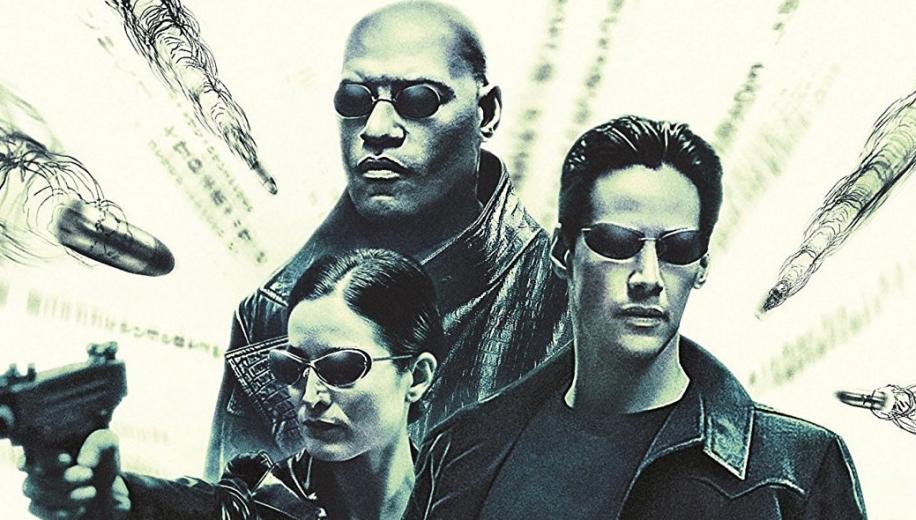 One of the greatest sci-fi action flicks of all time, The Matrix was a genre-redefining landmark event in film history.

Whilst it may have been borne from a number of sources, from the classic Japanese anime Akira to the underrated Alex Proyas sci-fi flick Dark City, the end result was - at least back in 1999 - absolutely groundbreaking. It was an event movie the likes of which had not been seen for years, if not decades, not drawing audiences into a whole different reality not wholly unlike the landmark event that was Star Wars back in 1977.

The film, if you don't know anything about it, is better left a mystery, kick-starting as some kind of neo-noir thriller - with kung fu - before going full sci-fi actioner. It takes you on an utterly enthralling, completely unpredictable ride into a whole different world (or two), bending and breaking the rules and conventions of action films thus far, with a rich story, memorable script, iconic performances and genre-defining action, all of which would go down in history.


The very definition of "must-see".

Beyond the richly layered narrative, The Matrix is arguably best remembered as a series of stunningly realised setpieces which utilised new technology to deliver such effects as 'bullet-time', with action not only slowed down, but also revolved around. Whether the first time you saw space battles in Star Wars, or CG in Terminator 2, or even a John Woo action film, The Matrix was a turning-point in terms of action after which things would never be the same

Its opening sequence was stunning, with Carrie-Ann Moss's black PVC-clad Trinity taking out dozens of cops in a rooftop-leaping escape which introduces not only the skills of the key players, as well as the bullet-time style, but also the seemingly unstoppable 'Agents', who can inexplicably morph into any other individual within the Matrix. Hugo Weaving was perfectly cast as the main antagonist, Agent Smith, whose fights with both Lawrence Fishburne's Morpheus and also Neo himself are spectacular.

Indeed the fight scenes were also groundbreaking due to the fact that this was one of the first films released that showed non-martial arts experts convincingly turned into on-screen fighting machines, shifting the dynamic over what was from then on to be expected from stars in action films, and at once sounding the final death knell of both the conventional Hollywood action men (i.e. the likes of Schwarzenegger, Stallone, and even Snipes and Van Damme) and arguably also of the behind the scenes stunt-men, who soon graduated into stunt co-ordinators and, for much of the team behind The Matrix, even directors (see John Wick 1 and 2, Atomic Blonde and Deadpool 2).

The Matrix is an experience unlike any other, with the subsequent decade after its release even generating the fond fan reflection - "where were you when you first watched The Matrix?". Afterwards, it changed everything, with the near 20 years since passing giving rise to two ultimately disappointing sequels and talks of even a reboot, unsurprising considering that generations have been born who potentially would have no idea what The Matrix even was. Which is a shame because of what it is: the very definition of "must-see".

This is another highly welcome full-fat native 4K release to add to the great releases we've had this year (Die Hard 4K, Gladiator 4K, Jurassic Park 4K and, in terms of recent productions, Blade Runner 2049 4K or even The Greatest Showman 4K)

Now The Matrix has been an odd fish in terms of releases on home formats, with a reasonably natural tone to its original almost flagship DVD release back in 1999 (it was one of the first titles that many DVD adopters bought), but - years later - a very different look to its 2004 re-release on DVD. Everything in 'The Matrix' suddenly became really green. This green-tinged 'style' carried on to its Blu-ray release in 2008, where things were dialled back a little, but some sequences were still almost monochromatic in their green bent.

It's a stylised look which, for many, doesn't really capture the original vision of The Matrix that was in theatres back in 1999, so it's a massive relief that this new native 4K remaster - culled from the Super 35 negatives with 2K VFX shots and supervised by the original director of photography - has been completely regraded to give an all-new look which suits not only the modern sensibilities of HDR10 and Dolby Vision, but also the original theatrical vision of the piece.


Arguably the best that this classic has ever looked.

Whilst the green wash hasn't been completely removed, it's been expertly fine-tuned, not only to key sequences, but actual key elements within the scenes (the police torches, Trinity's eyes), allowing a stylised look, but not a completely green-filtered look. This does take some getting used to, as this kind of element-specific implementation of green was simply not present on the original theatrical print - it's only thanks to modern tech 20 years on that it can be regraded with this kind of specificity - but once you get past the new look, you can appreciate the film as not only looking better than it has in the last two decades since cinema release, but arguably better than it has ever looked, accepting that this new style was the kind of approach that the Wachowskis would have elected to implement had they been able to back in 1999.

Indeed, this new 4K vision is certainly better in terms of detail, refining fine object detail and bringing resounding clarity to every pore on Morpheus's face or the light shadow on Neo's chin, lapping up the Wachowskis' impressive visual style replete with reflections and visual gimmickry that suddenly looks razor-sharp. The environments are also superbly nuanced, from the too-perfect look of the matrix itself, at least initially, to the destructible sets that make for the best set-pieces - the wet-wall bathroom and the subway station.

HDR and WCG brings fiery explosions to life with staggering intensity - the defining lobby shootout is going to be a go-to demo scene for quite some time (and, spoiler alert, it's not just the video that's demo either) - but also affords fabulous nuance to the shots, whether on specific screens on the Nebuchadnezzar or the red and blue pills. Black levels are not as rich and deep as you’d like, but are better than ever before, and a suitably natural layer of re-applied grain (which will displease some) leaves the entire feature still richly filmic in texture. It's hard to really fault this 4K video presentation of a 20 year old sci-fi action flick; it's arguably the best that this classic has ever looked.

For years The Matrix was demo material on multiple formats (see the above noted lobby scene) and whilst there was definitely some dubious green-tweaking to the video on the later DVD and Blu-ray releases, the audio was still generally well-received (of course 20:20 hindsight has changed expectations as the BD never carried that much LFE weight).

Earning itself a 3D immersive high definition audio track in the form of Dolby Atmos, the audio is founded upon an already fantastic Dolby TrueHD 7.1 core which is easy reference material, bringing the action classic title back up to top tier demo territory.


Easily the best the film has ever sounded.

Engaging you right from the outset, the memorable score really draws you into the moody, evocative environment, as the shady noir-vibed first act gut-punches you with a salvo of bone-breaking action flourishes - not least the truck crashing into the phone booth.

All of the most impressive visual cues are given aural weight, even the smaller ones (hanging off the building and dropping the phone into the vertigo-inducing abyss), whilst the main action setpieces ignite your array with a barrage of thunderous gunshots and punishing body blows carrying some serious LFE weight. The bathroom fight is still the most painful in terms of close quarters combat, but it's the lobby scene, of course, that defines the track.

This is a fantastic audio presentation, bringing The Matrix back up to being a prime title for demo playback. It's easily the best the film has ever sounded.

The Matrix comes to 4K Ultra HD Blu-ray complete with a pretty weighty extras package and whilst, on the face of it, few have been ported over onto the 4K disc itself, that's because the majority reside on a further second Blu-ray disc dedicated to supplemental features.

The 4K disc itself actually houses almost all of the same extra features as the newly remastered Blu-ray disc of the main film, apart from the In Movie Experience track available only on the BD, with the 4K disc providing the most Audio Commentaries - no less than four: a Cast and Crew Commentary; a Composer Commentary; a Critics' Commentary and, believe it or not, a Philosopher's Commentary.

The dedicated extras disc houses the tremendous 2 hour Matrix Revisited Documentary, the 45 minute Behind the Matrix Documentary (split into subsections), and all of the Follow the White Rabbit features, totalling some 22 minutes, which looks behind some key scenes. There's also the brief Take the Red Pill look behind the groundbreaking effects in the movie, and there are also further sections dedicated to the Music and also the Trailers and TV spots. The Matrix doesn't need to be sold to those who have already seen it, but for those who are unaware of the experience, it simply can't be emphasised enough that this is game-changing cinema. This is one of the greatest movies of all time.


The 4K Blu-ray finally does it justice.

The 4K Ultra HD Blu-ray release of The Matrix finally does the sci-fi action classic justice, returning it - visually - to not only the closest it has ever been to its original theatrical style, but also the best it has ever looked, and delivering the kind of weighted audio track it truly deserves, along with a hefty extras package that spills onto a second dedicated Blu-ray disc. Yes, it's the definition of must-have.