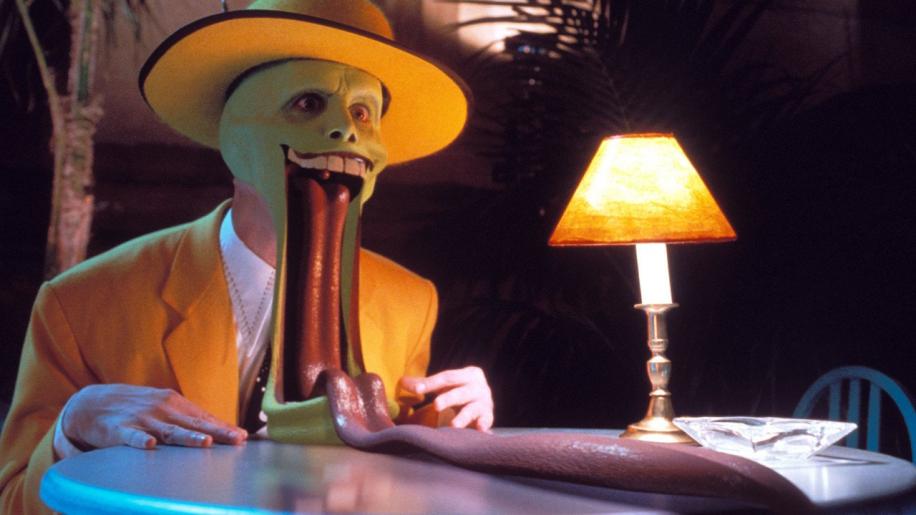 All reservations I may have about the movie can be removed here - this transfer is absolutely wonderful to look at, with caveats. The print used has some dust specs on the print, which blemishes the transfer. However, the colours are bright and vivid, for example the neon lights for Club Coco Bongo which are particularly luminous, and the black levels are spot on too. There's no obvious haloing to the print either, nor is there any grain or artefacts present, which is always a benefit but then, in fairness, the disk that contains the movie has no extras on it outside of the commentary tracks, so it should be excellent. Detail levels are good, but certainly not the best I've seen mostly due to it being 11 years old now, however, this is certainly considerably better than the original release. With a DTS-ES and Dolby Digital EX mix, this sounds much better than the previous outing, but it still isn't the best soundtrack I've ever heard. Having said that, it still has its moments, such as the bouncing clock or the club where we hear Ms. Diaz sing. However I did find that the LFE wasn't particularly used, which to be fair, wasn't a surprise completely as the movie doesn't really need it, although in scenes I would have expected it (bank robbery) it's not heard but the heart-beating-out-of-his-chest scene it thumped really loud. Rear speakers are used effectively, such as the tommy-gun scene or when the Mask character whirlwinds around, giving a nice ambience and immersive feel to it, so while it isn't spectacular, it's decent enough. On Disk 1, the sole extras are 2 commentary tracks, which sadly offer nothing original to any other commentary you've heard. Disk 2, contains all the extras, starting off with the Deleted Scenes, of which there are 2. The first is the original beginning featuring the Vikings disposing of the titular mask, the second is the death of Peggy, which are the same deleted scenes from the original release of the movie. Both scenes can be viewed with commentary, if required. We then have 4 documentaries, which on the menu are in Japanese, but thankfully they are names in the actual featurettes! The first is “Return To Edge City” and runs for 27:12, which is a making of, primarily revolving around the evolution of the movie, which originally was envisioned as a horror comedy ala Elm Street 3 but then just became a comedy. It's certainly one of the better making of's that I've seen, with everyone appearing to be honest about the whole process. The second featurette is Introducing Cameron Diaz (13:15), which focuses on the hiring of the unknown-at-the-time model and the struggles they had for approval, as well as actually getting her to be interested in starring in the movie. Again, this seems to be open and honest as they discuss how they didn't think they'd find someone to fill the role, nor did they think Bob Shaye would approve of hiring this unknown. Third on the list is “Cartoon Logic” (13:40), which focuses mostly on Tex Avery and of course, all the knowing nods to his style throughout the movie, as well as relating to how this style is represented within the CGI work is implemented. It's more a homage of sorts to Avery, but it's interesting enough. Finally, the final featurette, “What Makes Fido Run” (10:49), which focuses on Milo and the training of the animals, which is actually very interesting to see not just Milo, but other dogs from other movies and shows performing. The final extra is the Trailer for the movie, which runs for 1.52. Well, as I have said already, I think it's a fun, but vastly overrated movie which reminds me of the song Razzle Dazzle, as it blinds you with spectacle when the substance is particularly weak in comparison. Still, that's not stopped other movies being successful or popular, but at least this is reasonably entertaining, albeit nothing more than that.