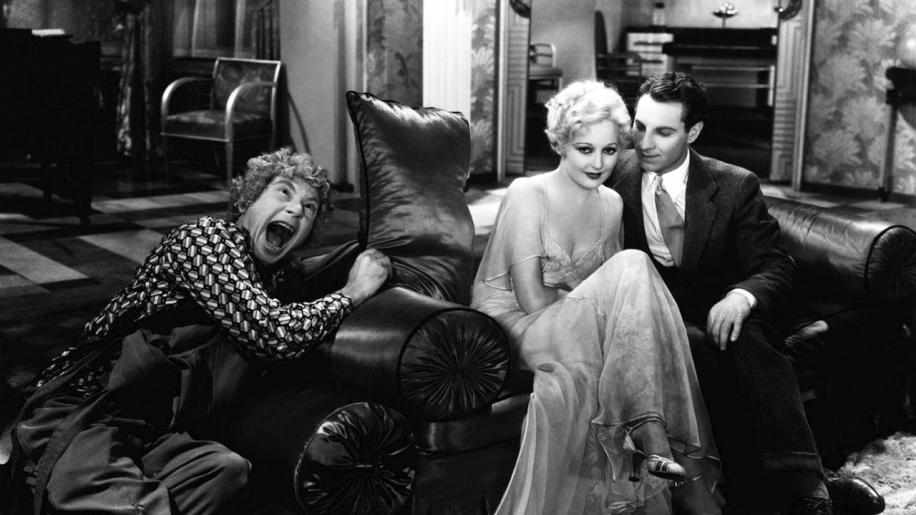 Love Happy is a full screen 1.33:1 transfer, black and white and shows its age. It is a rather dull picture, detail varies quite wildly from occasionally soft to reasonable edge, not helped by the soft focus style of filming. Brightness and contrast are also 'soft' in that there are no discernable deep blacks, shadow detail is always a little grey and the whites too are never pure, more a rather odd lilac colour, in fact the picture is all very dark, especially towards the end when the whites become even darker. Digitally there were no compression problems but I did spot some occasional edge enhancement, and perhaps some contrast boosting. Being over fifty years old there is plenty of print damage to go around, scratches, specks etc. but it never becomes bothersome. Grain too is fairly prevalent. In all a pretty poor picture, and only just acceptable in age terms.

A Girl in Every Port is a full screen 1.33:1 transfer and in many ways is similar to the previous picture save that it was, overall, a far brighter print. Detail was quite sharp only softening in places with brightness and contrast levels giving decent tonal range through out the grey scale. Blacks were never totally black and whites were never totally white there being a constant grey in all, I was pleased with the picture in terms of age. Talking of age, it too suffers with original print problems, scratches, dust spots etc. but nothing out of the ordinary or too distracting, grain was kept to a minimum for the most part but did become heavier in non studio shot material. Digitally there were no compression problems with only a smattering of edge enhancement visible. In all slightly better then Love Happy, but still poor compared to modern variants; again acceptable for its age. Love Happy has a single English Dolby Digital 2.0 mono sound track, it is audible and clear, lacking in bass and suffers from back ground hiss. However it gests its message across and nothing is inaudible, functional if basic.

A Girl in Every Port has a single English Dolby Digital 2.0 mono sound track, and exactly the same can be said for it as has already been stated above except this one's hiss was more pronounced and it also had some pops and crackle too. Managed to deliver is information without too many distractions though. There are no extras on either of these discs. So there you have it, a review of the eight disc Marx Brothers Box Set in two films or less, sadly I am unable to recommend this title, and cannot justify an upgrade from sets already available.