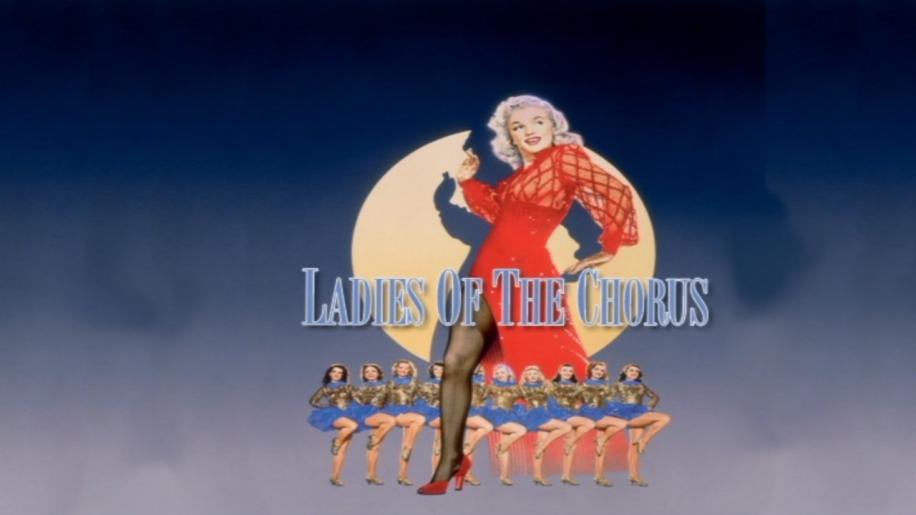 Some Like It Hot begins in a grainy soup that doesn't raise the hopes too high. But, after the opening car chase, the image settles down to become very agreeable, indeed. The image is 1.66:1 and I would say that roughly 90 percent of it looks just fine. Boasting a great level of contrast, only one or two little judders and a terrific sense of depth and detail, Wilder's classic has aged very well. Restored to an almost gleaming beauty, the disc is only let down by very occasional lapses when print damage, in the form of little nicks and scratches, shows up. Very good.

The Misfits comes in at a nice, stable 1.78:1 and the image, for the most part, is pretty clear. Whilst there are no discernable problems with the digital transfer, the original print still shows some wear and tear. There is some haloing and a couple of slight fades amid the usual grain and speckles, but this is still a reasonably pleasing picture.

Ladies Of The Chorus is a full screen presentation at 1.33:1 and the image is probably the worst of the bunch - but still very nicely spruced, all things considered. The picture is steady and offers a good level of contrast and detail - particularly of all those fancy costumes. All three movies have a nice, robust and clear Dolby Digital mono track that sounds just fine. There is minimal hiss on Ladies Of The Chorus and perhaps a slight dislocation of voices - particularly the singing voices - but this may be down to the original dubbing of the movie. Some Like It Hot sounds sublime, and lively with banter. A good audio transfer. The Misfits can occasionally sound slightly muffled, but this is down to the source print. All the movies have been restored and I don't think anybody out there would find much to complain about. Some Like It Hot and The Misfits both have their original theatrical trailers, whilst Ladies Of The Chorus has nothing extra, at all. Of course, this is only part of the boxset. The full package has another film, Hometown Story, and two special features - Marilyn Monroe At The Movies and Portrait Of A Legend. Obviously I can't comment on the quality of these. Well, it's pretty hard to give a full, objective verdict on an incomplete boxset - but, from what I've seen of it, it has been quite enjoyable. The prints of these three movies are fine and two of them are considered out and out classics of their time and genre. It is a shame that I cannot make any comment on the documentaries that are in the full set, though, from the looks of things, they would round out a nice enough package for any fan of Marilyn Monroe. I know that the individual release of Some Like It Hot has some interesting extras on it - and apparently even contains a DD 5.1 soundtrack, too. But, almost certainly, this would look glorious on the shelf. At your mum's house. Boop-Boop, Be-Doop!