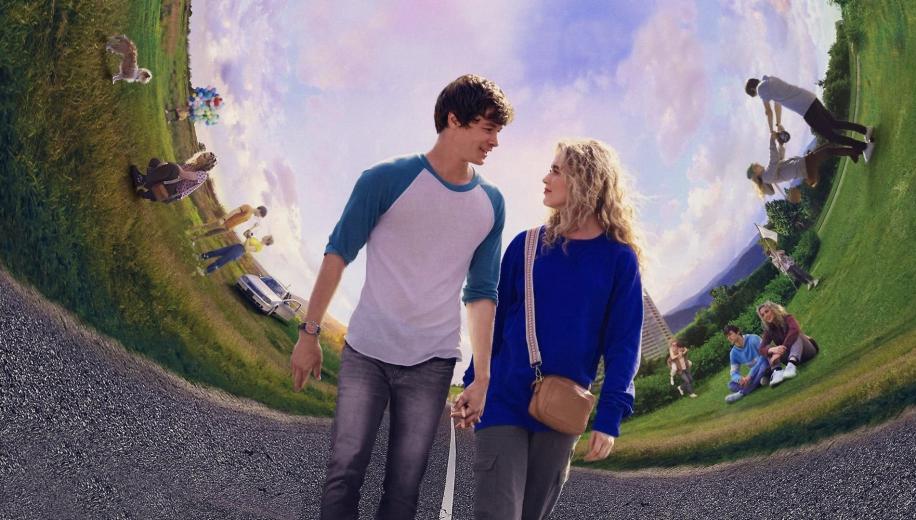 Groundhog Day, Edge of Tomorrow, Happy Death Day - they'll never get tired of recycling this formula - but this is a pretty good stab at updating the original recipe.

Playing it light and breezy, before unravelling some interesting character depth later on, The Map of Tiny Perfect Things is genuinely hard to dislike, with a couple of affable, enthusiastic leads trying to solve the riddle of being stuck in a time loop, but having a fair amount of fun along the way.

Starting us in media res, we're introduced to Mark, who has clearly been living the same day for quite some time, stuck in a monotony of predictability, entertaining himself largely through the use of innovative transportation and being able to catch things he know will fall (including people). One day he bumps into a girl called Margaret, though, who appears to be going through the exact same thing and together they attempt to share the bewildering experience of being stuck in a loop.

The Map of Tiny Perfect Things shouldn't work. Certainly not with a title like that. It's got twee teen nonsense written all over it, and a couple of relatively unknown leads just begging to have some hate levelled at them. But it wins you over pretty quickly - as do the leads - kick-starting with an ingenious one-shot opening sequence that stays just the right side of playful, with respectful nods towards the start of Back to the Future, endearing you to Kyle Allen's young Heath Ledger-lite as he skips around his small town righting tiny wrongs. Allen should annoy the hell out of you, but he really doesn't, making the most of a character who isn't drenched in cliche, and enjoying the meta moments of referencing all the other films which employed this same gambit.

It hardly strays far from the well-established Groundhog Day formula, but nonetheless manages to make the 2021, Covid-shot update feel fresh and effective

Kathryn Newton's equally stuck companion takes a little bit longer to warm too - intentionally so, because that's how the character is designed - but the Big Little Lies actress slow-burns it fairly effectively, and the two share some nice chemistry, making the inevitable romantic angle all the more tangible. The Map of Tiny Perfect Things doesn't overthink it though, enjoying its clever montages of all the perfect moments that the two can find in one day (shot with a raw approach that often belies the 4K HDR format that Amazon is offering it in), before taking an interesting turn down the route of sci-fi as it tries to unravel what got these two characters stuck in a loop. It hardly strays far from the well-established Groundhog Day formula, but nonetheless manages to make the 2021, Covid-shot update feel fresh and effective, giving it legs of its own to run with.

The Map of Tiny Perfect Things is available in 4K UHD HDR on Amazon Prime from 12th February 2021.
﻿