There might be some merit in a Big Screen warning to avoid more James Gandolfini-less Sopranos stuff. 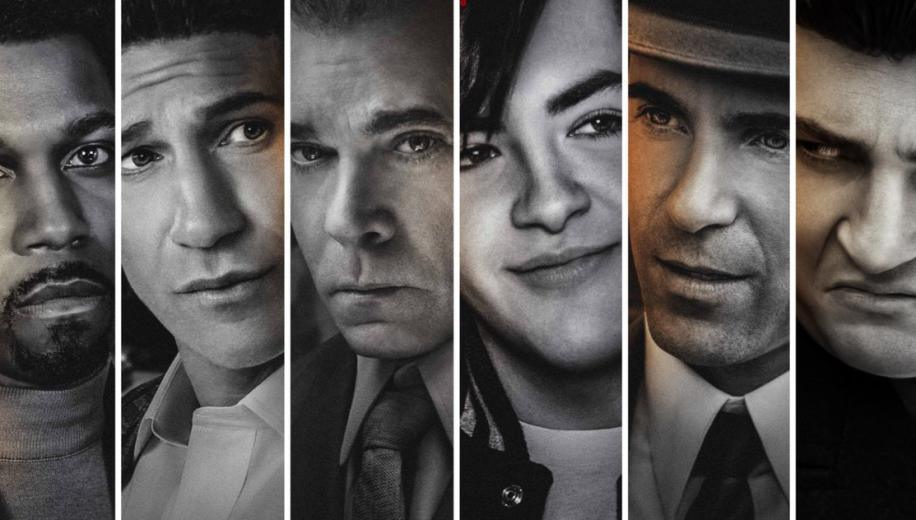 The Sopranos go backwards in time for a completely redundant but still eminently nostalgic and perfectly watchable look at "Who made Tony Soprano?", desperately trying - and failing - to avoid the obvious answer: "Who cares?!".

The Sopranos was classic modern TV viewing, absolutely tremendous, often rightly in many "Top shows of all time" lists. It wasn't just your average Goodfellas'-esque look at a bunch of working class gangsters, it had a humour and quirkiness to it that often made it much more effective as long form viewing. And it had a great cast of extremely well drawn characters (even if, sometimes, they looked like they were one makeup application away from joining Pacino in Dick Tracy), headlined by the late James Gandolfini as mob boss Tony Soprano. Following that end of The Sopranos there really was precious little reason to keep the series going, and the subsequent passing of Gandolfini only made it less respectful to think of a future for The Sopranos without him, but clearly creator David Chase figured that going backwards was just fine, and assumed that a look back at The Young Sopranos would be intriguing.

... clearly David Chase figured a look back at The Young Sopranos would be intriguing

Over thirty years before an adult Tony Soprano had his first panic attack, a young Tony is working closely under the wing of mentor Dickie Moltisanti, the father of Tony's own future protégé, Christopher Moltisanti. Overshadowed by his own exuberant 'glamourous' gangster father, Dickie's world is a remarkably messy one, involving gang wars, home wars, and family disputes, but he tries to guide Tony as best he can, whilst Tony himself struggles with a mother who clearly needs more help than anyone will give her and a powerhouse gangster father - who everybody loves - but who is in and out of prison all the time.

The Many Saints of Newark has barely left cinemas, making its home debut on premium digital and affording those who weren't going to venture out to cinemas the opportunity to now investigate its merits from the comfort of their own sofa, which is possibly where it was always intended to be seen anyway. Indeed, if the rumours are true - and it is the logical next step - Newark is headed for an entire prequel saga, and the obvious medium for that would be a TV show and not a series of movies, making this a really quite odd offering.

Comparing it to, say, El Camino, and both do have an appreciable cinematic flair, but only one really works. Newark is best regarded as a backdoor pilot episode, rough around the edges, introducing potential characters for a potential series which may potentially be good... eventually. And, you know what, that's not the end of the world. Six seasons later and people may look back fondly and see it as 'this is where it began'. It's perfectly watchable, perfectly nostalgic, an easy breezy return to The Sopranos, which closes out with the theme tune from that classic show and really sticks the landing as a result on that musical cue alone.

... a well-crafted, well-cast production which could lead places somewhere down the line

Gandolfini's kid, Michael, steps into his dad's big boots and... doesn't ruin the whole thing at all. But he's also fairly irrelevant to the story, which instead focusses on the father of Christopher Moltisanti (gifting Michael Impereoli a returning role courtesy of an unnecessary voiceover about "the kid who would be the end of me."), played by Alessandro Nivola (Face/Off). Nivola is decent in the lead, but his character is hard to place and harder to get behind, a real melange of repression, mixed morality and increasingly bad decisions. Indeed, you frequently drift away from watching his drawn-out saga and play an infinitely more fun 'spot the character you know' game with the younger versions of the main Sopranos player (John Magaro's excellent Silvio wins hands down). Ray Liotta is literally twice as good as the Ray Liotta we normally get which, at this stage in his career is refreshing to see in a relatively mainstream production, but the other big-ish names like Jon Bernthal, Vera Farmiga, Corey Stoll and Billy Magnussen, appear mostly to be here as part of larger contracts that allow for further movies / TV shows whilst gifting this opening gambit a few selling points to plaster over the poster.

Perhaps most odd is the focus on Leslie Odom Jr.'s Harold, as it seems utterly superfluous to the production and incongruous with the heritage of this franchise. Again, the only way this works is in the long form, as a show - like, say, The Godfather of Harlem - where you get to know both parties in an ongoing feud between gangsters. So, if you want to enjoy The Many Saints of Newark, you're best off regarding it as just a teaser trailer for the main feature which is yet to come (and, indeed, may never come). It's a well-crafted, well-cast production which could lead places somewhere down the line, but it has precious little point as a standalone cinematic feature.

The Many Saints of Newark is out on premium digital from October 25th 2021, courtesy of Warner Bros. Home Entertainment.