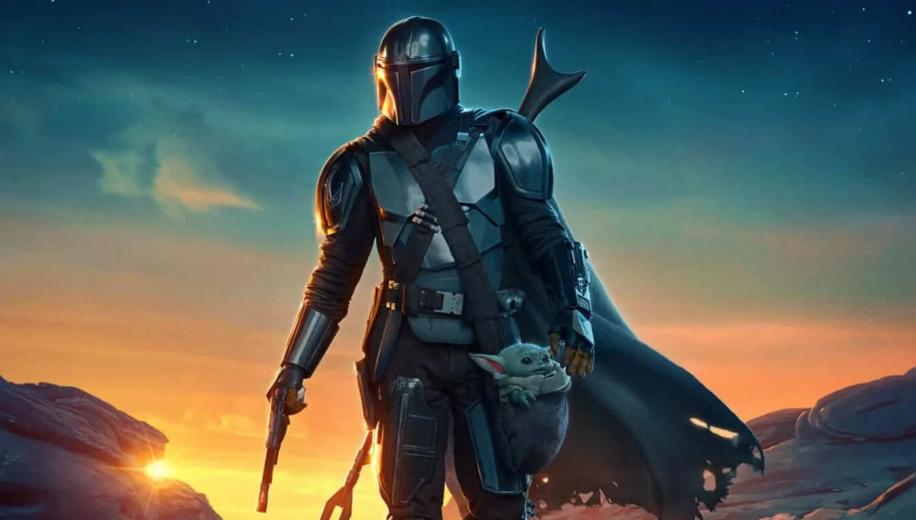 John Favreau's The Mandalorian delivers a second season that is comfortably the best Star Wars viewing in decades, if ever.

SECOND SEASON SPOILERS FOLLOW - PLEASE DO NOT READ UNTIL YOU'VE FINISHED IT!

If you're not on board with the Western-flavoured sci-fi fantasy romp, which sketches icons more than characters - like it's been inspired by old Eastwood movies - then do NOT expect anything much different from its sophomore season, whose episode numbers run on from those in the first (Season 2's premiere is Episode 9), and whose story continues directly, actually going full Western for its opening, as The Mandalorian continues his quest to reunite The Child with his kind - the Jedi, and not letting up in its tributes across a season packed with Samurai references, Western settings, and classic Star Wars setpieces brimming with so much respectful, organic fan service and so many wider universe characters that it'll leave you grinning like a kid again.

The season starts with rumours of another Mandalorian on Tattoine, seeing The Mandalorian head to the desert planet only to find an Old West town with a colourful Marshall whose backstory is the stuff of legend. But the town has big troubles, and ol' Mando is going to have to help if he wants to get any farther with his quest. But this is just the start of sowing the seed of a fabulous arc, superbly reintroducing the character of Boba Fett, who is searching for the very same armour that Mando comes across, as well as other fellow Mandalorians led by Clone Wars' Bo Katan (Katie Sackhoff).

At the same time, as rumoured, Clone Wars' best character - Ahsoka Tano, perfectly brought to live action life by Rosario Dawson - finally enters this realm for a one-off mid-season gem, The Jedi, which is pure Kurosawa samurai flick both in tone and in samurai duels. But she's not here to stay, she's got here own show to spin-off into, hunting Thrawn(!!!), which is The Way, instead suggesting that the Jedi Mando may find to train the now-named Child could be found via a mystical force-sensitive portal, a story that leads to the return of Moff Gideon, complete with his Dark Saber and a platoon of Dark Troopers, and sees Mando make unlikely allies as he faces off against them in an epic confrontation.

Gorgeously staged - as you would only expect after the first season, but arguably even more refined this year, with better effects and suitably impressive use of Dolby Vision - The Mandalorian returns with a superb opener, steering into what it does best and going full Western (as well as nodding to a 1975 classic whose very name would give away some of the surprises) with guest star Timothy Olyphant absolutely stealing the show as the Marshall. Playing just about the same character he has always played best - Justified-style - Olyphant eases into this setting unsurprisingly well, and The Mandalorian plays to his, and its, strengths, whilst imbuing its simple Old West narrative with proper fan service Star Wars lore. Gamorreans, Bantha, Jawas, Tusken Raiders, and tales of Krayt Dragons and Sarlacc Pits? If you're an OT Star Wars fan, this is just Heaven.

Pedro Pascal's Mando continues to Eastwood his way through the whole thing (this episode we kinda get double-Eastwood), the Baby continues to duck and cover cutely, with returning characters there to help remind you that Favreau has done a tremendous job at world building (the eccentric Mos Eisley mechanic played superbly by BoJack Horseman regular Amy Sedaris), colouring in the environment until you feel right at home with the familiar faces and actually feel it's not only natural but necessary for them to return. Oh, and that score is absolutely perfect for the show.

The Mandalorian plays to its, strengths, whilst imbuing its simple Old West narrative with proper fan service Star Wars lore

Of course, nobody knew where the show would lead, from its Western-themed opening, trading in hints of Jaws, to the clash with Bo Katan and the raid her and her elite troop have planned, to the glorious Kurosawa/Samurai introduction of Ahsoka Tano (not just the stunning Dawson on board for that one, but Michael "Aliens" Biehn too!!). And if you don't believe that was the high point of the season, then you've got strong arguments in the follow-up episode, which sees Mando first confronting, then allying with Boba Fett, simply perfectly reintroduced both in her stick-wielding nomad garbs and then later in full armour. Damn, what a moment. But the show wasn't done there, leading to the one-two punch of the final couple of episodes, with Mando forced to flip sides temporarily to get the information he requires, in a beautiful tribute to the William Friedkin classic Sorcerer (remake of Wages of Fear) as he has to take some volatile explosives across deadly territory, dressed as an Imp! And for those Gerry Anderson/Terrahawks fans out there, the vehicle he drives is almost certainly modelled on the fabled Overlander. The penultimate episode has some fabulous moments of Inglorious Basterds-esque dialogue, and brims with tension as well as pathos on what has gone before in the War, and of what Mando must sacrifice if he wants to get the child that he clearly now loves, back.

And then there's the finale. Now, nobody could have predicted this. Mando's trip to save The Child from a Dark Saber-wielding Moff Gideon and some Terminator-level indestructible Dark Troopers was always going to be epic, but nobody could have expected it to be this epic. It's gorgeously reminiscent of the final scene in Rogue One, when Darth Vader exquisitely decimates the Rebels in the corridor, that same feeling of finally seeing what we've always wanted to see from this universe. It's glorious. Everything anybody could have possibly hoped for and more, The Mandalorian is just outstanding, amazing, classic Star Wars. The best TV show of the year, with the best single episodes of TV of the year, and the best Star Wars anybody has seen in decades, if ever. This, most certainly, is The Way.