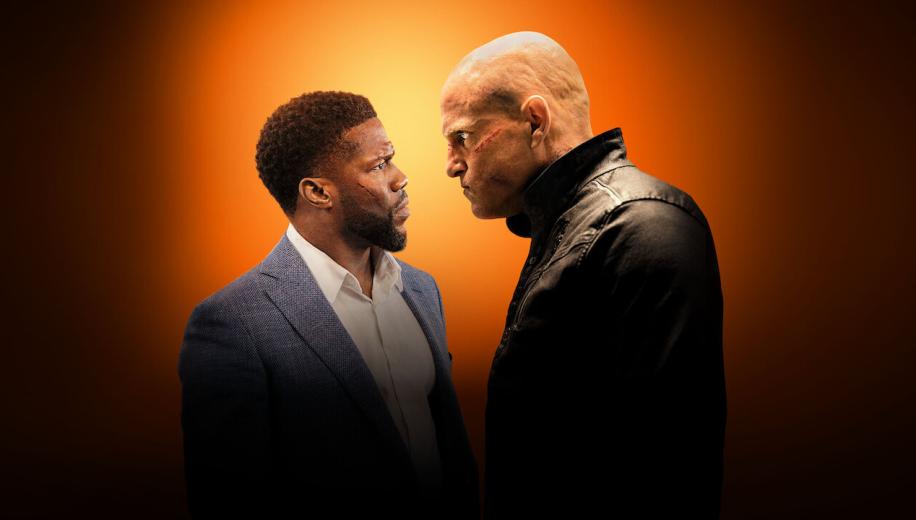 Mildly amusing and hardly offensive, Man from Toronto rides on Woody Harrelson and your appreciation of Kevin Hart's schtick, coming from the director of The Hitman's Bodyguard... and its sequel.

Patrick Hughes has carved a pretty sorry career for himself following the poorly-received Expendables 3, briefly finding some fun in a pairing of Ryan Reynolds and Samuel L. Jackson in The Hitman's Bodyguard, but then struggling to deliver a single decent laugh in the utter car crash of a sequel, The Hitman's Wife's Bodyguard, and seeing his COVID-shot The Man from Toronto inauspiciously sold to Netflix to stream after its theatrical window... only to be never released in the cinema. Yes, this is the man they've entrusted a remake of The Raid to, unfortunately. But thankfully, Toronto's a serviceable bit of formulaic nonsense, and probably, just about, a cut above Netflix's pretty low standards.

... Toronto's a serviceable bit of nonsense, and probably a cut above Netflix's pretty low standards

Teddy's not very good at following through or getting things right, but he's trying one last time to impress his wife on their anniversary, organising a lavish spa trip and overnight stay, only to turn up at the wrong lodge whilst his wife's at the spa, and find himself mistaken for a deadly hitman and torturer simply known as The Man from Toronto. Before long Teddy's wrapped up in a complex assassination plot, with everybody mistaking him for the fabled "Man", whilst the real assassin is wondering who the hell thinks he can get away with stealing his thunder.

The Man from Toronto comes to Netflix and really, that's where it belongs. It may have all the DV/Atmos accoutrements and it does have a couple of sequences which make it look like they at least attempted to throw some money at this (however unfinished some of the effects are), but ultimately it's a Netflix movie through and through. Sticking this in the cinema would have been a bit like sticking The Hitman's Wife's Bodyguard in the cinema, so perhaps that's one lesson that was learned. And on the plus side to all of that, it is better than that sequel, struggling to carry an overlong, near-two-hour 'plot' which unnecessarily involves an entire fourth act, but finding it hard to smother the natural entertainment from seeing Hart and Harrelson rocking around together. It's almost as if Hughes was trying to make watching Hart and Harrelson riff off of one another a chore, but the two actors are too charismatic for that.

The Man from Toronto comes to Netflix and really, that's where it belongs

And yes, that does mean that your mileage may vary entirely proportional to your appreciation for Kevin Hart's particular brand (not wholly unlike Ryan Reynolds' brand, which is frequently - if not always - on the precipice of being rinsed), with the bottom line really being if you like Hart, you'll probably mostly dig Toronto. The formula is derivative and familiar across a whole host of similarly themed and toned comedy adventures, from Midnight Run to its The Rock-starring remake Welcome to the Jungle, from Bad Boys to Rush Hour, from 48 Hours to Netflix' own Sandler-starring nonsense, The Do-Over, and of course those damn Hitman's Wife's Best-Friend's Wedding's Parrot's Bodyguard. At its best, Hart is reminiscent of Eddie Murphy, making a couple of desperate sequences of pretending to be a veteran torturer work pretty hilariously, and really going for that 'no-contact boxing' lunacy which works well, particularly up against Harrelson's stoic vet. Similarly a couple of the scenes are fun at an action level - the plane and, later, the one-shot-esque gym fight - with their nemesis distractingly like a young Brad Pitt (close your eyes during the golf scene and you'll think it's a de-aged Pitt).

But The Man from Toronto can't quite escape comparisons to some of Netflix's other big budget, high profile trash, which saw a waste of The Rock and Reynolds in the waste of money that was Red Notice, or Reynolds and a platoon of idiots in 6 Underground. Thankfully, up against those, it remains the least offensive, and is surprisingly funny in places, but perhaps that's because it wasn't a Netflix Original. There's still precious little reason for this to have ever been even considered for a theatrical release, although if you have a quiet evening and fancy some stupid, trashy fun - and can't be bothered to hook up the free trial of Paramount Plus and watch Beavis & Butthead Do the Universe instead - then you'll likely find this, just about, at a kind of 5.5/10 level, above average.

THE MAN FROM TORONTO is on Netflix in the UK from 24th June 2022 in 4K Dolby Vision HDR with Dolby Atmos. 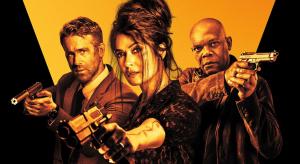 by Cas Harlow · Jun 15, 2021
The Hitman's Bodyguard had no reason to be as fun as it was, raising expectations for a sequel that unfortunately doesn't deliver.
5
Movies & TV Review 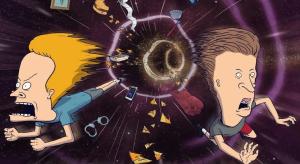 by Cas Harlow · Jun 25, 2022
If a bunch of great TV shows weren't enough to get you onto Paramount Plus, then maybe Mike Judge's Beavis & Butthead will do the job, on another time-and-space-defying quest to score.
7
Movies & TV Review 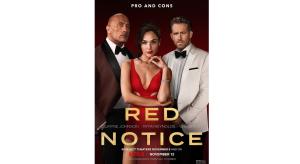 by Tom Davies · Nov 12, 2021
Continuing the streak of thievery themed Netflix output, Red Notice is a vacuous husk of a heist movie with a lot of star power, some odd daddy issues, and very little else.
4