Before the Royal Tenenbaums 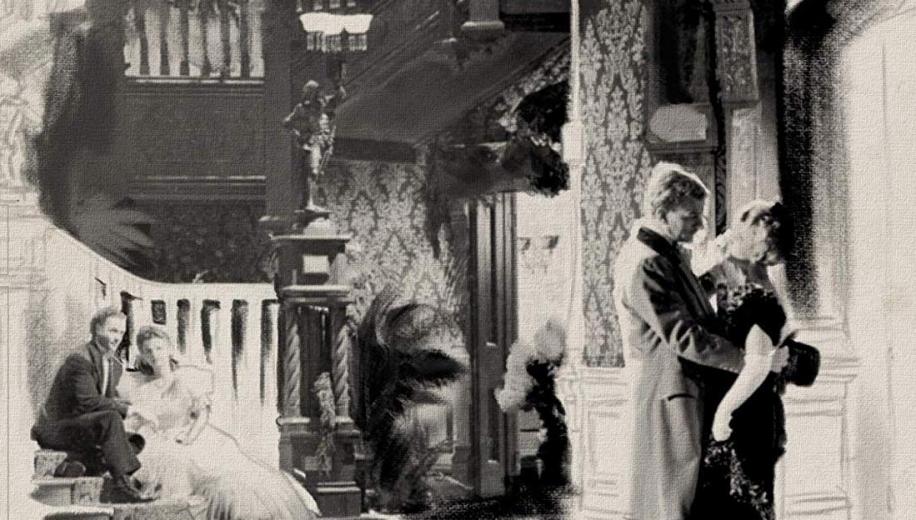 One of the greatest casualties of 'lost footage', even the butchered studio cut version of Orson Welles' 1942 period drama remains a flawed classic.

It is somewhat tragic to think that the great filmmaker Orson Welles was active in making films at just the wrong time, attempting to produce the kind of director-driven independent work that would go on to be celebrated and championed just a few years after he started to wind down his activities. Of course, the booming, auteur-driven 70s would themselves be short-lived, but Welles wrestled with Studio control for the best part of four decades, with few - if any - of his productions ever really released unmolested, though possibly one of his most untainted productions was completed and finally released over 30 years after his death (The Other Side of the Wind).

Renowned for the celebrated masterpiece that was Citizen Kane - his debut directorial effort no less - the reality was that back in 1941, despite critical acclaim, Kane was a Box Office failure, and it was only years later when it was re-released and re-appraised, that it started to return some money. In the immediate aftermath, with Welles trying to make headway on his sophomore project, The Magnificent Ambersons, he was ultimately forced to make concessions, giving away his final cut rights and left helpless while the studio excised 40 minutes of his vision and completely reshot the ending. It's a miracle that the film remains such a compelling watch despite this, but it's also impossible to say what Welles' darker version would have played out like, with the knowledge that this was not what he intended hanging over the finished product like a spectre.


It's impossible to say what Welles' version would have played out like, with the knowledge that this was not what he intended hanging over the finished product like a spectre.

The story, which would go on to be lovingly referenced in Wes Anderson's excellent The Royal Tenenbaums, concerns the decline of a very rich family in the wake of the advent of the automobile, and the seemingly endless tragedies that beset them over the course of two generations.

Shot almost entirely in and around one large mansion house setting, the film is memorable not only for a sharp script that adds melancholy to the melodrama (based on an acclaimed novel, it had overtones of Little Women meets Downton Abbey), and for its strong lead performances - Joseph Cotten and Anne Baxter are both superb as the determined father and strong-willed daughter who get embroiled with the Ambersons - but also for Welles' remarkable staging of the piece. With a couple of all-time-great, long-take crane tracking shots that follow the characters as they ascend the central staircase across several floors, it's easy to see why Welles hoped that this would be his true masterpiece, and believed it would far surpass Kane. Unfortunately, even these wouldn't completely survive the Studio culling.

Even longtime Hitchcock composer Bernard Herrmann would request his name be removed from the finished product after the Studios were done butchering it, and Welles himself often expressed that he never fully recovered from the effect it had on him. Nonetheless, The Magnificent Amberson remains an impressive feature worthy of some, not insubstantial, measure of recognition. Little of the same criticism can be levelled at the brand new 4K restoration that Criterion have produced for their UK (and almost day-and-date) US Blu-ray release of The Magnificent Ambersons, which delivers the 1942 film in easily the best shape that it has ever been in, with a 1080p/AVC-encoded High Definition video presentation framed in the movie's original 'Academy' aspect ratio of 1.37:1.


Easily the best the film has ever looked.

Over three quarters of a century on, and The Magnificent Ambersons still looks like a vintage piece, and carries with it both all the traits of Welles' original heavily stylised vision and also the side-effects of the shooting style, lighting choices and just plain technological restrictions imposed during that era. There is some fluctuation, with the indoor sequences at times struggling to handle the grandness of the shots Welles was seeking to achieve, but Criterion's newly polished up and cleaned remaster (which is pleasantly but shockingly almost devoid of distracting print damage) does its best to stabilise the image, rendering depth and intact shadowing, and providing likely hitherto unseen levels of clarity and detailing to the primary cast. Exteriors fare much better, but that's only to be expected considering the natural lighting afforded, and overall, even if far from the modern standards of demo material, this is easily the best the film has ever looked. Considering the vintage, it's an excellent audio track.

The accompanying lossless Linear PCM mono 1.0 track is a strong offering too, handling Herrmann's self-disavowed score with aplomb even at the higher end, whilst delivering dialogue clearly with little or no sign of crackling and defects (Criterion note, as always, they reduced pops and crackles). Effects are nominal and entirely atmospheric - from the (intentional) pops and bangs of the early cars, to the clops of horse hooves and heaving bustle of a packed ballroom. Diegetic in-movie music is also well-reproduced, whilst the aforementioned score gets respectful prioritisation too. Again, considering the 76 year vintage, it's an excellent audio track. Although the one thing that nobody has been able to find - the missing 40 minutes of footage, destroyed by the Studio to 'save space', but possibly still on a cut sent to Welles when he was in Brazil filming his next (unfinished) feature - still eludes even a tremendous Studio like Criterion, they pull out all the stops to provide most everything else you could possibly hope for in one hell of an extras package.

The extras are headlined by two Audio Commentaries - the vintage laserdisc Commentary recorded way back in 1985 which details the primary differences between Welles' cut and the Studio cut; and a newly-minted-for-Criterion Commentary from a couple of Welles experts who talk more broadly about the film, the production, and the impact that the Studio's actions had on basically the rest of Welles' career.


One hell of an extras package.

There are also a number of newly-recorded Video Interviews and Video Essays, detailing the original novel, the cinematography, the Studio cuts, and the Score. There's also a half-hour segment of the original silent adaptation of the novel, two hour-long radio plays by Welles (including his earlier radio version of Ambersons) some vintage Peter Bogdanovich Interviews with Welles and a half hour vintage episode of a TV show where Welles discusses the production. The disc is rounded off by a vintage Trailer and the package rounded off by one of Criterion's typically lavish booklets with further stills and essays on the production. Best remembered for his masterful directorial debut feature Citizen Kane, legendary filmmaker Orson Welles made about a dozen films over his three dozen years in the business - including Touch of Evil and The Trial, as well as Othello and Macbeth - but few were not molested in some way by the studios prior to release and even his most recently released feature, 2018's The Other Side of the Wind, whilst fully filmed by him, was only 80% edited by him before he died.

His sophomore feature, The Magnificent Ambersons, was arguably one of the most tragic examples of this Studio interference, with over 40 minutes of footage excised from his final cut, and lost forever. It's a testament to the strength of his work that it still remains such a strong feature.


The Magnificent Amberson remains an impressive feature worthy of some, not insubstantial, measure of recognition.

Criterion release two of Welles' classics - The Magnificent Ambersons and Othello - with lavish Blu-ray sets. The Magnificent Ambersons sports excellent 4K remastered video, and lossless audio, as well as an outstanding selection of extra features. Perhaps one day his original cut will miraculously resurface, but likely this is the best shape we will ever get to enjoy his film in, and thankfully, it is one hell of a package for fans to enjoy.