Your soul will never be quiet until you find this place. 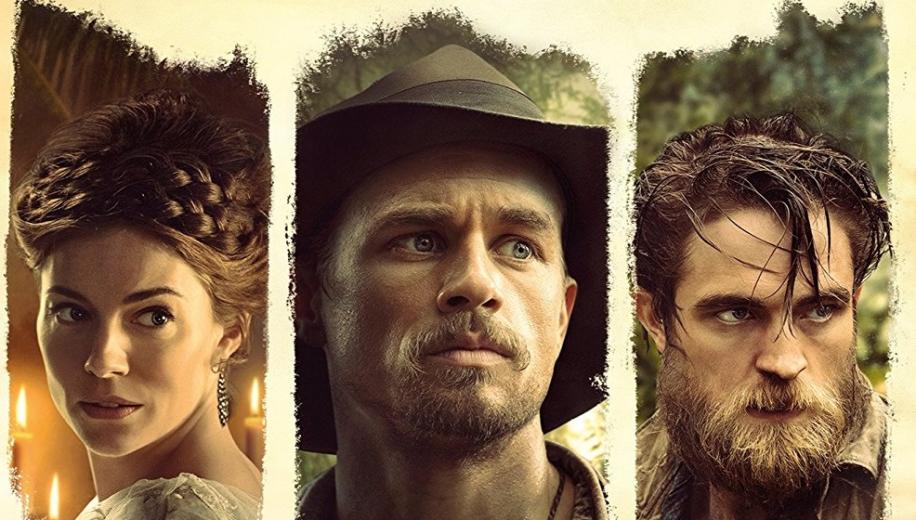 The Lost City of Z sees writer/director James Gray venture into early 20th Century Amazonia, for a rich and compassionate approach to this dark and mysterious true story.

After several tremendous New York crime dramas, the highlight being the underrated gem, We Own the Night, Gray makes good on a passion project he's been working on - with Brad Pitt, no less - for some 7 years. Originally set to star Pitt before the two agreed that the lead had to be British, and then star Brit-du-jour Cumberbatch, before he dropped out, Gray works wonders with Charlie Hunman (ably supported by a tough Robert Pattinson, a long way from Twilight, another strong turn from Sienna Miller, and our latest Spider-Man, Tom Holland), making you wonder if it's the material that's been lacking in Hunman's big screen outings like Pacific Rim and King Arthur. With a torturous shoot proving dangerous, but lending to the authentic feel, and spectacular location photography further enriching the period setting, the end result is a disarmingly understated affair which, at its height, proves reminiscent of the ominous Heart of Darkness journey up the river in Apocalypse Now.
Struggling to escape the shadow of his father's misdeeds, soldier Percy Fawcett gets an unpalatable mission to scour deep Amazonia for potential rubber plantations under the promise that it will restore his family name. Discovering that the natives are far more intelligent than the 'savages' they are regarded as, Fawcett becomes obsessed with a lost city that could prove the existence of an ancient advanced civilisation. Gray's study of the real-life explorer Fawcett is a slow-burning but surprisingly powerful piece, addressing myriad issues from class structure and peer prejudice to earth-is-flat thinking and attitudes towards slavery. Even beyond these it seeks to address the idea of exploration in a way that few non-space-based films give weight to, as well as themes of heritage, fatherhood and redemption, all tinged with the aforementioned Apocalypse Now-style oppressiveness and sheer dread that informs each successive voyage into the jungle. Marvelously mysterious.

The Lost City of Z almost received a US 4K Ultra HD Blu-ray release, but it appears to have been lost in the jungle, which is a great shame when you consider just how impressive it looks in good old HD, with Studiocanal's Region B-locked UK release boasting an excellent 1080p/AVC-encoded High Definition video presentation framed in the movie's original theatrical aspect ratio of 2.39:1 widescreen.

Rich and textured, the filmmakers adopted an unusual approach towards the cinematography, often purposefully underexposing shots to produce a heavy swathe of grain. In a digital age, this is quite a daring tactic, but it pays dividends in the end results, with the film attempting to not only embrace the jungle setting but embrace the thick and heady period atmosphere, crafting an image that at once has the clean, free-from-defects look of a modern production but also appears intrinsically bound to features from the classic 70s era. Despite the pervasive grain and heavily textured look, detail is strong where it needs to be, bringing the environment to life and drawing into focus the increasingly weathered and aged looks of the core characters.

The colour scheme skews towards sepia, with a golden hint of 'magic hour' to the feel of the piece, retaining vibrant jungle tones but playing up the yellows and browns with few primaries in sight. Black levels are strong; perhaps the only elements which come close to scrutiny as the darker more shadow-driven sequences do their best to maintain clarity. It's a wonderful looking piece though - distinctly not for the digital generation who don't know or care to experience films with rich grain - but demo in its own way nonetheless.

The accompanying lossless DTS-HD Master Audio 5.1 track is an immersive affair, building slowly through the echoing hallways of the boys' clubs, taking stock of the relative quiet of the English countryside, before creeping into the jungle environment, replete with almost persistent insect noises and animal sounds. It's intoxicating and sometimes quite overwhelming.


The soundtrack is often both intoxicating and overwhelming

Dialogue remains well-placed across the frontal array, defined clearly and coherently throughout, with Hunman's properly enunciated words refined whether whispered or shouted, whilst the understated, often non-existent score lends a soulful and frequently melancholy passion to the voyage, even inspiring a hint of apt dread in its tones. Plenty of classical excerpts are used too, to great effect, creating a heady mix of rousing fervour and quietly mounting tension. It's the aforementioned effects that often stand out, however, coming thick and fast in the jungle environment, leaving the boat seldom feeling safe when surrounded by the impenetrable jungle on both sides, practically alive with its incessant noises. A great track matching up to the great video.

Disappointingly dropping the reportedly excellent Commentary from writer/director James Gray, as well as almost all of the other features available on the Region A-locked US release, the Region B-locked UK release instead offers a couple of short Featurettes - a Behind the Scenes overview Featurette, and a more intimate look at the real Percy Fawcett - as well as a couple of more lengthy Interviews, with Gray and actress Sienna Miller. It doesn't make up for what we lose, but it's far from bare bones. In The Lost City of Z, writer/director James Gray goes out of his comfort zone to deliver a rich and intoxicating trip into the jungle which is well worth investigating. It's perhaps Charlie Hunman's best (and, some might argue, only good) performance, and evokes a sense of mystery, dread and even spiritualism which is rare to find in films these days. The Region B-locked UK release promotes excellent video and audio and a solid set of extras in spite of the fact that we lose almost everything that adorned the US disc. Recommended.