The Lord of the Rings: The Two Towers Movie Review 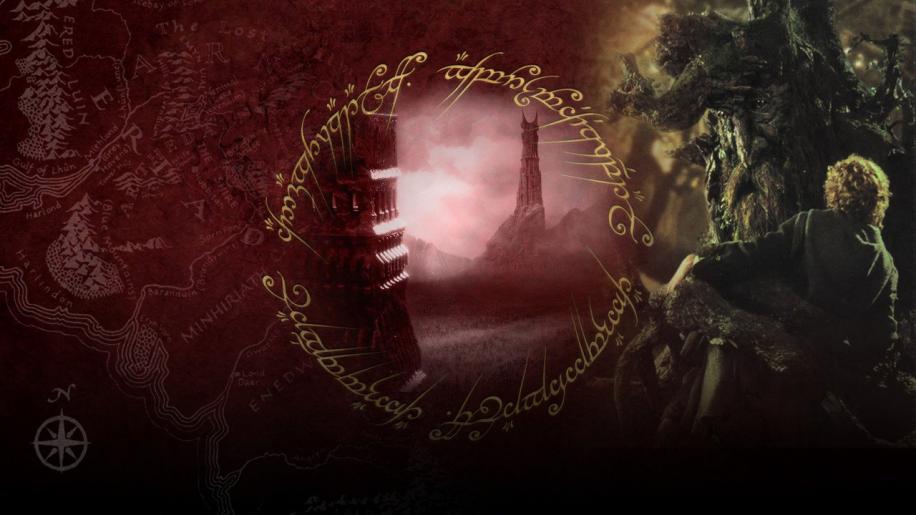 Along the way, the Fellowship is divided and they each go on their separate missions, going through their own individual story arcs. Two Towers sees Frodo and his best friend Sam on their quest to destroy the Ring, (knowing that it is the only way to destroy its maker, Sauron), now accompanied by the Ring's previous owner, the mischievous, tortured Gollum. Meanwhile we witness the fall and rise of the Kingdom of Rohan, and the three warriors, Aragorn, Legolas and Gimli, go on to stave off 10,000 Uruk-hai (super-orcs) at the monumental battle of Helm's Deep. All the while, the wise wizard Gandalf, who has been helping them throughout, has to contend with Sauron's most powerful lieutenant, the dark wizard Saruman. Return of the King concludes things by seeing Aragon, now revealed to be the long heir to the throne, return to be the King. It sees the uniting of the free peoples of Middle-Earth for one last battle, where they eventually come together to fight to the bitter end as the last step is taken to destroy the Ring once and for all.

The noteworthy highlights will always be the battle sequences, which were increasingly epic across the movies, with Fellowship of the Ring memorably showing us for the first time Aragorn's abilities as a warrior, and Balin's Tomb giving us that towering Cave Troll and some series Fellowship teamwork. Although it kicked off at the end of Fellowship, the tremendous confrontation between Gandalf and the demon Balrog really hit it stride in Two Towers, with the aforementioned Battle of Helm's Deep (remember those insane ladders that were propped up as the siege progressed?) providing the epic confrontation at the end. Return of the King took things to another level yet again, with the epic riding of the Rohan's cavalry to the rescue of Gondor just one highlight in the many 'against all odds' moments that this monumental conclusion gave us. Best Director and Best Picture-winning, it was a thoroughly fitting conclusion to the trilogy.

That's not to say that the movies were without fault. Fellowship was easily the weakest and least polished of the three, but this was largely forgiven due to it very much being an introduction to the characters, and a heady taste of what was to come. Two Towers provided more action (arguably Helm's deep is the most memorable battle sequence across the trilogy, even if it is not the largest) but suffered marginally from basically having nobody in real peril. Sure, there were threats, but you knew everybody would be ok in the end, often with the cavalry riding in to the rescue (a situation replicated a stupid number of times during the third act of Return of the King) leaving the film feeling very much like just a stepping stone to the final instalment rather than a solid 'Empire Strikes Back' entry. I never much liked what they did with the inadequate tree-creatures (Ents), the CG failing miserably and their size and actions varying inexplicably, and that became something of a silly point in the movies.

And Saruman's random disappearance from the trilogy was also massively annoying on the Big Screen, as you had to wait for the extended cuts to find out exactly what happened to this, the best of the villains (one of the many problems which now plagues this theatrical cut Blu-ray release, as he just does not make an appearance in Return of the King). Most of the family-fun goofing done by the Hobbits also irritated me, (Mary - how you pronounce it - and Pippin acting as the bumbling droids of the trilogy) although this does not get significantly intrusive until after a few hours have elapsed. The Rings' answer to Harry Potter himself, the child-like Elijah Wood (who made for a disturbingly convincing cannibal serial killer in Sin City) simply frustrates as Frodo, whose own exploits seem utterly random when you consider the epic battles going on just down the road from him. And don't even get me started on Orlando Bloom's one-note Legolas, the androgynous elf who perpetually gazes into the distance.

But there is just so much to love about it all that you will likely forgive any shortcomings. Any facets that you might have personally wanted changed/omitted are simply pale in comparison to the thespian powerhouse wizardry of Ian McKellen's Gandalf versus Christopher Lee's dark Saruman (Lee, at the peak of the twilight of his career, with this and his performance as Count Dooku in the Star Wars trilogy giving us two of his most memorably villains), and the macho heroics of Viggo Mortensen's Aragorn (a performance that massively reinvigorated his previously dying career), whose romance with Liv Tyler's picture-perfect Elf Princess Arwen is timelessly captured. Andy Serkis' motion-controlled CG-gollum (surely, from an effects point-of-view, a direct precursor to the Na'vi in Avatar?) is given the most harrowing, pitiful story arc, as only Serkis could accomplish. And who can forget Sean Bean's courageous exit in the first movie?

Tremendously powerful, magically enthralling, utterly compelling and totally exhilarating, the Lord of the Rings trilogy is arguably the best trilogy ever conceived (a lesson for Lucas should he bring any more Star Wars films to the Big Screen) and also arguably the best cinematic interpretation of a series of books (topping Harry Potter for consistency, although personally I can't stand the geeky child wizard, even if the world he inhabits is mildly engaging). It really is a collection that is worth your time and money, and is worth getting into, having an unimaginable amount of rewatch value and creating a whole new fantasy world (and a much deeper one than in Avatar) for you to get lost in. This edition, however, is certainly not the definitive one to pick up, it's just a shame that it is probably all that fans will be able to console themselves with for the next year or two. An amazing trilogy not done justice by its debut Blu-ray release.

(It should be noted that I am scoring the Theatrical Cuts here, and not the Extended Editions, which would have received a higher overall average)