The Lord Of The Rings: The Two Towers DVD Review 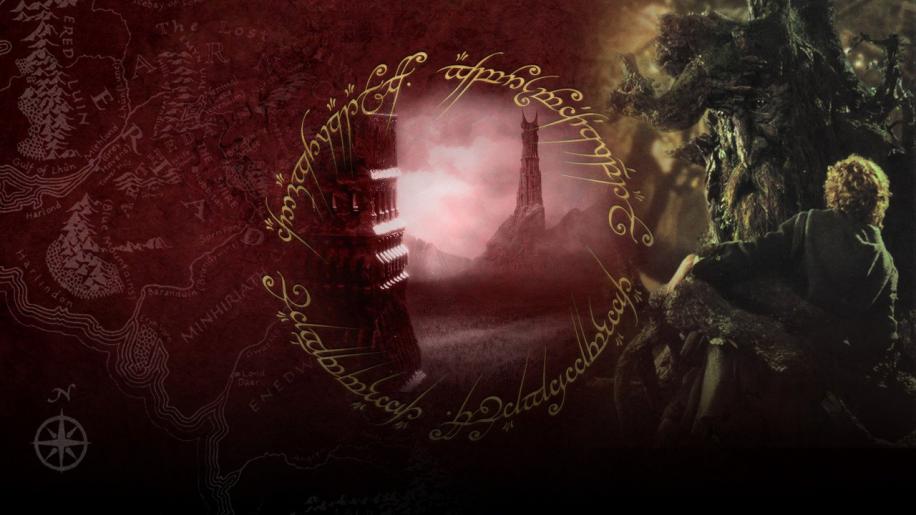 New line Home Entertainment once again proves they are one of the best DVD disc producers today. The Anamorphic 2.35:1 widescreen image presented here is almost flawless, I say almost as I did manage to see a few small flaws in the print, but this does not distract from the overall presentation. There is a general softness to the image that is most noticeable in wide angled shots of battle scenes, or scenes where the camera pans over the stunning New Zealand countryside. Yet close ups are the opposite with copious amounts of fine detail and sharpness present. Other slight flaws included some rather noticeable edge enhancement during the very bright scenes and against light backgrounds, but again it is nothing to complain about really. What we have to remember is that this film with its long running time and extras are on just one disc, so with the huge amount of space needed to hold this information, it is actually a miracle that the transfer looks near perfect.

The transfer also produces excellent colour depth and stability with no signs of bleed or blooming and there is an excellent amount of shadow detail present, with blacks looking strong and solid. Flesh tones are natural and lifelike and again the detail shines through with those close up shots. The entire image has a glossy feel, like an expensive magazine type of sheen about it, which just looks gorgeous. This print is very nearly perfect and I can't wait to see the 4 disc special edition when it arrives in November. The image on that should surpass this edition by some margin and that will be an achievement when this print looks so good.

The layer change is at 1h30m during a major battle scene but this is not very noticeable unless your player is slow at changing over.

We have to wait until November for the DTS-ES soundtrack, but in the meantime this Dolby Digital 5.1 EX (448kbps) sound mix is more than adequate. In fact there are times when the whole experience gets downright scary!

Right from the beginning of the movie the surrounds and LFE channel are on full work out providing an aggressive and enthralling sound mix. The dynamics on offer from this soundtrack are brilliant and used to great effect throughout, and especially the Battle at Helms Deep. As the Orc's line up for battle they start to intimidate the soldiers in the fortress by banging their weapons onto the ground in unison. The weight of the LFE channel is very impressive, actually moving air in your room and getting to the lower reaches of the bass response.

It's not all about battle scenes either, with some excellent subtle sound mixing used through the quieter moments. The entire experience created by this soundtrack is as enveloping a sound mix as you could wish for, with some fabulous aggressive split surrounds and heavy LFE as well as subtle touches thrown in. Excellent!

Kicking off the extras for this set are two promotional Featurettes covering the production of the movie. The first is a Warner Bros. produced feature which at 43 minutes covers the main areas of production as well as focusing on the crew members and what they got up to when not filming. The second is a more interview based feature with some behind the scenes footage and runs at approximately 6 minutes.

Next up is a shot film called "The long and short of it" directed by Sean Astin. This film was made during downtime on the main set with cast and crew giving up their spare time to help Sean make his directorial debut. The film is an enjoyable 5 minutes with some funny cameos thrown in. Also included is a behind the scenes look at making the short film.

A cinema masterpiece? I would say so and it is presented here with excellent audio and visuals, with a healthy amount of extras thrown in.