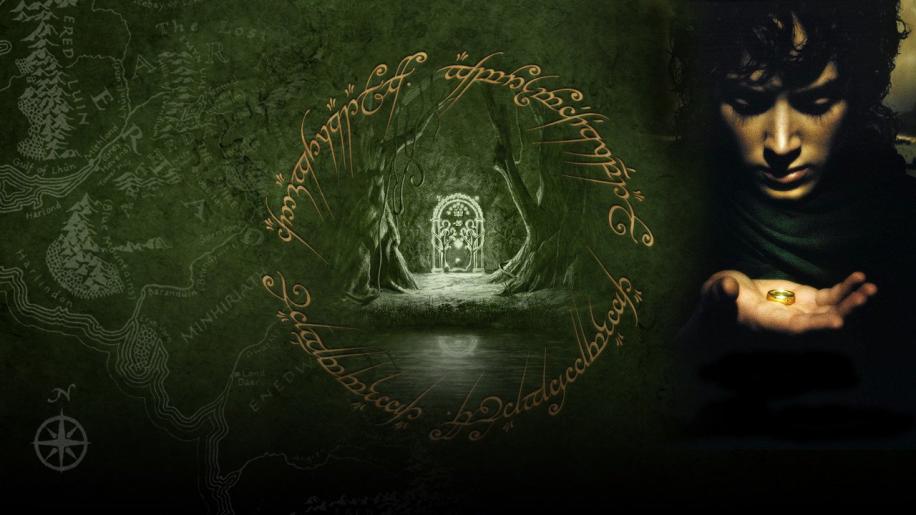 We're delighted to report that EiV has done a great job with this anamorphic 2.35:1 transfer. The film throws out a wide variety of locations, each of which with its own challenges (such as the bright colours of Hobbiton and the dark streets of Bree). However, the two sequences that will stick in your mind and highlight the success of the transfer are the journey through Moria (Chapters 27-30) and the visit to Lothlorien (Chapter 31). The former takes place in dimly lit cavernous halls, but still manages to pack masses amount of shadow detail and colour separation into the image. The latter employs a soft focus effect, which crates a more subtle palette, suffused with golden sunlight. However, neither manages to trip up the transfer and the entire film is free from grain and digital artefacting.

The disc features Dolby Digital 5.1 EX and Dolby 2.0 mixes plus English subtitles. The 5.1 EX mix is reference quality. It's hard to pick a favourite sequence, but for our money your best bet is to check out the build-up to the Orc attack on Balin's Tomb (Chapter 29), which makes incredible use of the surround speakers as you slowly begin to hear the sound of Orc voices and drums reverberating around your theatre. If you fancy giving your sub a work-out then you should also take a gander at the Balrog attack (in Chapter 30), in which each of the creature's foot-falls rumbles through your body. All this, and superb dialogue and music separation - what more could you ask for?

All of the additional features are confined to the second disc and take the shape of the 17-minute Welcome to Middle-earth: Houghton Mifflin Special (a promotional featurette designed to give a brief look at the making of the film and also to shift copies of the official tie-in books), the 21-minute Quest for the Ring: Fox TV Special (a traditional pre-release promo featurette with some insights into the production and plenty of footage from the film), the 41-minute A Passage to Middle-earth: Sci-Fi Channel Special (a superior promo featurette with plenty of behind-the-scenes footage, cast and crew interviews, concept art and more), 15 five-minute featurettes produced for lordoftherings.net (Finding Hobbiton, Hobbiton Comes Alive, Believing the World of Bree, Ringwraiths: The Fallen Kings, Rivendell: The Elven Refuge, Languages of Middle-earth, Two Wizards, Music of Middle-earth, Elijah Wood, Viggo Mortensen, Orlando Bloom, Cate Blanchett, Liv Tyler, Ian McKellen and Weathertop: The Windy Hill), which make for an interesting look at the locales, cultures and characters created for the film. You'll also find two teaser trailers, the theatrical trailer, six TV spots, Enya's May it Be music video, a three-minute preview of the Special Extended DVD Edition featuring clips from the restored footage and previews of extra material created exclusively for the upcoming four-disc set, a three-minute look at the creation of Electronic Arts' The Two Towers computer game and finally, an 11-minute behind-the-scenes preview of The Two Towers, featuring interviews and footage from the new film.
It's not the very best collection of features we've ever seen, but then all of the great special features will appear in the Special Extended DVD Edition due in November, and as far as the casual consumer is concerned, this is all they will ever need. The rest of you will just have to wait.

A fantastic film on a great DVD. The only question now is whether or not to hold out for the upcoming four-disc edition instead.