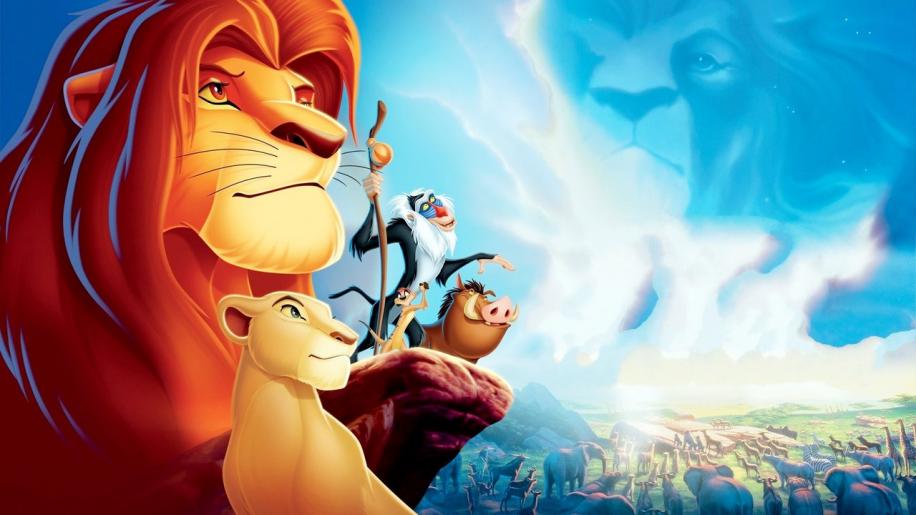 In 1994 the animation box office takings were small compared to full feature films, that was until the release of The Lion King. The story was a departure for Disney. There would be no adaptation of a well known fairy tale, instead the producers would develop the project using new material and tell the story using animals. In fact the opening 4 minutes of the movie is told using images and music, with no dialogue present.

The story follows a lion cub called Simba who is born into the royal family of pride rock, the son to the present king Mufasa. Simba will be next in line to the throne much to the annoyance of Mufasa's brother Scar who thinks he should be the next king of the pride. Scar with the help of some hyenas, plots to get rid of Mufasa and Simba so he can take over as the King. Simba escapes the resulting plot and takes up home in the jungle with a Meerkat and warthog. Many years later he meets a friendly face from the past and discovers within himself his responsibility. The story is a coming of age tale where real emphasis is placed on responsibility and duty to others. This is done without the movie preaching to its audience; instead the tale is well paced and quite adult in its themes. It is told in such a way that younger viewers will take on board the important issues of death and responsibility and will be able to ask parents about them. The movie is also one of the funniest animated features ever to come out of Disney, with some real adult humour hidden in there for the parents (or big kids like me).

Originally pitched as "Bambi in Africa" to the studio in 1990, many of the so-called "A-List Animators" passed up working on the project to instead work on Pocahontas which was seen as the big picture. This was down to the fact that many of Disney's most popular stories involve human characters and the general feeling was that a film about animals in an African setting would be a straight to video flop. However certain interesting things began to happen with the main catalyst being 5 fantastic songs written and composed by Tim Rice and Elton John. Once the team heard these songs the story began to develop with inspiration being sought from sources such as Shakespeare's Hamlet and a mix of Bible tales. The team behind Lion King admits that the end result was a complete fluke, nobody can say why the film was the success it turned out to be.

The success of the movie was unprecedented at the time and remains Disney's most popular title, so a DVD release of this film has been long overdue. The DVD would have to also satisfy today's market with perfect video and sound including a host of extras, so has Disney done the job right?