As TV show reboots of movies go, it's surprisingly bingeworthy, and more Michael Connelly can't be a bad thing. 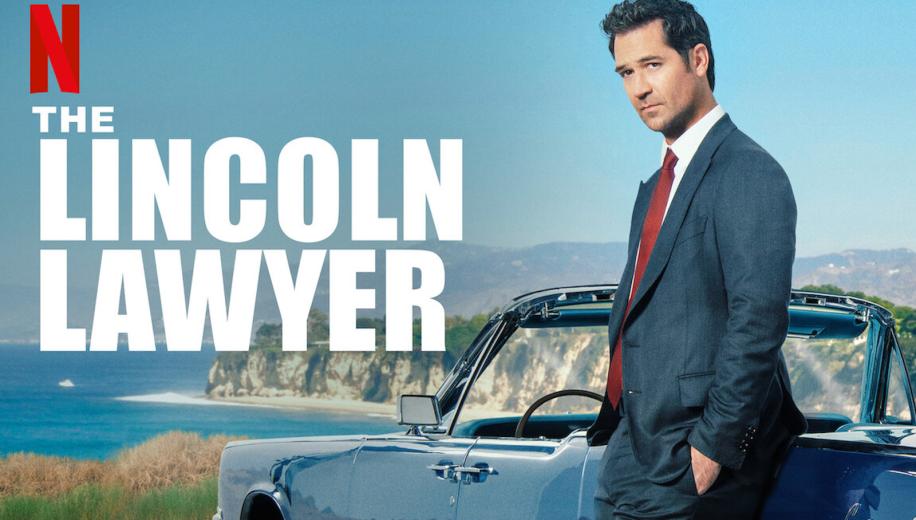 Netflix launches a pretty entertaining new David E. Kelley lawyer thingy, which is as slick as it gets, but enjoys a charismatic lead in Manuel Garcia-Rulfo.

Sure, this is no Goliath, and Garcia-Rulfo is no Billy Bob Thornton, but even Goliath went off the rails more than once across its four seasons, and certainly didn't have enough electric courtroom action - ditto for HBO's gritty new reboot of Perry Mason - whilst The Lincoln Lawyer is classic Perry Mason through and through, with a maverick lawyer who often (in the 11th hour) figures out the angle that'll get his client off. At risk of being massively over-produced - it oozes slick production values and moves at a punchy, unforgiving pace - the cast somehow win you over, and it's an addictive piece of fast food TV.

Once renowned as one of the best criminal defense attorneys in LA, Mickey Haller has his demons, but he is ready to get back to work, which is good because a tragic death sees him inherit an entire law firm as well as a slew of criminal cases including one big fat murder that could make or break his career. Juggling working with his ex-girlfriend and her new boyfriend, shared custody of a teen daughter with his ex-wife - who happens to be a prosecutor, the challenges of staying clean - and inheriting not just an unmanageable number of cases but also the threats of some of the more interested parties who plagued his predecessor, Mickey does his best to keep his head above water and maybe find some justice along the way.

Netflix serves up The Lincoln Lawyer in 4K Dolby Vision with Dolby Atmos, and it's a good looking production, enjoying the sunny LA locations and rich production values, with impressive detail and a vibrant colour scheme. The Atmos track is pretty punchy too, affording a little welcome bass even in the thrum of the incidental score, however be wary of lip sync issues - episode 2 is unwatchable in Atmos. Thankfully, the relatively painless workaround is to select the 5.1 track instead, which is perfectly serviceable.

There's a lot of familiarity to The Lincoln Lawyer (which made for quite the decent Matthew McConaughey flick back in 2011), not least because every damn hotshot lawyer has to be portrayed like this - from Cruise's work in A Few Good Men and The Firm to Keanu Reeves' Devil's Advocate, Richard Gere's Primal Fear, to McConaughey's own earlier A Time to Kill. Netflix's Lincoln Lawyer has an over indulgent 10 episodes to tell a movie-sized story, but there's precedent for that (arguably 1995's Murder One pre-dated Jack Bauer's 24 for telling a single story over the course of a full-length season; by comparison 10 episodes is a "Limited Series"), and it has a slick style synonymous with the name David E. Kelley (dating from the recent Goliath all the way back to L.A. Law), but that doesn't make it any less effective as pure entertainment, with Michael Connelly's books forming a solid foundation (this first season's based on The Brass Verdict, so the story is different from the McConaughey film).

And the magic bullet here is Manuel Garcia-Rulfo, an unusual choice for a lead, especially given he was so damn convincing as a viciously sadistic drug kingpin in Goliath, but it's a clever move. Sure, he oozes the charisma required for the role, but thankyfully there's no sign of the smugness or cheesy grinning so often associated with it. There's a degree of considered intelligence here, allowing the more dramatic moments to resonate (even if the poorly-edited flashbacks threaten to undermine this).

Better constructed than the recent Reacher (in that, in adapting a book, there's far less obvious padding here), and with a game supporting cast - Neve Campbell's the biggest name, but it's the likes of Nightflyer's Angus Sampson and CSI's Ntare Guma Mbaho Mwine who are more interesting, with Ugly Betty's Becki Newton stealing the show and showing so much promise you kind of hope they use the seeds sown here to formulate a spin-off with her taking centre stage.

If you like your legal dramas slick, compelling, but not completely unpalatably banal (compared to Kelley's recent Anatomy of a Scandal - also on Netflix - this is practically a documentary), give The Lincoln Lawyer a shot - as modern TV show adaptations of movies/books go, it's not bad at all.

The Lincoln Lawyer's complete first season is available on Netflix from 13th May 2022, in Dolby Vision and Dolby Atmos.